The first major international staging of the musical The Color Purple since the Broadway revival opens in Joburg this month with an all-South African company.

‘What is set to be the highlight of the South African theatre calendar in 2018,’ says Bernard Jay, Executive Producer of the South African premier production of the musical The Color Purple, ‘will thrill, excite, engage, enthral and emote audiences like no other musical before it.’
The Color Purple is glorious among musicals in that it entertains and ultimately uplifts audiences to a state of sheer joy, while taking them on a passionate journey of an inspiring family saga – telling the unforgettable story of a woman who, through love, finds the strength to triumph over adversity and discover her unique voice in the world.
The musical The Color Purple is based on the 1982 novel written by Alice Walker and the 1985 motion picture directed by Steven Spielberg. The musical’s book is by Marsha Norman, with music and lyrics by Brenda Russell, Allee Willis and Stephen Bray. Set to a joyous score featuring jazz, ragtime, gospel and blues, it’s a story of hope – a testament to the healing power of love and a celebration of life. 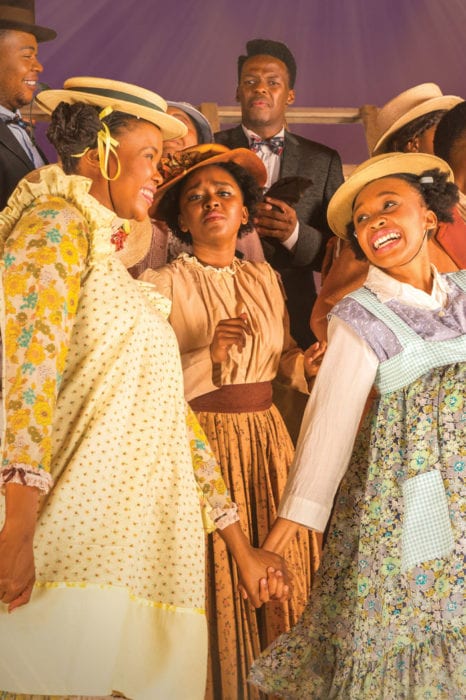