The saying ‘standing on the shoulders of giants’ is often used when describing an individual’s successes. Of course it recognises past greatness, it ensures humility is noted, but it sometimes blinds us to the hard work that the individual has put in, alongside colleagues and team members.

This came to mind recently when I attended a fundraising event for Sacred Heart College (a Marist Brothers school in Observatory, Johannesburg), sitting on a panel with the title ‘In Order to Shift Mountains We need to Move Stones’. The function had been facilitated as the school is currently raising funds for a music, art and drama centre.
While BASA does not actively work with schools, we have over the years had some interaction with Sacred Heart. The Johannesburg Stock Exchange, through their CSI programme, has supported the school’s Three2Six Project. The project sustains the children of the refugee community living in Yeoville, opening a space for schooling in the afternoons. It has a particularly powerful arts education programme – and it was this that the JSE supported, together with a small Supporting Grant from BASA. The visual narratives, ‘Migrating Imaginations’, which came out of the arts programme, were deeply moving, describing the horrors that young children go through as they flee the violence of their home countries, but also demonstrating their resilience.

While BASA does not actively work with schools, we have over the years had some interaction with Sacred Heart

While working on these partnerships, I was introduced to the headmaster of the school, Colin Northmore. It was in meeting him that I wondered if the ‘shoulders of giants’ metaphor really held. Northmore, in his humility, is quick to suggest that his activities in the school are borne from ‘the giant shoulders’ that came before him, and yet there is no doubt that his leadership is both transformative and transformational. He has enabled both staff and students to take responsibility for the direction of the school, identifying the idea that everyone can lead, that it is a powerful co-creative experience that can happen between peers and extend more broadly outwards – a little like the flap of the butterfly wings, or a pebble in a pond. 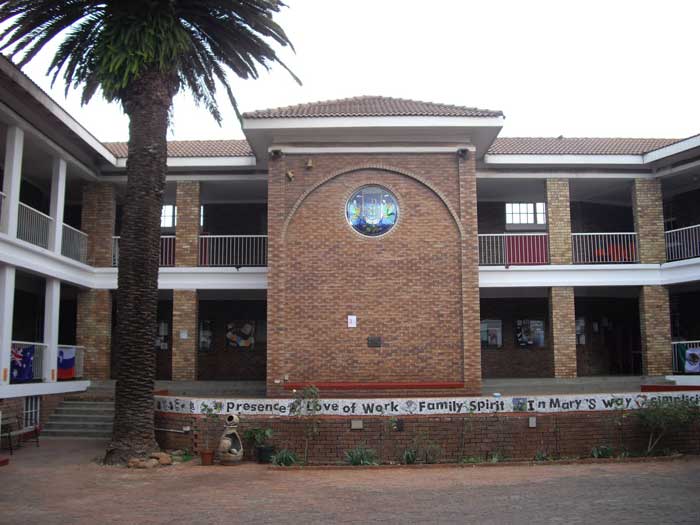 I have been reading a theory on the concept of transformative leadership by the authors Donnelly and Montuori. The document starts with a reflection on the profound change our world is experiencing. The prefix post, we are told, implies that what we traditionally know, is ending – post-industrial, post-modern and, most recently, post-normal. But there is no clear sense of what comes next in this uncertain world, and so the authors describe the need for new leadership – specifically transformative leadership – in society. This paradigm shift in the world is of course one that is described by economist Satyajit Das in his book, A Banquet of Consequences or The Age of Stagnation.
Donnelly and Montuori say, ‘The basic premise of transformative leadership is that in this transformative moment, everybody contributes to, and in fact co-creates, the world we live in. Every choice, every action, every discussion, every interaction is a reflection of how we are leading our own lives. Transformative Leadership invites everybody to ask what kind of a world they are creating through their thoughts, beliefs, actions and interactions, and to compare that with the kind of world they would like to create. This is a participatory process of creative collaboration and transformation for mutual benefit.’

The prefix post, we are told, implies that what we traditionally know, is ending – post-industrial, post-modern and, most recently, post-normal

Sitting on the panel at the fundraiser for Sacred Heart, I was deeply aware that while each speaker, and indeed leader in their own right – Sim Tshabalala, Greg Maloka, Chichi Maponya and Geraldine Fraser-Moleketi – came to their answer on the topic of moving stones differently, and from different points of view, they each highlighted the need for doing, for being individually proactive, for being true citizens in society.
For myself, I was interested in the idea that to move stones is both literal and metaphorical – perhaps stones will move themselves if they have empathy and are ‘moved’ by the world around them. Perhaps if each individual focuses on empathy, and cultural intelligence, on the art of really listening and engaging, we may see mountains shifting.
At the core of the transformational leadership discussion are Being, Relating, Knowing and Doing. These concepts frame the entire discussion. With this in mind, we can differently consider how we engage in the world, how we relate, co-create and collaborate (stretching beyond our easy partnerships). If we do this individually, it goes beyond standing on the shoulders of giants, but taking responsibility for nurturing the seeds and building the society we really want and need. We can certainly learn a lot from Sacred Heart, its alumni, pupils and staff.