Taking the time to sit down and put your entire year into perspective is a strange practice, but it has its benefits. For the better part of this year, I’ve been writing about performance and the arts for this magazine. It’s been important to me in many ways, not least because it’s forced me to think about the performative arts in ways that I haven’t previously considered. Looking back at the shows, people and places I’ve written about, they have the makings of a what was truly phenomenal year for South African art. 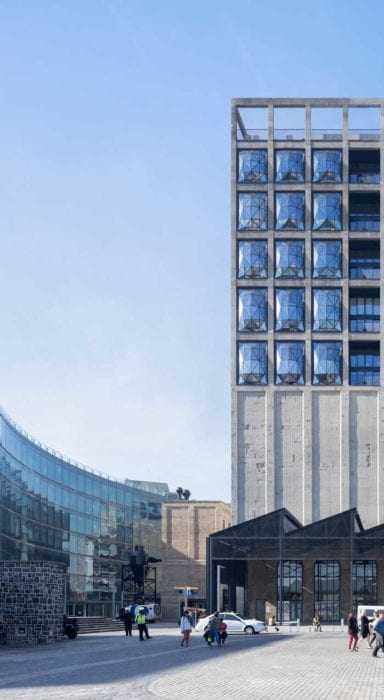 Over the course of 2017, I saw young and passionate stand-up comics take to the stage for their first gigs in packed-out bars, and saw artists open their debut exhibitions to massive audiences. I witnessed ground-breaking musical acts across Joburg’s many pubs and clubs, saw jazz musos play into the early hours of the morning in Cape Town, and listened to writers find their voices at impromptu poetry workshops in Durban.
I had my heart broken by Steven Cohen’s solo show at the Stevenson gallery, my boundaries tested by Robin Rhode at the FNB JoburgArtFair, and my entire world shifted by a revisiting of Reza De Wet’s Diepe Grond (African Gothic) at UJ’s Con Cowan Theatre. This was also the first year in a good few years that I skipped the annual National Arts Festival in Grahamstown – an event that I’ve come to rely on for getting my fix of new, inspiring work. To fill the gap, I forced myself to seek out new places, spaces, and works in a sprawling city that’s still largely foreign to me, and ended up seeing truly inspiring pieces of work, both formal and spontaneous. There were muralists and graffiti writers leaving their marks around town, there were dancers letting loose and doing their thing right there in the middle of the street, and there were those evenings when, in search of nothing more than a quick dinner and a show, I ended up dancing and drinking and talking late into the night.
That’s the thing about performance: It can really only reach you if you’re willing to open yourself up to it, and give it something in return. This is true for those of us who perform as well as those of us who witness performance. Because you can’t expect to be moved – and I mean really moved – by a piece of art or music or theatre unless you’re willing to put everything else on hold and simply engage with what it is you’re seeing, doing, or listening to. And when you start doing that, you begin to view things differently.

By its nature, performance involves difference and discomfort. Difference, because each time you view a performance, it will either be an entirely foreign experience, or it will not be exactly as you saw it the first time, and discomfort, because a good performance will change your ways of seeing and understanding the spaces you tend to occupy. Perhaps the best thing about performance is that if you engage with enough of it, it begins to inspire in you both of these things. You start to actively seek out difference and discomfort in your daily routines, and depending on how you go about it, you’ll learn to embrace it.
2017 was a year of good things and of bad things if we’re looking at what the headlines tell us. If we’re looking at the performances we saw and the artworks we engaged with, however, the past year will likely take on a fuller and more positive light. Maybe you went to see your favourite band live, or finally went to see that show at the theatre you kept hearing about. Perhaps you visited an exhibition worth talking about, or you treated yourself to a really good film. It’s these pieces of art and performance that leave us feeling better off for having engaged with them at the end of the day.

For the better part of this year, I’ve been writing about performance and the arts for this magazine

So at the risk of coming off as a little too preachy: Go and see more art this holiday season. Even if you’re dead tired and ready to spend 15 consecutive days on the couch, try to commit yourself to seeing at least one new work or performance you’ve had on your to-do list. If you’re in Cape Town, go and visit the new Zeitz MOCCA or book a ticket to the Kirstenbosch Summer Concerts. If you’re in Joburg over the holidays, make use of the rare December stillness of the city and take yourself gallery-hopping, or maybe even celebrate the New Year at the debut South African Afropunk Festival. If you’re in Durban, go vinyl-hunting at Kaya Records, art-binging in Glenwood, or treat yourself to some live jazz at the BAT Centre. Whatever you do, try and make a habit of doing it, and get a head-start on a performance-filled 2018.