While the MTN SA Foundation’s core focus has been education and socio-economic upliftment of communities through ICT, they have recognised that there are other initiatives deserving of support that align with MTN’s position as a socially conscious company. 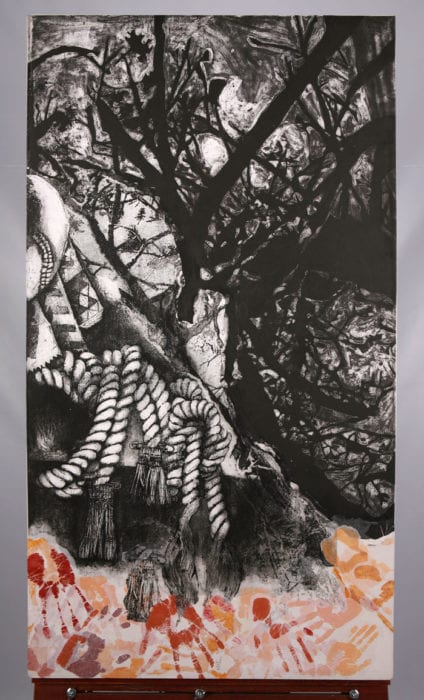 Many of these projects allow the MTN Foundation to make a contribution to priorities of national importance that benefit the broader South African community. Among others, these priorities include an awareness of the HIV/Aids epidemic, acting against gender-based violence and child abuse and raising awareness for people with disabilities. In September 1997, MTN decided to support South African artists. This marked the beginning of what was to become a leading corporate collection of South African and African art. Now 20 years later, the Art Collection now comprises some 1 500 African and South African works by African artists from across the continent and abroad in most of the currently explored mediums. With this diverse art collection, the MTN SA Foundation has, since 1998, initiated many arts-focused CSI projects in skills training, publishing, awards, national touring exhibitions and internal exhibitions at MTN’s head offices. One such internal exhibition, the MTN Activism & Awareness Exhibition, is curated around the themes of 16 Days of Activism against gender-based violence and child abuse – which starts on 25 November, HIV/Aids Awareness Day on 1 December and International Awareness for Persons with Disabilities Day on 3 December. The MTN Activism & Awareness Exhibition allows an opportunity for staff and visitors to MTN’s head offices on 14th Avenue in Fairland to engage with artworks that include the following: 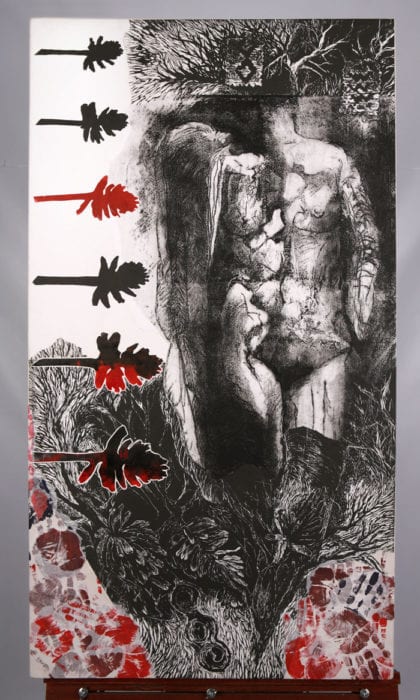 Break the Silence was a collaborative project coordinated by the Durban based NGO, Art for Humanity (AFH) in 2000 and culminated in the production of a portfolio of prints by South African and international printmakers who aimed to raise awareness about the worldwide HIV/Aids epidemic.

Proud Survivors is a body of work produced in 2004 by Beverley Samler and Lisa van Wyk in collaboration with women from peri-urban areas around East London who were not only acknowledged as victims but also celebrated as proud survivors of gender-based violence and abuse.

The Ukwelapha: Healing series of six linocuts by late artist and prolific activist against gender-based violence and child abuse, Gabisile Nkosi, also features on this exhibition. In a fate of tragic irony, Nkosi herself was murdered, allegedly by her boyfriend, in 2008.

In recognition of persons with disabilities, the MTN Foundation is also proud to feature the Blind Alphabet (Babery – Bigeminate) installation of sculptural pieces produced by renowned South African artist, Willem Boshoff, between 1993 and 1994. This series of sculptures enables the visually impaired viewer to become an enlightened informer to the sighted viewer experiencing the same artwork.

The MTN Activism & Awareness Exhibition is open for viewing, by appointment only, from the 25 November 2017 to the end of February 2018, at MTN’s head offices on 14th Avenue in Fairland, Johannesburg. Please contact Niel Nortje on niel.nortje@mtn.com for further enquiries.