Known for her ‘titillating and seductive theatre’, Jemma Kahn has been recognised for her inimitable contribution to the industry with the 2017 Standard Bank Young Artist Award for Theatre. 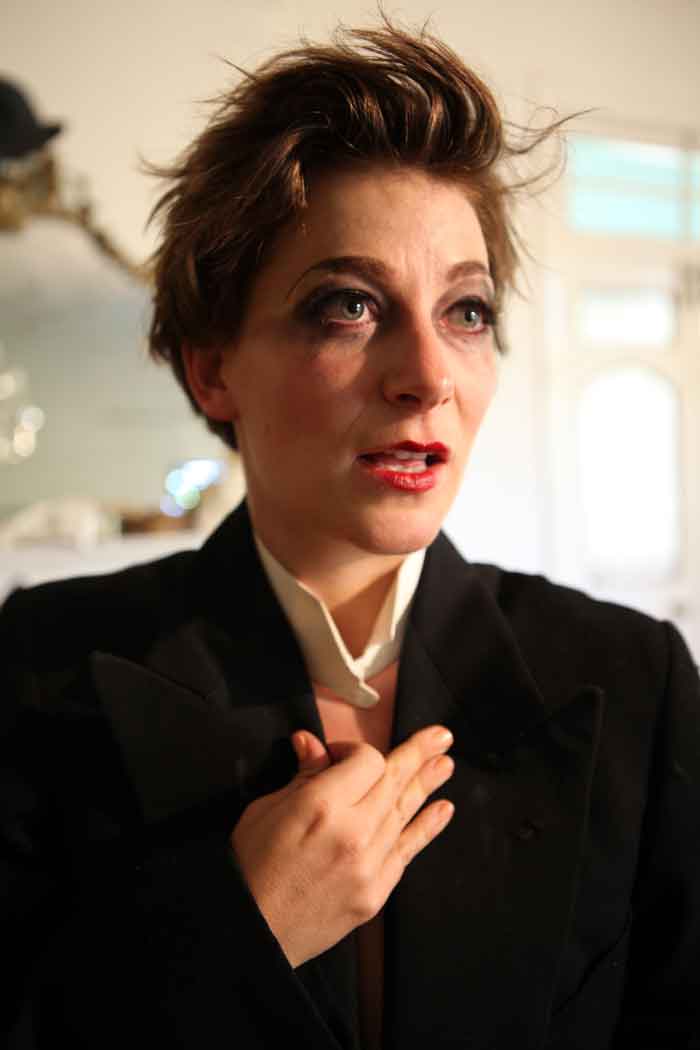 ­ ­ ­  Having started her university studies in fine art before changing to drama, Jemma Kahn’s style of storytelling is visually unusual and her use of the Japanese art of Kamishibai makes it distinct and instantly recognisable. Kamishibai, which is a form of ‘paper drama’ storytelling that originated in Japanese Buddhist temples in the 12th century, where monks used emakimono (picture scrolls) to convey stories with moral lessons. ‘When I saw it in Japan I realised I was watching something my country had never seen before,’ she says. ‘That is an extremely powerful thing and I wanted to do it as quickly as possible before someone else did. It was such a mesmerising medium. I thought I had to be the box lady. I don’t undervalue the importance of that uniqueness.’
­ ­  Kahn is best known for her kamishibai trilogy, which consists of The Epicene Butcher and Other Stories for Consenting Adults, We Didn’t Come to Hell for the Croissants and In Bocca Al Lupo. The productions combine her love for illustration and design with her passion for theatre, with hand-drawn storyboards displayed in a frame being central to this kind of storytelling – serving as a prop, set and backdrop. She combines hyper-realistic sketches with the abstract. Quirky anime-style cartoons meet satirical caricatures.

­ ­ ­  These works, which are often created with her ‘fantasy football team of collaborators’, have become world-wide cult hits, with The Epicene Butcher being performed over 400 times, with numerous critics (and even Annie Lennox) calling Kahn ‘brilliant’ and her work ‘unique and mindblowing’, ‘raunchy and subversive’.
­­ ­  For Kahn, the Standard Bank Young Artist Award is ‘a wonderful affirmation that the thing I want to do – other people also want me to do it. I think every artist has periods of their life where they wonder if it’s the right thing that they’re doing.’ Will this award change the way she makes theatre? ‘That’s the tough thing, because working primarily in fringe theatre, the biggest obstacle you face is money and funding and so with the scale of the award you obviously start thinking a lot bigger. For me, it was quite an important step to remember the kind of work that I make – and its sort of quirkiness. The biggest change is that I will be able to pay collaborators well. That’s very valuable to me.’
­­  Though she isn’t ready (or able) to let too much out of the bag just yet, Kahn is currently working on her next piece, which is sure to deliver that unique quirkiness we have come to expect from her.

Meet all of the #SBYA2018 award winners: