The Bag Factory Artists’ Studios, in partnership with Strauss & Co and Everard Read, are delighted to announce that the winner for the 2018 Cassirer Welz Award is Richard Specs Ndimande. 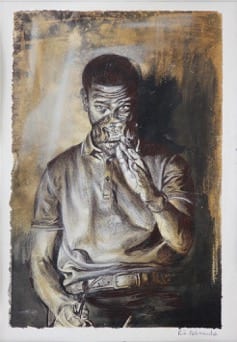 Now in its sixth year, The Cassirer Welz Award has given emerging artists an opportunity to showcase their talents to a broader audience. The award acknowledges artists specialising in sculpture, drawing and painting with an opportunity of a ten-week residency at The Bag Factory’s studios. The winners’ interaction with the Bag Factory resident artists, through the exchange of ideas, mentorship and skills development provides the artist with a chance for substantial creative and professional growth. The selected winner’s work will be exhibited during the First Thursday’s programme in Feb 2018 at the Everard Read Gallery.
“Strauss & Co is delighted to sponsor this annual award. We, as a company, have a strong undertaking to invest in young talent and our commitment to future artists presents a concrete opportunity for growth and development. Since its inception this award has seen the winners launch their careers and really start making a name for themselves within the South Africa art market,” says Susie Goodman, General Manager, Strauss & Co Johannesburg.
The award celebrates the lives of the late Reinhold Cassirer who was a renowned art dealer and Stephan Welz, the late art auctioneer and founder of Strauss & Co. This prestigious award has helped create and shape the lives and careers of artists such as Blessing Ngobeni and Tshepo Mosopa.
The nominated finalists for 2018 were: Alex Nkululeko Msibi, Chris Soal, Mbali Dhlamini, Neo Mahlangu, Richard Specs Ndimande.

About the shortlisted finalists for 2018: 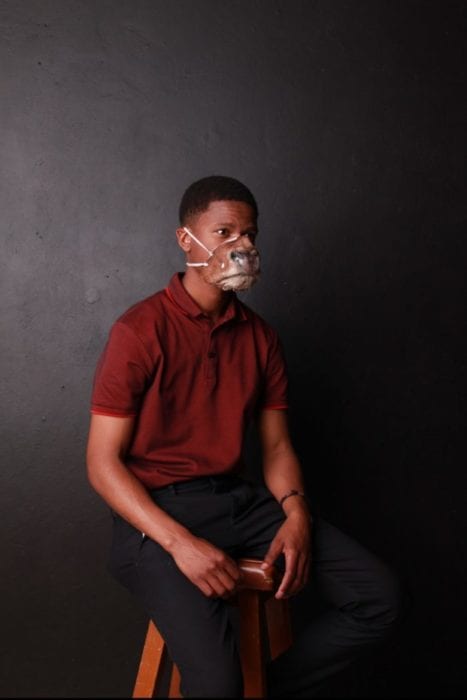 Richard Specs Ndimande – he obtained a National Diploma in Fine Art at the University of Johannesburg in 2016. He works in various disciplines of art making such as painting, sculpture, printmaking and drawing. He’s shown at the Turbine Art Fair 2017 with Res studio. He also participated in Shared Histories exhibition in Vancouver, Canada through North Island College and South Africa Apartheid Museum. In 2016 he showcased at the Sculptural Dustbin Project in Northcliffe Hills, by Gordon Froud, as well as taking part at University of Johannesburg as part of the Third year Group exhibition at Art, it is Gallery, Johannesburg.
Alex Nkululeko Msibi – Has been interested in Art at a younger age and a dreamt of becoming a professional Fine Artist one day. He was under the mentorship of Gerna Van Heyningen from Free State in Vrede for over seven years.  In 2008 he obtained the first position as a great painter and 2nd place in sculpting at the Grassland Meander Competition in Free State. In 2016 he won the Thami Mnyele Fine Art Awards for Painting Merit Award and Lizamore & Associates. Mentorship Programme, and hosted his first Solo Project in 2017 titled NKULULEKO- FREEDOM.

He works in various disciplines of art making such as painting, sculpture, printmaking and drawing 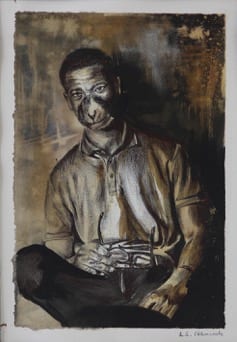 Chris Soal – He graduated with a BA Fine Arts from Wits in 2017. He’s been actively making art and exhibiting outside the University, working alongside Les Cohn, and at The Centre for the Less Good Idea with Bronwyn Lace and William Kentridge, as well as writing on art and culture for Bubblegum Club. He has participated in numerous Group exhibitions, such as Wits Young Artist Award, 2017. Group exhibition held at The Point of Order, Johannesburg as well as Taxi Art Foundation Award Top 30 Exhibition. 2017. Lizamore & Associates Gallery, Johannesburg.
Mbali Dhlamini – Graduated with an MA from Wits in 2015. Mbali is a multidisciplinary artist and visual researcher, who performs visual, tactile and discursive investigations into current indigenous cultural practices. She’s exhibited at Raw material Company in Dakar, Senegal in 2017, while she was a Raw Academy fellow. In 2016 she participated in Woza Moya experimental installation of substances that help awaken spirituality in Johannesburg, which was a Duo Exhibition, in collaboration with Marie Fricout at Goethe on Main project space in Johannesburg.
Neo Mahlangu – She graduated with a Graphic Design National Certificate, MICT, from Umuzi. Her work is deeply concerned with holding on to the deep human connection in a saturated tech world. She has participated in numerous group exhibitions, such as the 2017 Untitled Group Exhibition, St. Laurent Art Gallery, Brooklyn, Pretoria. She’s also showcased her work at the Bag Factory 2017 Salon Sale and also participated in a Group Exhibition August House Open Studio, Doornfontein, Johannesburg.