Over the last 40 years, the Baxter Theatre Centre has been unwavering in its commitment to presenting theatre in a way that is open and accessible to all. In celebration of this milestone, the iconic theatre has launched its 40/80 Campaign to secure funds and a future for the arts. Creative Feel spoke to the CEO and Director, Lara Foot, and her team to find out how we can ensure that this important cultural space continues to thrive for the next 40 years.

The Baxter Theatre Centre, designed by the award-winning architect Jack Barnett, opened on 1 August 1977. It came into being as the result of a bequest from the late Dr William Baxter who, in his will, bequeathed R553 866 to the University of Cape Town for the purpose of establishing a theatre. Throughout its history, the Baxter has been home to almost all of South Africa’s and other international leading actors, producers and directors, presenting programmes from local and international repertoires – from classics to cutting-edge.
The theatre has been home to some of South Africa’s most loved productions. John Kani and Winston Ntshona performed Waiting for Godot, Sizwe Banzi is Dead and The Island, while Kani also performed Waiting for Godot with Pieter-Dirk Uys – this was Uys’ first appearance at the Baxter in 1979. Winston Ntshona and Peter Piccolo were also in the cast.
In 1985, Kani performed Miss Julie with Sandra Prinsloo, which caused great uproar in apartheid South Africa – it was the very first on-stage kiss between and black man and white woman. With death threats and banning orders, the government tried everything in their power to prevent the production from being staged in local theatres. The play went on to become the first SA production to be invited for performance at the Edinburgh Festival. The Baxter’s production of Mies Julie scooped all the top awards at the festival in 2012. 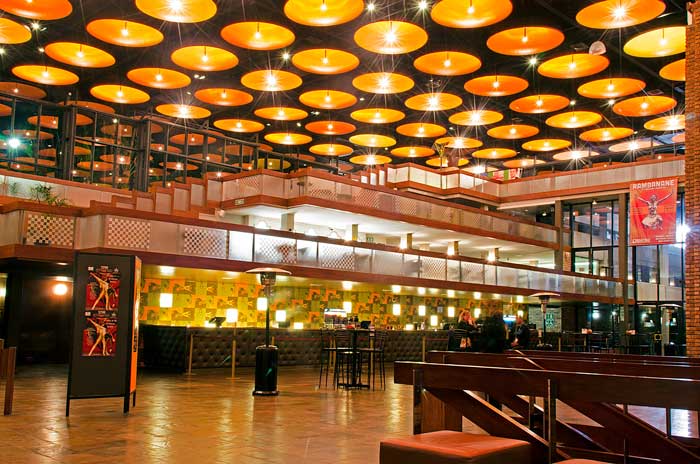 Creative Feel: The Baxter has historically been associated with the University of Cape Town (UCT) to enable ALL South Africans to be part of the audience. What type of plays did the Baxter Theatre focus on in the early years?

The Baxter: During the apartheid years, the Baxter provided an alternative to the government-run Nico Malan Theatre Centre (now the Artscape Theatre Centre). While the Nationalist government could prevent the Nico Malan from staging productions that challenged its views, they could not exert the same degree of control over the Baxter, which was protected by the university’s academic freedom charter. This has allowed the Baxter to truly be a theatre for the people, accommodating all the cultures and people of South Africa.
Dr John Kani wrote, ‘The Baxter Theatre opened its doors during the most difficult time of our country’s history. There were no theatres in Cape Town in the 1980s that would take the risk of presenting works by black artists. The Baxter became the only theatre that allowed the alternative voice to be heard, especially from the black communities. Because of its fortunate location, situated inside the grounds of the University of Cape Town, they could present and produce the “Protest Theatre” plays. Both Sizwe Banzi is Dead and The Island played for many seasons at the Baxter to all the surrounding communities of the Western Cape. The Baxter Theatre created the exchange corridor with other main theatres in South Africa.’
The Baxter was also one of the first ‘established’ theatres to build a relationship with local township groups. The Cape Flats Players, who mainly performed their own original works, opened many of their plays at the Baxter, which would then go on to play at the Market Theatre in Johannesburg.
The Baxter has unwaveringly continued this tradition of showcasing South African talent as is evidenced by the productions that have won awards and acclaim both nationally and internationally such as Mies Julie, Solomon and Marion, Karoo Moose, Tshepang and The Fall in which South African and African themes are given voice and visibility by South African directors, producers, actors and designers. 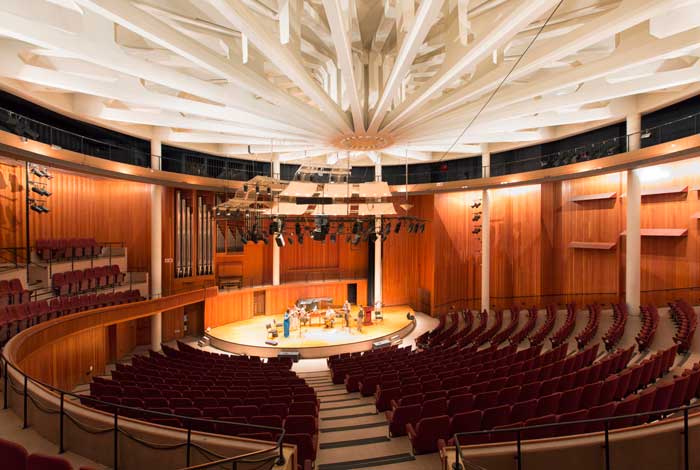 CF: The Baxter is still connected to UCT (though only partially funded by them). How do you cover your operating costs and what portion of your expenditure is funded?

Baxter: UCT covers approximately 40% of our operational costs and we have to raise the remainder ourselves. The Baxter is a UCT project and we get considerable support from the university. However, they cannot give us all that we need to do our work. The university meets all the costs associated with the Concert Hall – one of the complex’s five stages. As a result, the Concert Hall’s primary purpose is to serve as a teaching and performance venue for the South African College of Music. The university also covers part of the infrastructure costs through an annual operating grant. This means, therefore, that the Baxter has to find 60% of the funding to cover everything else such as all salaries, including security, cleaning, production staff and ad hoc artists, as well as electricity, maintenance, publicity, marketing, staff transport home at night and all artistic projects. This is done through the renting of the spaces and venues and through our fundraising efforts. 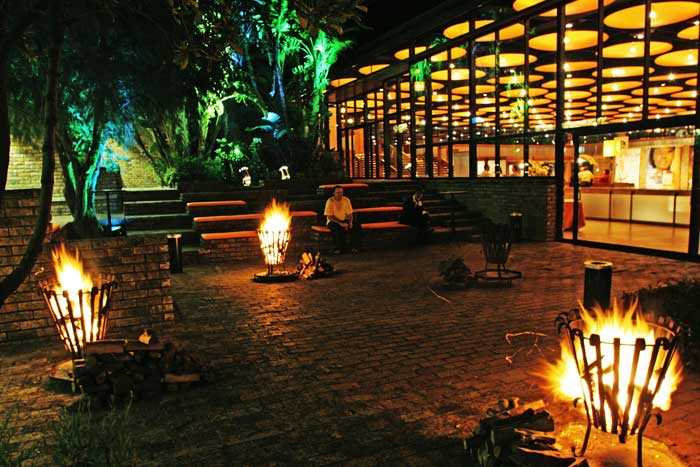 CF: How long has Lara Foot been at the helm of the Baxter Theatre? And how do you go about finding plays and performances that bring people into the auditorium? Are there any particular genres that are ‘sure winners’?

Baxter: In 2005 Lara relocated to Cape Town from Johannesburg to take up the position of Resident Director and Dramaturge – a post that she held until 2007. She was appointed CEO and Director at the Baxter Theatre Centre in January 2010.
She has directed over 50 professional productions, 38 of which have been new South African plays. Lara is a former Rolex protégé to Sir Peter Hall in the prestigious Rolex Mentor and Protégé programme as well as a Sundance Fellow. She has previously worked at The Market Theatre under the mentorship of Barney Simon and in 1996 became Resident Director and from 1998 to 2000 she was the Associate Artistic Director. In 2016 she was the Featured Artist at the National Arts Festival. With a host of theatre accolades to her name, her own hard-hitting plays tackle social issues in South Africa and these have earned her great respect and recognition locally and internationally. Lara’s passion is the development of indigenous work, young writers and directors.
Integral to the Baxter’s vision is that its productions cater to diverse audiences and that the artistic programme includes a range of music, dance and theatre productions. In addition, community development projects, arts festivals and workshops entertain and educate patrons and make the theatre and the art of theatre-making a genuinely collaborative and communal activity. The Baxter maintains a careful balance between popular productions and more progressive works and encourages the presentation of original South African dramatic writing, increasingly producing original South African work.
There is a strong commitment to local communities in and around Cape Town, evident through its education programmes, community theatre and community programmes.
The Baxter’s Zabalaza Theatre Festival has become recognised and respected as one of the most vital and important platforms of its kind in South Africa. 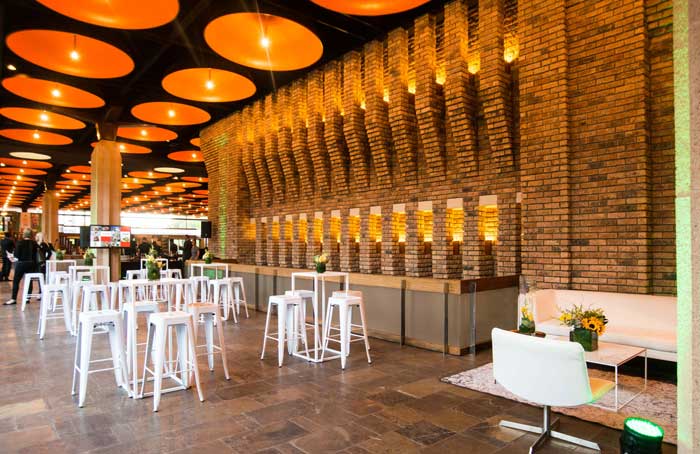 CF: How do you approach fundraising? What can the ‘friends of the Baxter’ do to aid in making the theatre sustainable?

Baxter: The Baxter Theatre has had to fundraise and generate its own income in order to support its theatrical and creative activities.
The theatre currently does not receive a subsidy from national government and funding is thus reliant on nongovernment foundations and trusts, provincial departments such as the Department of Cultural Affairs and Sport, national parastatals such as the National Arts Council, individual donations, corporate sponsorship and fundraising campaigns.
The Baxter pursues a number of avenues in raising support. Grants, sponsorships, individual donations, bequests, and special project fundraising all work together to grow not only our funding base, but even more importantly, the involvement of all our patrons and partners in building a theatre legacy that is creatively outstanding, technically superb and wholly reflective of the diverse richness of all our experiences.
Leading up to its 40th birthday, the Baxter embarked on an innovative initiative called the 40/80 Campaign, a simple and accessible fundraising drive inviting the public and the business sector to join us in turning a 40-year legacy into an 80-year commitment. There are five simple ways to contribute towards the campaign. Donations of any amount can be made by visiting the Baxter’s website where there is a ‘Donate’ icon on the homepage, making it easy and simple to give generously; subscribe to the online newsletter or like the facebook page and for just R100, enter the monthly competition with great prizes to be won; a Snapscan payment option has also been introduced – the QR code can be found throughout the foyers or on the website; when buying tickets online there is the option of donating an extra R10 or R20 each time a booking is made and finally, the Name-a-seat option offers the public the opportunity to do just that – the perfect birthday, anniversary or retirement gift, or a very special tribute in memory of a loved one will be displayed on a plaque. The corporate and business sectors who wish to align their brands with the Baxter’s vision and success and in turn, create additional exposure to larger diverse audience. That means that benefits that stretch far beyond the signage will include constant exposure to over 2 000 patrons who visit the theatre daily. Should any businesses want to take up this opportunity they can contact the Baxter’s CEO, Lara Foot. All contributions to the Baxter are eligible for Tax Deductions under Section 18A of the Income Tax Act. 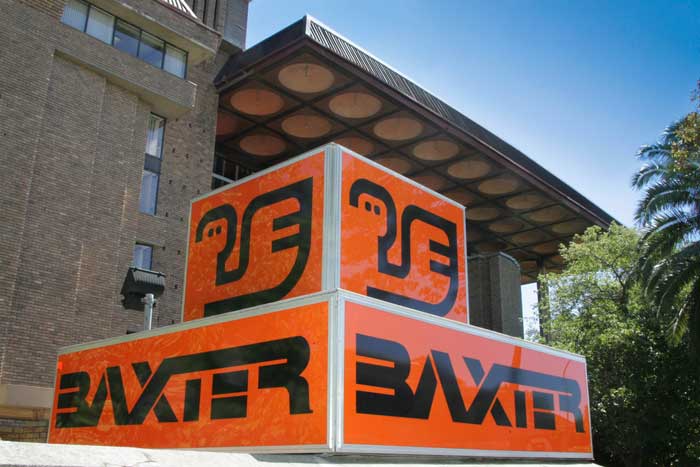 CF: In the past you have collaborated with other theatres in South Africa and even overseas. Are these partnerships/collaborations still ongoing? And which festivals are you involved with?

Baxter: Yes we have collaborated with other theatres locally, nationally and internationally and we strive to keep these collaborations ongoing to make sure that we are able to provide the best theatre.
As part of its 40th anniversary celebrations, the Baxter was invited to showcase six award-winning, cutting-edge, South African productions at the 2017 Edinburgh Assembly Fringe Festival in Scotland, in August, to great success. The Fall, Tshepang: The Third Testament, Karoo Moose – No Fathers, The Inconvenience of Wings, Tobacco and Mies Julie each received at least one (and in some cases more) five-star reviews and standing ovations in Edinburgh with The Fall scooping the Scotsman Fringe First Award and The Stage Cast Award.

CF: You’ve had a successful year while celebrating the Baxter’s 40th anniversary. What are the plans for 2018 and hopefully the next 40 years?

Baxter: Lara Foot’s vision is for the Baxter to be one of the top theatres in the world. It is this declaration of intent that drives the staff to excellence every day. The Baxter is surrounded by the talent, the motivation and the opportunity to make this vision a reality.
The main aim of the 40/80 campaign, and her vision for the next 40 years, is to grow our endowment fund so that we may secure a vibrant and crucial theatre for our future audiences and artists.