Discovering the Object refers, in the first place, to the work of Guy du Toit. In the second place, it proposes the book itself as an object to discover. 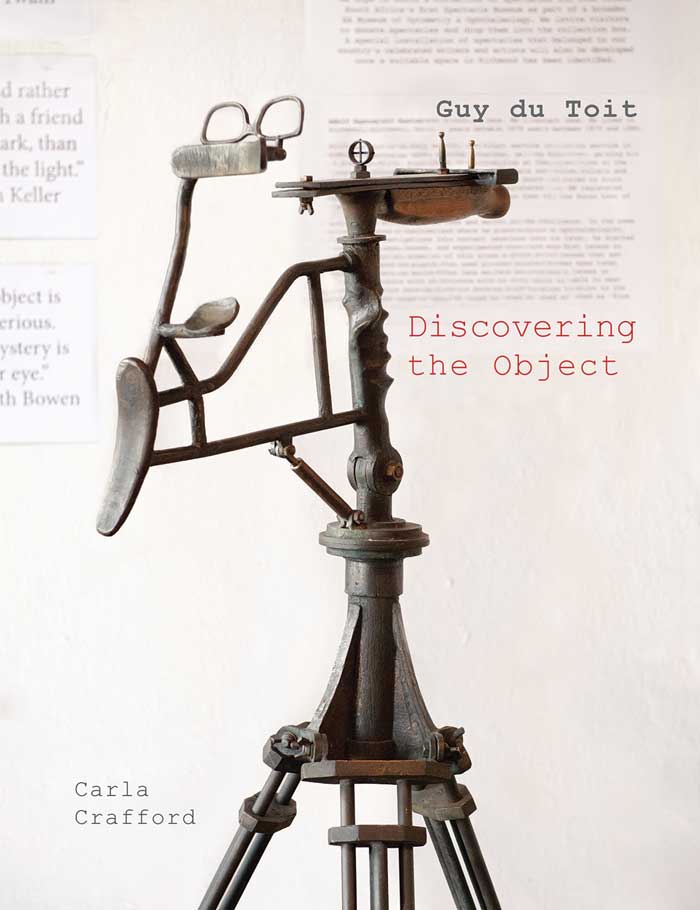 Carla Crafford first started photographing the work of Guy du Toit in 2005, and, although not biographic in a chronological sense, the aim of book is to share Du Toit’s work – in and beyond gallery spaces – over roughly the past twelve years.
Du Toit also comments on Crafford’s work – and especially regarding the way in which she has chosen to photograph his work, also referring to collaborative and reciprocal outcomes.
Five other authors have contributed to the book, each with a particular theme of Du Toit’s wide range of subjects in mind.
The first edition of this book (comprising 300, as well as seven hand-made copies) was launched in Pretoria in March 2017. A portion of the sales price will be made available in a fund for a young student sculpture competition in 2018.
An extract from the acknowledgements follows:
‘This book has been compiled with contributions from various authors.
‘Collaborations call for a broader view than a book about the work of a single artist. This is especially true when one considers the extensive range of subject matters – in this case created mostly over the past twelve years, of just one artist. To have a single approach in writing about the work of Guy du Toit would limit the way in which his work may be represented. Furthermore, when two or more artists collaborate on various projects – the one commenting on, or representing the other, the outcome of such collaborations invites a diversity of written commentary.  We have therefore asked several authors – including our editor, Adéle Adendorff, to participate in the making of this book. 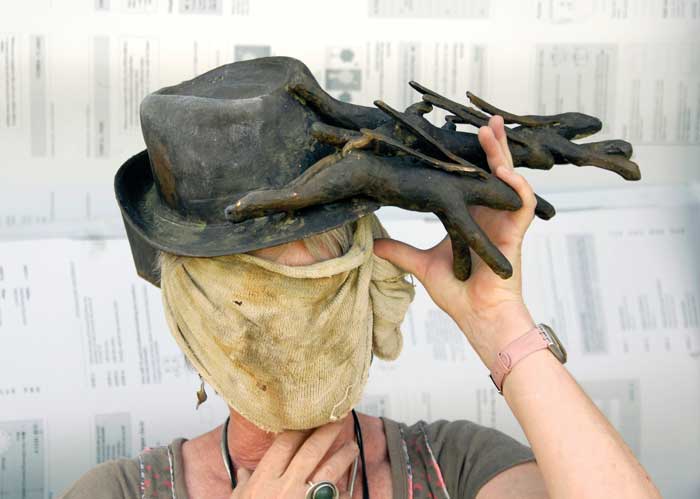 We sincerely thank authors Elizabeth Rankin, Wilma Cruise, Amanda du Preez, Lizette Louw and Adéle Adendorff for their contributions.
‘Carla Crafford took all photographs in the book, with a few exceptions where photographs were taken by, or supplied by Guy du Toit.’
Guy du Toit uses a wide range of media in his sculptures, including bronze, stone, wood and steel, and draws in pen, ink and charcoal. He has exhibited extensively, both locally and internationally, and has been consistently supported by private and public collectors, institutions, academics and fellow artists.
Honoured with several awards, he curates and adjudicates exhibitions and lectures at a number of institutions, including Pelmama Academy in Soweto, Pretoria University, Johannesburg and Pretoria Technicons, and the Johannesburg School of Art, Ballet, Drama and Music. He gives workshops throughout South Africa and has been involved in community projects, seminars and symposia.
Apart from lecturing in photography to students in the Department of Visual Arts at the University of Pretoria since 1997, Crafford’s main interest lies in the photography of artworks, artists and architecture. Whereas her photography is primarily about art, her pre-occupation lies increasingly in producing reflexive artwork by means of various photographic and videographic methods. Crafford has had five solo exhibitions, has taken part in numerous group exhibitions, and has works published in various local and international magazines and books. Her photography of other artists’ work – for their own use or for collaborative projects, is an ongoing passion.