Back by popular demand, The Playhouse Company presents A Christmas Celebration, a festive extravaganza for the whole family!

A Christmas Celebration is set to light up the Playhouse Opera Theatre stage from 22 to 24 December. Directed by renowned theatre giant Ralph Lawson, A Christmas Celebration promises to deliver festive sizzle and spectacle. With stunning music and dance, a top-notch cast with the KwaZulu-Natal Philharmonic Orchestra, this is one festive treat surely not to be missed!
A Christmas Celebration will feature popular gospel sensation, Dr Tumi, the much-loved Timothy Moloi, songbird Khanyo Maphumulo, East Coast Radio’s Darren Maule and leading soapie superstar Thandeka Dawn King. The renowned KZN Philharmonic Orchestra, the award-winning Playhouse Dance Residency and The Playhouse Chorale are also on board for an awe-inspiring festive offering.
A seasoned minister of song, Dr Tumi is graced with belting out in-season gospel melodies. The award-winning artist stands out as one who writes biblical based songs that are bridging the gap. A former lead singer for award-winning gospel group Intense, Dr Tumi composed all the songs for the group’s album – Heart2Heart, save one. He also wrote all 16 tracks of his debut album – Heart of a King, which won Best RnB Gospel Award at the SABC Crown Gospel Music Awards in 2012, where he was also nominated in four categories. Dr Tumi recently released his latest live offering called Love and Grace, a 15-track album packed with fresh new songs that he all wrote and produced. The album reached gold status within two months of its release.

Thandeka Dawn King is an actress who is famous for her role as Lindiwe Xulu in the soap opera Uzalo. She has also earned prominence for her role in the South African series Lockdown as Ma Z in 2016-2017. She earned her degree in drama from Technikon Natal.  She made her TV acting debut in 2012. She first worked on the South African telenovela iNkaba as Anele. She appeared in the fourth season of Zaziwa as a guest host in 2016.
Darren Maule is a seasoned stand-up comedian, actor and entertainer, Darren Maule heads up East Coast Radio’s breakfast team every weekday.
Born and raised in Soweto, Timothy Moloi has led a busy performance schedule since completing his studies at Ohio Wesleyan University in the USA. His critically-acclaimed debut album Love That Music was nominated for two SAMA Awards. In December 2016 he performed in both Moscow and Saint Petersburg as part of the SA-Russia Cultural Exchange. Timothy will also be taking part in the first Great South African Bake Off Celebrity Special which airs on 19 December 2017 on BBC Lifestyle on DSTV. 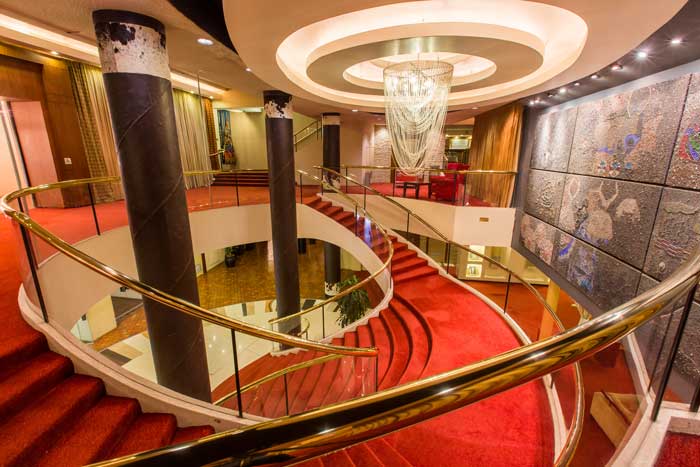 Khanyo Maphumulo was born a musical family of six. Started singing professionally at 13 when she was cast for lead vocals in the musical play Sarafina! By the age of 17, Khanyo had lent her sweet and powerful voice to the recordings of South Africa’s leading talents such as Rebecca Malope, Jonas Gwangwa, Lucky Dube and the legendary Afro-Jazz group, Bayete. To date, Khanyo has featured on more than 50 local and international albums and toured with the likes of Hugh Masekela, Busi Mhlongo and Mango Groove, Juluka, Ringo Madlingozi, as well as international artists such as Oleta Adams, Angelique Kidjo, Patti Austin and Simply Red. She has recently been working with the play Songs of Migration by James Ngcobo and the legendary Bra Hugh Masekela featuring the likes of Sibongile Khumalo and Gloria Bosman.
A Christmas Celebration runs from 22 to 24 December only! With a special preview on the 21st of December. Tickets range from R80 to R120 and are available from Computicket or from the Playhouse Box office on (031) 369 9596/ 9540. For block booking specials call (031) 369 9407. Playhouse patrons receive discounted parking at The Royal Hotel Parkade. The Playhouse coffee shop offers a variety of light meals and drinks, while the Playhouse bar is open for every performance.