The magic of the Bolshoi Ballet comes to the big screen at Ster-Kinekor Nouveau. The 2017-2018 Bolshoi Ballet season presents the greatest classics restaged by today’s most celebrated choreographers, for a cinema exclusive experience featuring the Bolshoi principals and corps de ballet. Three historical ballets reimagined by Alexei Ratmansky (Le Corsaire, Romeo and Juliet, and The Flames of Paris) will be presented along with John Neumeier’s Lady of the Camellias and Jean-Christophe Maillot’s Taming of the Shrew. Three timeless classics of the Moscow stage will complete the season: Giselle, The Nutcracker and Coppélia. As classical as it may be, the Bolshoi remains the unshakable reference for ballet today.

Taming of the Shrew

A story of the strongest love, the Taming of the Shrew by William Shakespeare, kick-started the ballet season at Ster-Kinekor Cinema Nouveau Theatres. With numerous hilarious renditions, this was not your expected theatrical take, but rather a rare musical performance by the Bolshoi Ballet dancers, captured live in Moscow. This tale follows suit of Shakespeare’s novels of star-crossed lovers who beyond reasonable doubt, defy all odds to be with each other.

Duration: 3 hours 35minutes, with an interval of 15 minutes.

Up next on the big screen is Le Corsaire (The Pirate). This is a ballet in three acts, with a libretto based on the poem The Corsair by Lord Byron. Amidst a bustling market, the pirate Conrad falls in love at first sight with the beautiful Medora, the ward of the slave merchant Lankedem’s bazaar. Conrad kidnaps Medora when Lanquedem decides to sell her to the Pasha. Catch this graceful production on 2 December 2017 at your nearest Ster-Kinekor Cinema Nouveau Theatre.

Duration:2 hours and 15 minutes, with an interval of 15 minutes

As the clock strikes midnight on Christmas Eve, Marie’s wooden nutcracker doll comes to life and transforms into a prince! Soon joined by her other toys that have also come to life, Marie and her prince embark on a dreamy unforgettable adventure. A holiday tradition for the whole family, The Nutcracker sweeps the Bolshoi stage for two hours of enchantment and magic. Along with Tchaikovsky’s cherished score and some of the Bolshoi’s greatest artists, The Nutcracker remains a treasure not to be missed!

The Lady of the Camellias: From 3 February 2018

Duration: 3 hours and 5 minutes, with an interval of 15 minutes

Alexandre Dumas, fils’ novel comes to life on the Bolshoi stage, with prima Svetlana Zakharova as the ailing Marguerite seeking love and redemption from her life as a courtesan. The Bolshoi brings choreographer John Neumeier’s work of rare beauty and tragic depth to new emotional heights, accompanied by Chopin’s romantic piano score. As he arrives in Paris for the first time, the young and naive Armand is utterly captivated after meeting the ravishing and most desirable courtesan, Marguerite Gautier. Their encounter gives birth to a passionate, yet doomed love…

Duration: 2 hours and 30 minutes, with an interval of 15 minutes

Alexei Ratmansky, former artistic director of the Bolshoi Ballet, stages the company’s premiere of his production with dramatic urgency and a fresh re-telling of Shakespeare’s beloved classic. His brilliant and detailed adaptation set to Prokofiev’s romantic and cinematic score, reignites the story of literature’s most celebrated lovers like no other classical ballet choreographer today. In Verona, Romeo and Juliet fall madly in love while their respective families, the Montagues and the Capulets, are caught in a bitter rivalry ending in heart-wrenching tragedy… Romeo and Juliet is a tragedy written by William Shakespeare early in his career about two young star-crossed lovers whose deaths ultimately reconcile their feuding families. It was among Shakespeare’s most popular plays during his lifetime, and now you can enjoy this beautiful story being told through ballet.

Duration: 2 hours and 20 minutes, with an interval of 15 minutes 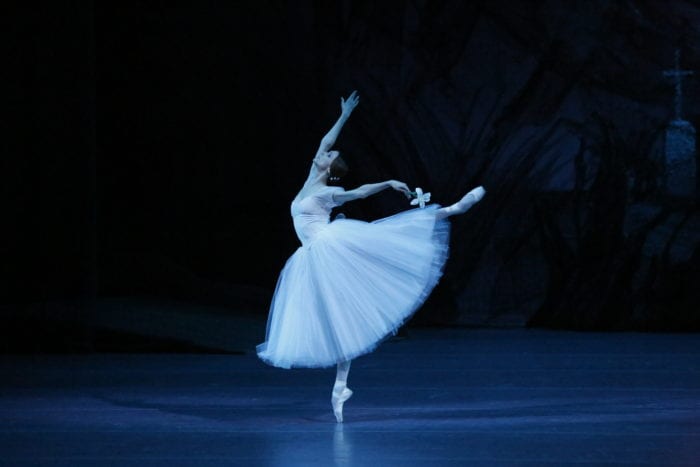 Giselle is a romantic ballet in two acts. Prima ballerina, Svetlana Zakharova, personifies this ultimate ballerina role in the classical repertoire, alongside the sensational Sergei Polunin as Albrecht, in this chilling, yet luminous ballet that continues to captivate audiences for over 150 years at the Bolshoi. When Giselle learns that her beloved Albrecht is promised to another woman, she dies of a broken heart in his arms. While Albrecht grieves, she returns from the dead as a Wili, a vengeful spirit meant to make unfaithful men dance until death…

Duration: 2 hours and 15 minutes, with an interval of 15 minutes 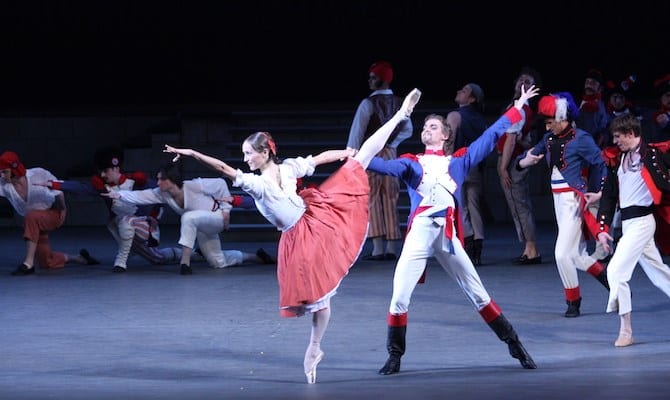 The Flames of Paris is a full-length ballet in four acts based on songs of the French Revolution. Very few ballets can properly depict the Bolshoi’s overflowing energy and fiery passion as can Alexei Ratmansky’s captivating revival of Vasily Vainonen’s The Flames of Paris. With powerful virtuosity and some of the most stunning pas de deux, the Bolshoi Ballet displays an exuberance almost too enormous for the Moscow stage. In the era of the French Revolution, Jeanne and her brother Jérôme leave Marseille for Paris in support of the revolutionary effort that is taking over the capital. While fighting for freedom, they both encounter love along the way…

Duration: 2 hours and 45 minutes, with an interval of 15 minutes 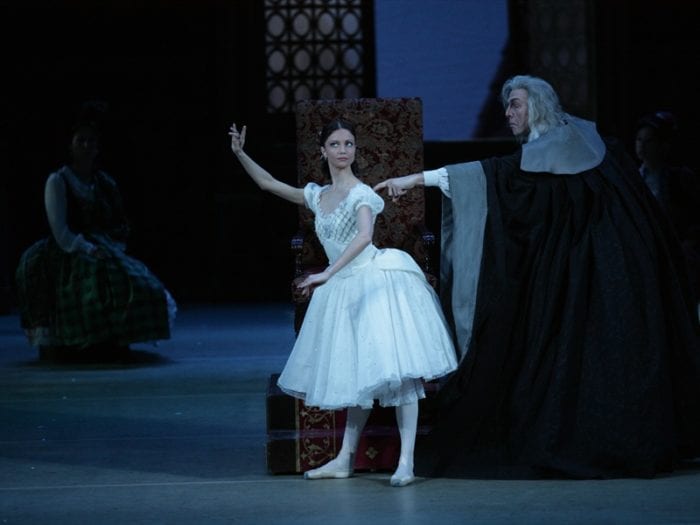 Closing off the season is the comic ballet: Coppélia. The Bolshoi’s unique version of Coppélia exhibits a fascinating reconstruction of the original 19th-century choreography of this ebullient comedy involving a feisty heroine, a boyish fiancée with a wandering eye, and an old dollmaker. The company’s stunning corps de ballet shines in the divertissements and famous “dance of the hours,” and its principals abound in youthful energy and irresistible humour in this effervescent production. Swanhilda notices her fiancée Franz is infatuated with the beautiful Coppélia who sits reading on her balcony each day. Nearly breaking up the two sweethearts, Coppelia is not what she seems and Swanhilda decides to teach Franz a lesson…

If you’re a hopeless romantic and appreciate beautiful ballet renditions of timeless classics that are brought to you by prolific ballet composers, then this season is a must see! The 2017-2018 Bolshoi Ballet season will screen at the following Ster-Kinekor Nouveau theatres:

Visit any of our world-class dedicated “art cinema” chains in Johannesburg, Pretoria, Cape Town and Durban to feast your eyes, heart and soul on this momentous ballet season. Bookings are now open. For more information and to make bookings to watch any of the upcoming Ballet productions, visit the website at www.sterkinekor.com or download the SK App. You can also book at the box office. For news and updates, go to Facebook page: Ster-Kinekor Theatres and follow Ster-Kinekor on Twitter: @sterkinekor. For all queries, call Ticketline on 0861 Movies (668 437).