This month I wanted to introduce the Burmese human rights lawyer Robert Sann Aung but considering the disastrous election results of the German general election, I decided differently. Thirteen per cent of those who voted favoured the right wing party AfD (Alternative for Germany) and in some constituencies, especially in what was former East Germany, they achieved up to 28% of the votes. And while in talk shows and political debates, people are still trying to understand how this could happen, a party and its supporters are celebrating their success – a success that will change the country for the worse. Ninety-four seats in the Bundestag – the German parliament – will be occupied by AfD politicians and many of them have no political experience. Over the last years, the party has gained more and more supporters. The so-called refugee crisis two years ago made them an alternative for those Germans who felt lost and disagreed with the current government. Meanwhile, some areas of Germany became ‘no-go zones’, there are villages in East Germany that call themselves befreite Zone (national liberated zone). This term, used by right extremists, was voted the most contemptuous word in 2000 already. Its use has continued to spread in certain parts of the society. With the advent of Trumpism, these populists lost their last restraint. In their election campaign, the AfD openly adopted white supremacy and a nationalist agenda that does not shy away from using old Nazi slogans and ideology.

In Richter’s words, they represent ‘the new Germany – the Germany that the populists from the far-right decry and see as evil, as a destruction of “our” culture.’

It is appalling to witness the demonstrations of their supporters and to listen to their poisoned body of thought. It is not only the furious foaming but their toxic mindset that is so dangerous and has penetrated German society so easily. It is most worrisome that the tone they use and the lies they tell have become more and more accepted among their followers – of whom many believe that Germany is governed by the USA and that the Holocaust never happened. It is in the arts that writers and artists are striking back. One example is the writer and theatre director Falk Richter from Berlin. Richter’s piece, FEAR, premiered at the Schaubühne in Berlin in 2016 and could be called an AfD nightmare. What does a family look like in 2015? What can terms like ‘origin’, ‘native country’ and ‘home’ mean in a globalised world? With which new meanings can they be filled? Western societies live in an equal state of fear and activism. Fear is taking root across Europe, reactionary parties are growing in strength, right-wing populism, chauvinism and xenophobia are flourishing. Proponents of simplistic worldviews are on the up. Hard-fought-for achievements are suddenly being brought into question: the EU is being demonised, the fourth estate defamed as the ‘gutter press’, sexual and cultural differences are being attacked and what it means to be a man, a woman or a family is being defined in the most one-dimensional terms. In the struggle for gender equality, the institution of marriage, in particular, is becoming symbolically charged and romanticised by those who defend it as a privilege that is to be denied to certain social groups. A conservative ideal image of a way of life is being conjured up in order to discriminate and socially marginalise. At the same time, traditional, normative definitions of belonging, nationality, religion, language, culture, gender and sexual identity seem to be being increasingly abandoned and individually redefined. 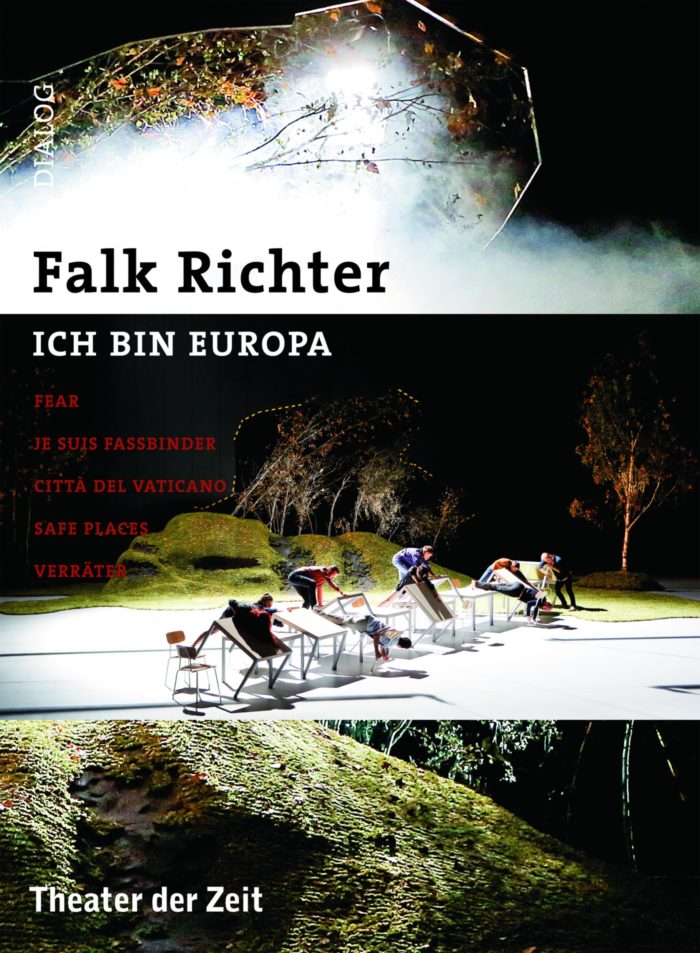 Falk Richter’s production places humankind at the beginning of the 21st century and our ways of feeling, thinking and acting, centre stage. In procedural, experimental rehearsal periods, working with artistic forms of expression such as choreography, performance, classical and electronic music, the writer and director explores the depiction of contemporary western ways of life and emotion on the stage. Dancers and actors simulate the physical and emotional states of a fearful, hateful body. Videos and photos of the main actors of right-wing movements in Germany and Europe are simultaneously projected. These protagonists represent not only the AfD but also radical fringes of mainstream parties, such as the CSU/CDU. The performers, meanwhile, provide a counterpoint, in that they come from different cultural, racial, sexual, queer backgrounds. In Richter’s words, they represent ‘the new Germany – the Germany that the populists from the far-right decry and see as evil, as a destruction of “our” culture.’ As the show progresses, Richter’s FEAR is increasingly populated by zombies and monsters – metaphors for the undead quality of the AfD’s political arguments. ‘They are political positions rising up from the graves of the past,’ says Richter, ‘We thought they had been long buried, back in 1945, but now they are back.’ In FEAR, Mrs Beatrix von Storch, AfD Member of the European Parliament, is tormented by the ghost of her grandfather, who was a minister in Hitler’s government. The fundamentalist Christian, Mrs Hedwig von Beverfoerde – whose ‘Demo für alle’, a German version of ‘La Manif pour tous’, holds homophobic rallies in Stuttgart – is likewise lampooned. Neither was particularly happy with their on-stage depictions and, together, they successfully obtained a preliminary injunction against the theatre.

Fear is taking root across Europe, reactionary parties are growing in strength, right-wing populism, chauvinism and xenophobia are flourishing.

FEAR provoked the far-right to the extent that it attempted to have the performance censored in a court of law. Thankfully, they did not succeed. This victory was not just one for a single theatre, but also for freedom of expression in a Europe increasingly threatened by extremism. Fear – of difference, foreigners, cosmopolitanism, multiple identities, multiculturalism, sexualities – this is the poison with which the AfD scores among too many people. Their supporters flocked into the theatre and disturbed the performance with shouting and with their whistles. Ultimately, the far-right’s case was not successful: in December, the court ruled in favour of the theatre, lifting the injunctions against the images’ use. In the judge’s words: ‘any audience member can recognise that this is just a play.’ The real meaning of the trial was expressed by Schaubühne’s artistic director, Thomas Ostermeier, who commented, ‘We cannot tolerate attacks on artistic freedom… this is a matter of defending the highest principles.’ This all happened before the AfD entered parliament and with all their aversion to democracy, pluralism and liberalism, it remains to be seen how they will further try to influence artistic freedom and social justice. It will be a long fight, but the arts are ready for it and an enormous amount of people in the arts have already signed a petition that no AfD parliamentarian should become chair of the cultural committee of the Bundestag.