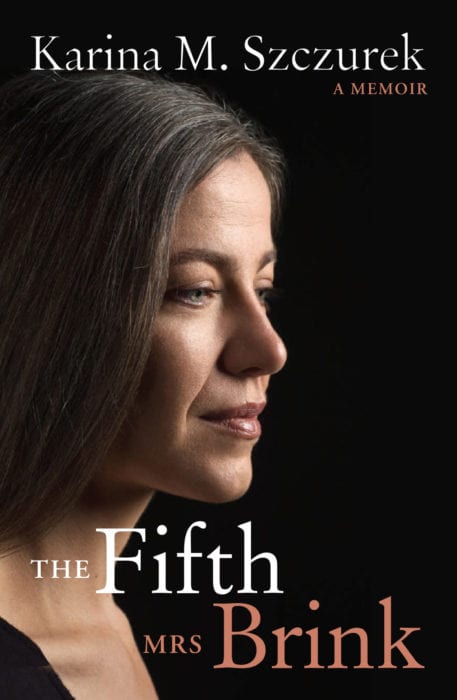 In 2014, the Arts & Culture Trust (ACT) awarded André Brink a Lifetime Achievement Award for Literature and we scheduled a personal interview for Creative Feel’s ‘ACT Awards Issue’. Being a great fan of his writing, I actually managed to arrange this with the help of his wife, the fifth Mrs Brink, Karina M. Szczurek, who was as charming as André Brink was grumpy – before his legendary charismatic personality took over during the interview. When André Brink married Polish-born Karina Szczurek, he was 71 and she was 29. They were together for ten years before he died in February 2015 on a return flight from Belgium where he had received an honorary doctorate from the Catholic University of Louvain. Now, two years later, Karina Szczurek is on tour to promote her recently released memoir The Fifth Mrs Brink where she chronicles her life before, during and after her marriage to André Brink. She writes about their relationship, from their first encounter in Vienna, Austria, and moving across continents to be with each other, to finding calm and stability in their married life in Cape Town, and finally facing the challenges of André’s deteriorating health in the last year of his life.

We meet over coffee (or actually water) to discuss her very personal and intimate memoir. Karina is frank when answering questions and together we share her portrait of André and my admiration for his writing. When asked what happened to her original manuscript, she clarifies, ‘I finished the first draft of The Fifth Mrs Brink in July. In September, I asked for the rights to my book back. I had to leave; I had no way of staying. If I wanted to truly take care of my and André’s stories, I had to find a home for them elsewhere. I submitted my memoir to another publishing house. They made me an offer. My new publisher at Jonathan Ball gave me a book she thought might interest me: Second-Hand Time by Svetlana Alexievich, an account of how people survive, and make sense of, tyranny and massacres – by weaving tapestries of stories to keep us safe at night. The words of Second-Hand Time live in my bones.’

It is not easy for Karina to talk about the time after André’s death and she has obviously tried hard to be able to put her feelings into words without crying; not crying with self-pity, but crying for not having had more time to achieve things with André. She speaks about how they used to maintain honestly while critiquing each other’s work. During his last year, she started to help André keep track of his simultaneous writing in English and Afrikaans as he always did his books. When he found the actual tracking of the chapters difficult she printed the pages for him and made different piles for comparison of pages to ease his stress. She helped him with his decreasing mobility and his increasing pain while writing herself, discussing her work with André and keeping him positive and his mind active.

If I wanted to truly take care of my and André’s stories, I had to find a home for them elsewhere

We remember our first encounter and Karina is again thankful to the Arts & Culture Trust for awarding André this Lifetime Achievement at a crucial time. In her memoir, she writes: ‘Because of the shingles, the trip to Belgium hung suspended. Everything was in place – tickets, bookings, programme – but we were taking it a day at a time. The doctor said it should be good for André to travel, to be recognised for his achievements. I remembered how much the Arts & Culture Trust Lifetime Achievement for Literature had meant to André when it was awarded to him in November the previous year. At that stage he had so little belief in himself as a writer that the recognition came just in time to save André from utter despair. The fact that it was handed over to him by friends whose work he treasured and admired, Sandra Prinsloo and Kerneels Breytenbach – also meant a lot to him. The money that came with the award alleviated pressing financial worries which had been making our life onerous for years.’ 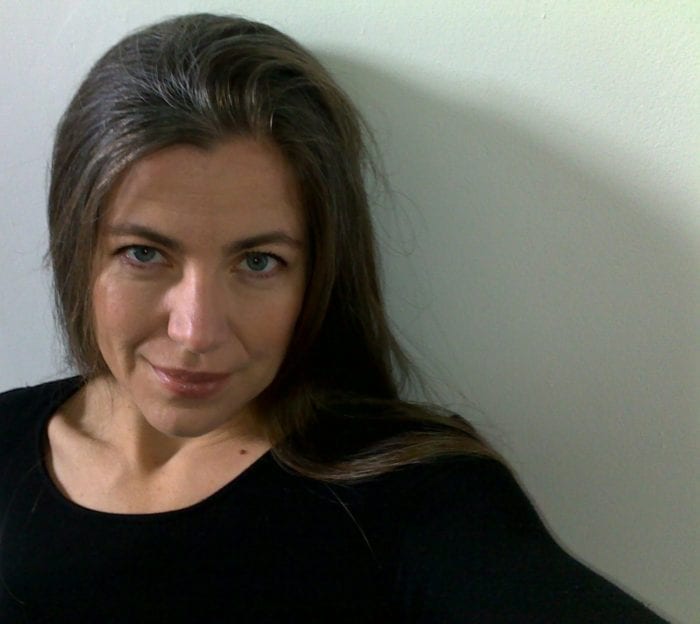 The Fifth Mrs Brink is an honest memoir about their love for each other and she openly admits to me and in other interviews, ‘I understand the curiosity completely. It is an unusual relationship. Especially because of the age gap, it’s huge. I could have been André’s grandchild. But what made it so much easier was that anybody who encountered us as a couple within minutes realised that there was nothing unusual about it after all, that there were just two people being happy together. So we were very fortunate that way.’ While Karina signs my copy of her memoir – with André’s pen – we talk about her future, her planned writings and her work of looking after the literary estate for the André Brink Trust. I actually could not wish for a different person to keep André Brink’s writing safe for posterity, with the fifth Mrs Brink his work is truly in good hands.