Schalk Bezuidenhout – who is fast becoming a household name on the South African comedy circuit – will make his international festival debut in December at the Montreux Comedy Festival, mainland Europe’s biggest comedy celebration.

The young comic will perform two shows at the festival. The first, on December 2, will be a performance in a comedy club setting as a precursor to his second performance on December 3 as a part of the Trending Comics International Gala line-up, which includes some of the most exciting acts from all over the world including the UK, Canada, Iceland, Italy, Saudi Arabia and Switzerland. Bezuidenhout – known for his wild hair, distinctive moustache and colourful jerseys – counts Trevor Noah as his mentor and has performed as the opening act for the South Africa powerhouse. Schalk’s appearance at the Montreux Comedy Festival comes hot on the heels of his performances at the recently sold-out Trending Comics, a spin-off of Johannesburg International Comedy Festival (JICF). JICF was launched in 2015 by Takunda Bimha, who is the festival director, along with Gregoire Furrer. The latter is the founder of the Montreux Comedy Festival in Switzerland. A transatlantic partnership now exists between the JICF and the Montreux Comedy Festival. The two festivals are now an integral part of an emerging global comedy group called Jokenation. Trending Comics was originally conceived by the Montreux organisers and was adapted for the South African market by Bimha and his team. 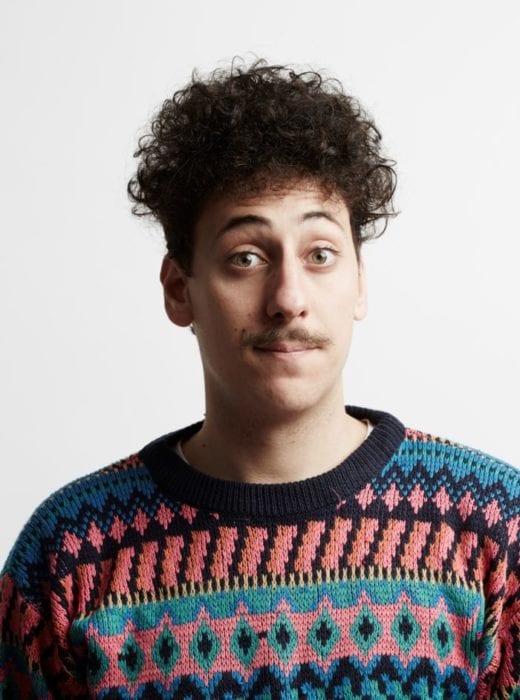 Bimha explains why Bezuidenhout was chosen for Montreux: “Schalk is one of the most exciting young stars of South African comedy. He is starting to burst into the mainstream with his unique blend of insanely dry and smart humour. The accessibility of his material, coupled with his enigmatic performance style, are two of the main reasons why the Montreux team were keen to book him. Although homegrown in many ways, his style of comedy travels well and will easily translate to Swiss audiences. His recent sell-out shows at the Leicester Square Theatre in London also prove that he is able to take his craft anywhere in the world and stay both relevant and funny.” Bimha believes that, like Noah before him, Bezuidenhout is starting to build a strong crossover audience and is well on his way to becoming a bona fide superstar. “I’m excited that he is getting this opportunity and wish him all of the best at the Festival.” Bezuidenhout is thrilled to be representing South Africa in Switzerland next month: “It’s one of the world’s best festivals so I am delighted to be able to share the stage with fellow comedians that I admire.” He explains how he goes about selecting material: “If something is funny, it’s funny and it translates to global audiences. South African comedy is in a very, very good place right now and will continue to grow to a point that we can’t imagine.”