Market Square is one of six unique projects selected for the shortlist for the World Architecture News Performing Spaces Award 2017.

It’s not even a year old and the Market Theatre Foundation’s newly built Market Square office is in line for its second prestigious architectural award with the World Architecture News. Congratulations to Wayne Mansfield, Michael Cornwell and the KMH Architects team. In 2015 the Market Square architects, KMH, won the Architecture for Social Gain Award: Proposed future developmental projects for this project.

The professional team who contributed to the success of the project are: 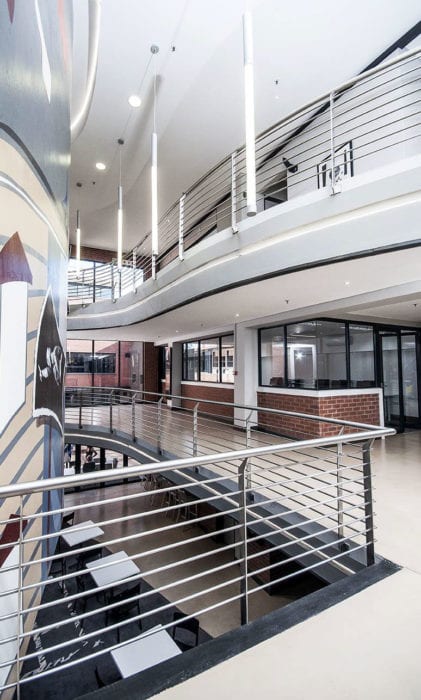 Apart from its award-winning architecture, the superbly designed Market Square is a campus for students at the Market Theatre Laboratory and Market Photo Workshop. Arts enthusiasts and drama students are offered the opportunity of peeking behind the scenes, finding out more about the rich history of the Market Theatre and getting first-hand information about some of the exciting productions that will be presented at the Market Theatre. The WAN Performing Spaces Award 2017 showcases excellence in design in this demanding sector, whether it’s an opera house, theatre, concert hall or other live performance space. The award has been established to celebrate and promote the best in international architecture for performing arts venues, attracting entries from all over the world. “This theatre is so important to the cultural and political freedom of Johannesburg. The sensitivity of the architecture to the community is a serious design goal and it has certainly been achieved.” Len Auerbach. 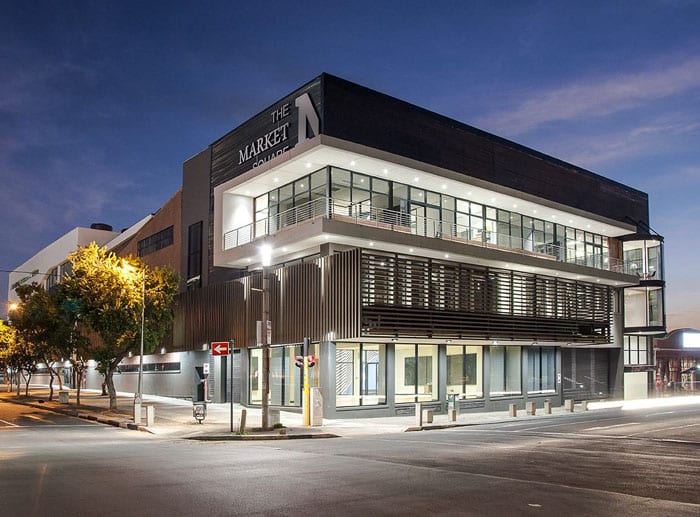 The winner of the category will be announced on 28 February 2018 at a prestigious WAN AWARDS 2017 Event. Since its opening, the Market Square has played host to several events, including the reflective festival “Culture in Another South Africa” in partnership with the Netherlands Embassy, both the Jozi Book Fair and the SA Book Fair; it is the home to Word ‘n Sound’s monthly spoken word poetry slam, and houses a school of theatre and of photography. On the same day that the Market Square receives this nomination for its revitalising design, the Market Theatre and Shlom building, the library of the Market Photo Workshop building, receives official blue plaques from the Johannesburg Heritage Foundation. Market Photo Workshop forms part of Market Square. The Market Theatre Foundation is proud to associate itself with the two buildings with a reputable history and exciting future. The Market Square boasts five rehearsal venues, one theatre, a 122-seater lecture auditorium, two exhibition galleries, a photography studio and an outdoor amphitheatre suitable for open-air film screenings the overlooks Mary Fitzgerald Square and is available for hire. Contact donnam@marketheatre.co.za / 066 350 7428 for details.