One ImpACT winner will be announced at the ACT Awards on 17 November. The Award serves to acknowledge one young professional, under the age of 30, across all arts disciplines, who has made an impact during the first five years of their professional career.

The ImpACT Awards for young professionals are given annually to honour young artists that have reached a notable level in their career. Giving the masses a voice through the public nomination process, ACT proudly boasts an excellent selection of these individuals, with four being selected as finalists. One winner will be announced at the ACT Awards on 17 November. The finalists are dancers Elvis Sibeko and Byron Klaasen, writer and publisher Thabiso Mofokeng, and PR/Communications specialist Sello Ramosepele. 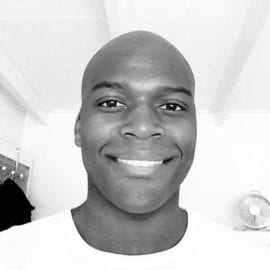 Elvis Sibeko’s love of dance began at an early age, when he began dancing as an extra-mural at Phandimfundo Secondary School in Daveyton. He trained in Indian dance, African dance, Afro-fusion and contemporary dance through Tribhangi Dance Theatre before joining them as a professional dancer. Sibeko then joined JazzArt Dance Theatre’s three-year training programme, and became a member their Performance Company in 2012. Sibeko is an award-winning dancer and choreographer, and his works have been performed at local and international festivals such as Dance Umbrella, the Baxter Dance Festival, Soweto Festival and AfroVibes in the UK and Netherlands, to name a few. He runs community development dance workshops with local communities, and is co-founder and CEO of Black Roots Foundation, an NPO centred on community development. 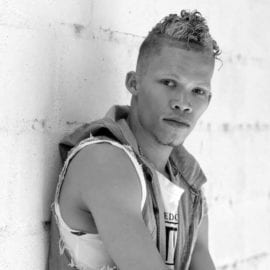 Byron Klaasen was introduced to dance at Eerste Rivier High in Cape Town. After he matriculated, he began training as a dance facilitator with Dawn Langdown at O’okiep High. He then spent six months training with Alfred Hinkel, before attending Dance For All under the tutelage of Philip Boyd – which led to a two-week training programme in New York at Cedar Lake Dance Company and Peridance Contemporary Company. Klaasen continues to work with and learn from Hinkel in O’okiep. He has performed in numerous dance works at festivals and venues around South Africa, including Art in the Park, Baxter Dance Festival, Dance Umbrella, Infecting the City, and has toured to the Kalahari Desert Festival and Qatar. Much of his work involves teaching and outreach and he has participated in artist in residence programmes at Vredendal High, Belhar Senior Secondary and Eerste Rivier High. 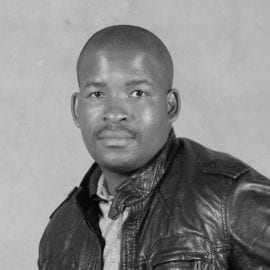 Thabiso Mofokeng started writing at the age of 15. A versatile writer, his writing has been published in English and Sesotho and some of his Sesotho books are prescribed by the Department of Education for grades 8 and 10. Mofokeng is the founding director and publisher of Mosa Media and Book Distributors, which focuses primarily on publishing books in African languages. He is also currently the chairperson of Metjodi Writers and the founder of Thabiso Mofokeng Writing Foundation, through which he mentors young writers. He is currently studying a PhD in English at the University of the Western Cape and has just been appointed as an assistant researcher. 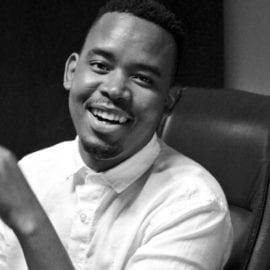 Sello Ramosepele has had an exciting career in the arts, public relations and digital media/marketing sectors. He has used the experience to collaborate with an array of brands as well as create platforms such as the Inaugural South African Music Marathon in 2016. The platform created a space for disadvantaged young people to showcase their musical talents within their respective disciplines. His investment in the industry extends to the mentorship of 20 professionals and administrators within the arts, which was done in collaboration with the National Arts Council and ACT. Ramosepele has used his expertise in the music industry, and passion for public relations and digital media, to create a budding business that boasts relationships with an array of South African brands – from emerging brands to the more formidable.