After a sold-out six week season at the Fugard Theatre, the hit musical King Kong returns due to overwhelming public demand for the summer season.

Presented by Eric Abraham and the Fugard Theatre, King Kong will run from 12 December with bookings now extended to 18 February 2018. More than half a century since the first performance in 1959, the Fugard Theatre’s production of this iconic and historic musical has received five star reviews and rapturous responses such as “a knock-out success”, “simply magnificent”, “a tribute to South Africa’s performance arts legacy” and “a theatrical treat”. King Kong tells the story of heavyweight fifties boxing champion Ezekiel Dlamini whose self-appointed ring name was “King Kong” to the wildly exhilarating music of Todd Matshikiza. Stepping in to the shoes of shebeen queen Joyce in the role which helped propel Miriam Makeba to international fame in the original production of King Kong, is Edith Plaatjies, who has previously dazzled Fugard Theatre audiences in productions such as District Six: Kanala; Orpheus in Africa and Blood Brothers. With her powerhouse voice and electric stage presence, she has also been seen in productions such as Radio Classics directed by David Kramer and Slick Swing and Kaapse Musiek In Kleur, both directed by Alistair Izobell. Reprising his acclaimed performance in the role of King Kong is actor, singer and dancer Andile Gumbi (The Lion King, isiBaya). Gumbi made his Broadway debut as Simba in Disney’s The Lion King and has starred in productions of this musical in London, Sydney, Melbourne, Shanghai and South Africa. He was voted by The Sowetan as one of Mzansi’s Sexiest Top 12 celebs in 2015, and played the character Zweli in the Mzansi Magic soap opera isiBaya, which was voted most popular TV soap at the 2017 SAFTA Awards.

King Kong is a theatrical treat, and something to treasure and celebrate for the fact that it brings to the here and now a part of South African theatre history – Barbara Loots, TheatreSceneCpt

“For those Capetonians who missed out on the first run of King Kong, or who want to return with friends and family, this is the perfect holiday summer season entertainment and a celebration of local talent with our all-star South African cast,” says Daniel Galloway, the Executive Director of the Fugard Theatre. The Fugard Theatre’s King Kong is directed by Jonathan Munby who directed the Fugard Theatre’s production of A Human Being Died That Night with Noma Dumezweni (the only double Olivier award-winning Southern African actor) amongst many other international productions including the recent production of Shakespeare‘s King Lear for the Chichester Festival in the UK starring Sir Ian McKellen. The original production featured music by Todd Matshikiza, lyrics and original book by Pat Williams and book by Harry Bloom. The revised book (with additional lyrics) is by Academy Award nominated screenwriter and playwright William Nicholson (Shadowlands, Gladiator, Les Miserables, Sarafina, Long Walk to Freedom). South African choreographer star and recent French Legion D’Honneur recipient Gregory Maqoma choreographs King Kong to the irresistible original music of the late great South African composer Todd Matshikiza. The Fugard Theatre’s production sees Musical Direction by Charl-Johan Lingenfelder (West Side Story, Funny Girl, Cabaret) and Sipumzo Trueman Lucwaba with additional music and arrangements by Charl-Johan Lingenfelder. 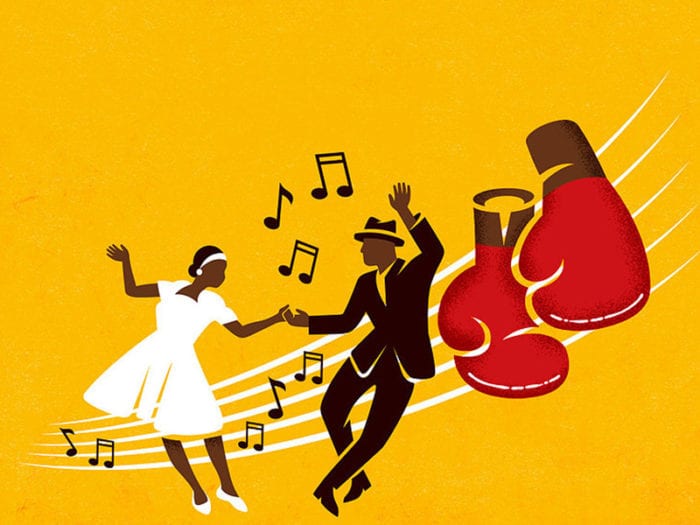 “KING KONG – Legend of a Boxer….soars to its own heights… Gregory Maqoma’s choreography is simply magnificent” – Marianne Thamm, Daily Maverick

King Kong will return to the Fugard Theatre in Cape Town from 12 December Tuesday to Saturdays at 8pm with a 4pm matinee on Saturdays and on Sundays. On New Year’s Eve Sunday 31 December, there will be a performance at 2pm and the Fugard Theatre bar will close at 7.30pm. Tickets cost from R130 to R280. Bookings can be made at Webtickets www.webtickets.co.za and through the Fugard Theatre Box office on 021 461 4554. Harrington Street car park is located at the corner of Caledon and Harrington streets and is available for the use of theatre patrons. Visit the cosy ground-floor bar, which opens two hours before all scheduled show times and stays open until last rounds are called… often as late as 1am. And if the weather is fine the bar on the fantastic rooftop terrace is opened, with its panoramic views of the city. Both bars offer a range of wines from some of the Cape’s top estates. For further information visit http://www.kingkongstagemusical.com