It is conference planning season for the South African Cultural Observatory (SACO). This means an intense review of the trends and research emerging from the creative and cultural industries (CCIs) and the arts, culture and heritage (ACH) sectors.

I spent three weeks recently travelling to Europe and the United Kingdom, which gave me some real first-hand insight to some of the most pressing issues on the minds of many thinkers, academics, researchers, economists and policy-makers. There is much to be excited about. There is also much to be worried about. As we plan the SACO’s third national conference, we have embraced the theme, ‘Beyond the creative economy? Trends and Issues in National and Regional Economies’. This means that we are considering a future trajectory for thinking about creativity and its role in our society. In1992, James Carville, a strategist to Bill Clinton, coined the powerful phrase, “It’s the economy, stupid”. It still is, but what that economy means and who it serves has changed radically in the past 25 years. We are more interconnected, intertwined, inter-reliant than ever before. Yet social and economic division mar efforts to establish real collaboration and effect real change. It may be the economy, but it’s all the other things too. There has, arguably, never been such a pressing time for creative solutions – and thus the thinking that takes us beyond the creative economy and into new spaces where creativity can be in the service of solution. There are some serious shortcomings of current prescriptions around the creative economy. These include its neo-liberal character, declining public spending on arts and culture, and the shortcomings of relying on the creative class for social reform, among other challenges. We are working on developing a call for papers for the conference that explores these and other issues as an important route to delving into ‘The Problem with the Creative Economy’. This is one of the most critical discussions we can have right now. 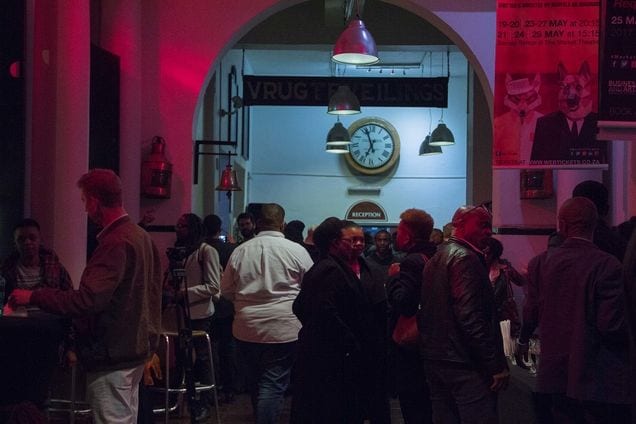 A conversation problematising the creative economy also adds value to other debates, such as how we map out the creative economy – and really describe its nuances and dimensions. In addition, as the new White Paper on Arts, Culture and Heritage is being recrafted, it is important to consider the real problems with base conceptualisation – and then of course operationalisation – of the creative economy and indeed policy in regard to arts, culture and heritage in South Africa. As already indicated in the recent mid-term budget, and given the current development trajectory, there will be probably not, in real terms, be much-increasing state support for the ACH sectors. Rather there is likely to be a gap between what is proposed and what is implemented. However, the discourse and debate assumes increased and widespread state support. During my European visit, I found during a definite decrease in state overall support for spending in the ACH sectors. So in a sense the creative economy – especially one that is organic, and market-orientated – is a policy response to this process or trend. We also need to consider how economies/savings are to be made in an environment of enforced frugality. This does not necessarily entail a purely neo-liberal solution, but would require a more thoroughgoing invocation of non-state actors, especially the third sector. So how do we achieve smart state intervention or growth on a (limited) budget? When rent-seeking is added to the mix how do we conceptualise and research the creative economy most especially in developing and transitional economies? These are questions we will ask at the #SACOConf2018. We need your voice in this – so please start thinking of how you can add to these debates and discussions and join us for the conference.