Yusuf / Cat Stevens, one of the most influential singer-songwriters of all time, will release his highly anticipated new album, The Laughing Apple, under his Cat-O-Log Records logo exclusively through Decca Records, the same label that launched his career 50 years ago.

Looking back and emotionally drawing on the themes of childhood possibilities and disappointments is what exemplifies this album, for me

The Laughing Apple follows the common 1960s template of combining newly-written songs with a number of covers – except that all the covers are from Yusuf’s 1967 catalogue. The Laughing Apple celebrates some of his earliest material, presenting the songs as he has always wished they had been recorded. ‘There are some I always wanted to hear differently,’ he explains. ‘Many of my earlier recordings were overcooked with big band arrangements. They crowded the song out a lot of times.’ Yusuf produced The Laughing Apple with Paul Samwell-Smith, the original producer behind Yusuf’s landmark recordings, including 1970’s Tea for the Tillerman, which contained the classics ‘Wild World’ and ‘Father and Son’. That multi-platinum album became a benchmark of the singer-songwriter movement, and the Rock and Roll Hall of Fame has named it one of the definitive albums of all time. The Laughing Apple takes listeners to that little garden where the Tillerman sat under the tree, with a charming new illustration by Yusuf. That picture harks back to Tillerman’s younger days when he worked as an apple-picker. Yusuf also has illustrated each of the eleven songs on The Laughing Apple in his naive style, resembling a storybook – for those whose hearts have never really grown old.

When all things were tall,

And our friends were small,

And the world was new. 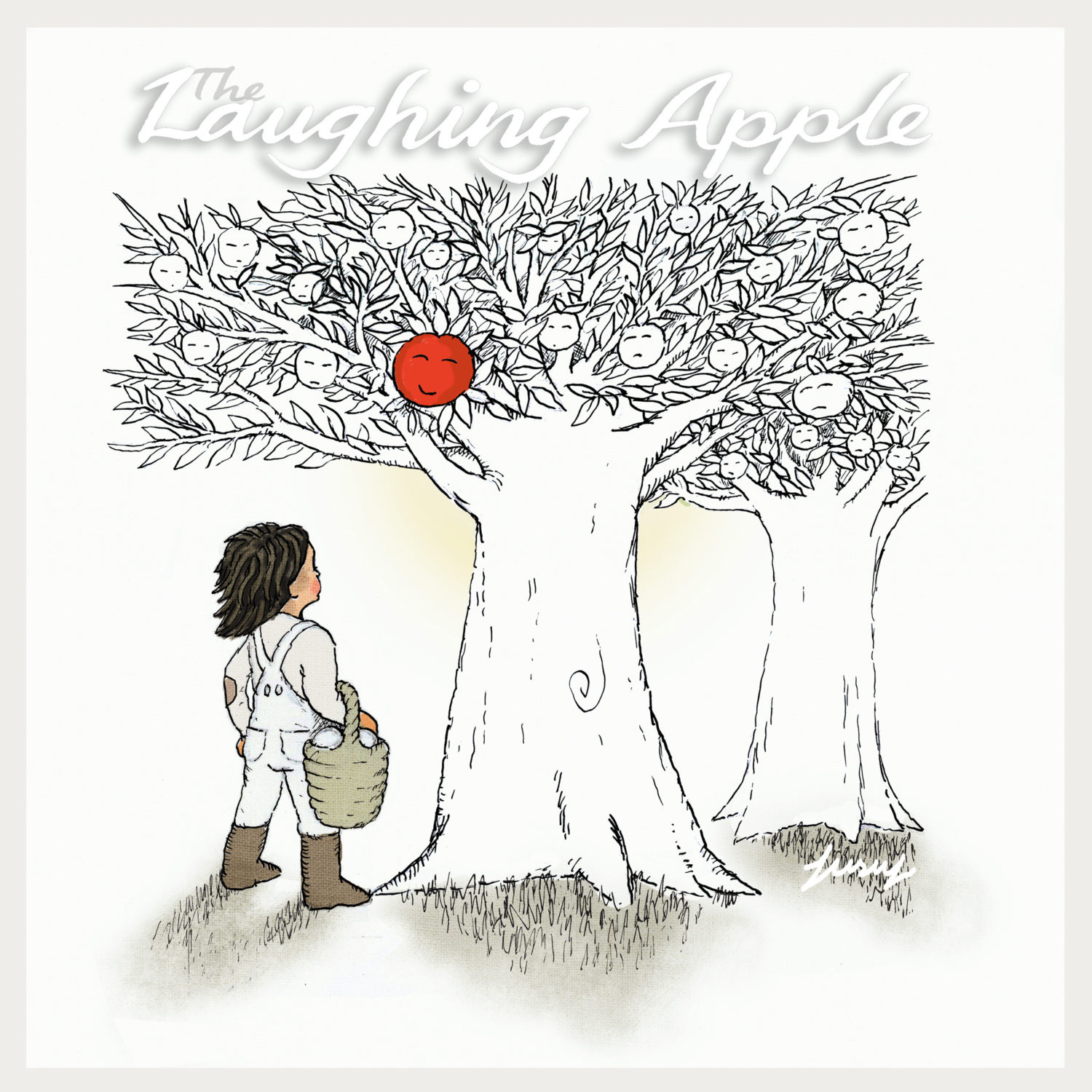 Those words of Cat Stevens’ Silent Sunlight now seem to reflect most accurately the sentiments of The Laughing Apple. ‘As you grow older, the sweetness of youth, as Wordsworth expressed in his poem “Splendour in the Grass”, get stronger,’ says Yusuf. ‘Looking back and emotionally drawing on the themes of childhood possibilities and disappointments is what exemplifies this album, for me.’ The new album also marks the return of Yusuf’s longtime musical foil, Alun Davies. Davies, whose graceful acoustic guitar is an essential component of Yusuf’s classic sound, first appeared on 1970’s Mona Bone Jakon and recorded and performed with Yusuf throughout the ‘70s. The Laughing Apple‘s newest songs – ‘See What Love Did to Me’, ‘Olive Hill’ and ‘Don’t Blame Them’ – possess the reflective insight of a spiritual seeker and the melodic charm that made Yusuf beloved by millions during the ‘60s and ‘70s and still speak to a younger, wide-eyed generation. ‘Mighty Peace’ is the first inspired song Yusuf wrote while still beating the folk-club path in London during the early ‘60s. The song laid fallow for more than 50 years, and, with a newly added verse, finally, has made it onto an album. ‘Mary and the Little Lamb’ reflects a similar story: it is an unreleased song that existed only on an old demo, and it also has a new verse. ‘Grandsons’ updates ‘I’ve Got a Thing About Seeing My Grandson Grow Old’, which now has hung around long enough to fulfil its biographical destiny. (Yusuf is the beloved grandfather of eight little grandkids.) The original version appeared for the first time on the 2000 edition of The Very Best of Cat Stevens.

As you grow older, the sweetness of youth, as Wordsworth expressed in his poem “Splendour in the Grass”, get stronger

Other highlights of The Laughing Apple include new versions of ‘Blackness of the Night’, ‘Northern Wind (Death of Billy the Kid)’, ‘I’m So Sleepy’ and the title track, four songs that appeared in their original incarnations on New Masters, a 1967 album largely unknown in the US. The album also contains ‘You Can Do (Whatever)’, a song originally intended for the film ‘Harold and Maude’ that remained unfinished until now. 2017 is a milestone marking 50 years of Yusuf / Cat Stevens’ amazing musical history. In 1967, Decca released his debut album, Matthew and Son, on its Deram Records subsidiary. Yusuf returned to the stage at London’s Shaftesbury Theatre, right across from his father’s cafe, on November 20, 2016, with a reflective and deeply emotional delving into his ‘Attic’ of songs, anecdotes and memories. The unforgettable ‘A Cat’s Attic’ show and subsequent tour included his musical classics and global hits like ‘Wild World’, ‘Moonshadow’, ‘Peace Train’, ‘Morning Has Broken’ and ‘Oh Very Young’, which made him a radio staple during the ‘70s. The music of Yusuf / Cat Stevens will be the subject of a PBS Soundstage special in September. Yusuf’s music has established him as a timeless voice for all generations. His songs are used regularly in films and television shows, with “’Father and Son’ playing during a crucial scene in the blockbuster movie Guardians of the Galaxy 2. A recipient of The World Summit of Nobel Peace Laureates‘ Man of Peace award and the World Social Award, Yusuf continues to support charities such as UNICEF, the International Rescue Committee (IRC) and Tree Aid through The Yusuf Islam Foundation in the UK. Yusuf will be performing in South Africa in November 2017, tickets are available through Computicket.