The international law firm with a global reach, Allen & Overy‘s two-year global charity partnership with War Child has taken them to Syria to witness firsthand the damages of war where children, traumatised by war and what they have experienced, are left distressed, aggressive, withdrawn and isolated.

The Rescue Childhood Project aims to fully fund a child-friendly refugee camp designed to house 2 000 of the most affected children in the Emirati Jordanian Camp area. War Child, an international charity that works to protect, educate and stand up for the rights of children caught up in war, was selected as Allen & Overy’s (A&O) global charity partner through a staff vote in November 2016. A&O’s goal was to raise enough money to fund the Rescue Childhood project, as well as provide significant pro bono, skills-based volunteering and in-kind support to the charity as a whole. There has been an unprecedented level of support for the partnership so far, with 41 of A&O’s offices having taken part in fundraising to help us reach our target. Nine pro bono projects are up and running already, with more planned over the course of the partnership. War Child addresses a need for children to receive the necessary psychological support, basic learning and lifestyle coaching to allow them to be children. With this in mind, Allen & Overy are working in collaboration with Candice Berman, from Candice Berman Art Gallery and new project space Berman Contemporary, to host an art auction where all proceeds will be donated to War Child and contribute to the Rescue Childhood Project. 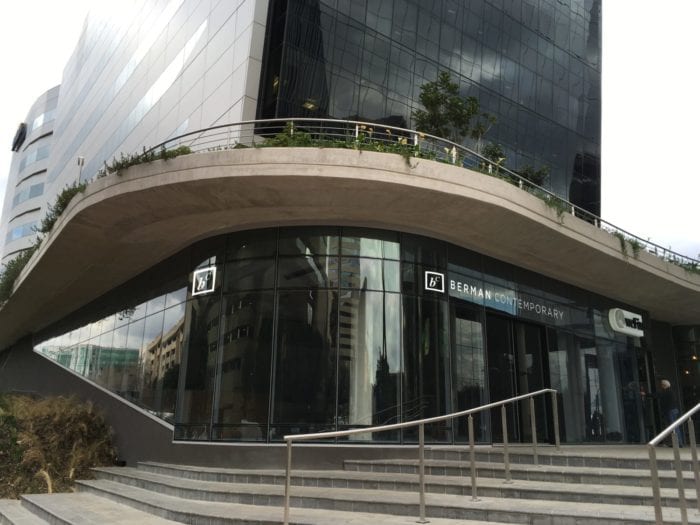 The call for artists, collectors and galleries to donate works for this auction opened in August 2017 and a wonderful selection has been received. Artists, collectors and galleries have contributed work to this cause, including from the Candice Berman Gallery; William Kentridge; Nelson Makamo; John Vusi Mfupi; Elsa Duault; Nadja Daehnke; Nombuso Bhogolo; Anna-Carien Goosen; Thabo Sekoaila; Sue Martin; Louise Almon; Daniel Stompie Selibe; Jessica Michelle Le Roux; Norman Catherine; Bevan de Wet and many more. The organisers will be compiling an Auction Catalogue featuring all the works available detailing each artist’s contribution to this wonderful cause. We look forward to hosting the event at the new Berman Contemporary Gallery, opening up October 2017 at 11 Alice Lane, Sandton. For more information please contact Candice Berman on info@candiceberman.co.za with the subject ‘War Child’. The invitations will be VIP only and this prestigious event will be hosted on the Thursday 26 October 2017 at 18:30 at the new premises in Alice Lane. By providing flexible funding, A&O can also support War Child’s response to emergency situations as they arise – without red tape or waiting for the outcome of grant applications. With this income, War Child can act quickly to help children like Zariya.

In association with Candice Berman, we intend to host this prestigious art auction in the name of corporate responsibility and direct involvement on a global level

Zariya was 9 years old when ISIS took over her home city of Mosul. She was taken out of school and lost all her friends too as they fled the area. Along with her young brother and older sister, who has Down Syndrome, Zariya spent two years terrified to leave the house. Then ISIS came to her home. ‘Two ISIS members reached our farm and tried to hide. So when bombers came, they thought our house was ISIS as well so they bombed it. The house was completely destroyed by the bombs.’ Zariya was buried under the rubble for 15 minutes but, despite burns and scratches, amazingly the whole family survived. Now they are at the refugee camp, however, they face new challenges. Zariya’s father is still being admitted through the camp process so is not with them yet, bringing further trauma to the family. Zariya cries as soon as she starts to talk about her father. ‘Before the crisis, we were doing well,’ she says. ‘But now the children don’t listen to me. They don’t even listen to their grandfather, or anyone at home. They always shout and are aggressive.’ At the camp, Zariya had withdrawn and stopped playing with other children, but she is now working with Bashar, an education facilitator at War Child’s Temporary Learning Space. ‘I love Bashar because she takes care of me and she worries about me. She makes sure I’m not alone. And she always walks with me to class.’ Since going to War Child’s Learning Space, Zariya has started attending school in the morning. To find out more about how War Child invests donations, visit: www.invest.warchild.org.uk