Two major South African artists who have taken part in the Rolex Mentor and Protégé Arts Initiative are participating in Performa 17 in New York during November 2017. 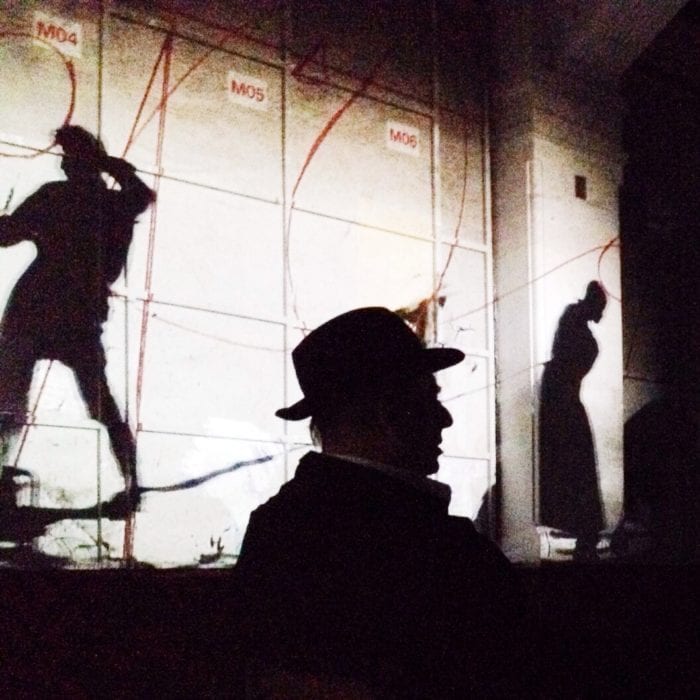 Founded in 2004 by art historian and curator RoseLee Goldberg, Performa is the leading organisation dedicated to exploring the critical role of live performance in the history of 20th-century art and to encouraging new directions in performance for the twenty-first century. Since launching New York’s first performance biennial, Performa 05, in 2005, the organisation has solidified its identity as a commissioning and producing entity. As a ‘museum without walls’, Performa contributes important art historical heft to the field by showing the development of live art in all its forms from many different cultural perspectives, reaching back to the Renaissance. Celebrated worldwide as the first biennial to give special attention to this remarkable history, the Performa Biennial transforms the city of New York into the ‘world capital of artists’ performance’ every other November, attracting a national and international audience of more than 200 000 and garnering more than five million website hits during its three-week run. In the last decade, Performa has presented nearly 600 performances, worked with more than 700 artists and toured commissioned performances in nearly 20 countries around the world. Supporters of the biennial include the Ford Foundation, the Andy Warhol Foundation for the Visual Arts, Toby Devan Lewis, the National Endowment for the Arts, and the Performa Commissioning Council, among many others.

For Performa 17, William Kentridge will be performing Kurt Schwitters’ seminal sound poem Ursonate, accompanied by projections made for the piece and joined by musicians for the final cadenza. The piece is curated by RoseLee Goldberg

For Performa 17, William Kentridge will be performing Kurt Schwitters’ seminal sound poem Ursonate, accompanied by projections made for the piece and joined by musicians for the final cadenza. The piece is curated by RoseLee Goldberg. Kurt Schwitters was born in Hannover in 1887. Refused by the Berlin Dadaists, he started a one-man Dada group in Hannover called Merz. He made paintings, collages and objects; he wrote poems, sound poems and plays, which he published in his own magazine, also called Merz. In 1919, after gaining a national reputation with the absurd love poem An Anna Blume, he made contact with fellow Dadaists Hans Arp and Raoul Hausmann. In 1937, Schwitters fled the Nazis, via Norway to England, where he died in 1948. At the source of Schwitters’ Ursonate or sonate in urlauten (sonata in primordial sounds) are two Plakatgedichte (Poster Poems) by Raoul Hausmann, which provide the sonata’s opening line:

Challenging expectations of sexuality and identity within his own Xhosa culture as well as norms in everyday life after apartheid, Cape Town multimedia artist Nicholas Hlobo expands his 2016 performance umBhovuzo for Performa 17

Schwitters used phrases such as this to provoke audiences at literary salons, who expected traditional romantic poetry, by endlessly repeating them in many different voices. In the course of ten years, he expanded this early version of Ursonate into a 30-page work with a structure similar to that of a classical sonata or symphony. It consists of four movements: ’Erster Teil’, ‘Largo’, ’Scherzo’ and ’Presto’. Schwitters wrote a few pages of instructions for reciters of the Ursonate, mainly dealing with the correct pronunciation of the letters; apart from that, brief prescriptions regarding tempo, pitch, dynamics and emotional content are scattered throughout the sonata’s text. Nicholas Hlobo (b. 1975, Cape Town), the Rolex Visual Arts Protégé for 2010/11, with Anish Kapoor as his mentor. He exhibits widely, including pieces at the Venice Biennial, Biennale of Sydney, Guangzhou Triennial, and solo shows at the National Museum of Art, Architecture and Design in Oslo, Tate Modern, and Boston ICA. For Performa 17, Hlobo will present an installation that is activated by nine male African / African American performers, four of them sitting on 7-foot high chairs. The audition information stated:

Challenging expectations of sexuality and identity within his own Xhosa culture as well as norms in everyday life after apartheid, Cape Town multimedia artist Nicholas Hlobo expands his 2016 performance umBhovuzo: The Parable of the Sower, which presented several men incessantly working swaths of cotton and silk at impossibly elevated Singer sewing machines, an apparatus symbolising industrial self-sufficiency, in order to cast doubt onto prescribed executions and gender roles dictating domesticity, labor, and globalisation. The Rolex Mentor and Protégé Arts Initiative was created to assist extraordinary, rising artists in achieving their full potential by pairing them with great masters for a year of creative collaboration. It is a philanthropic programme that was set up in 2002 to make a contribution to global culture. In keeping with its tradition of supporting individual excellence, Rolex gives emerging artists time to learn, create and grow. Over the past decade, Rolex has paired mentors and protégés in dance, film, literature, music, theatre, visual arts and – as of 2012 – architecture. In the decade since it was launched, the mentoring programme has evolved into an enriching dialogue between artists of different generations, cultures and disciplines, helping ensure that the world’s artistic heritage is passed on to the next generation. Past mentors in Visual Arts have included William Kentridge, David Hockney, John Baldessari, Olafur Eliasson and Joan Jonas.