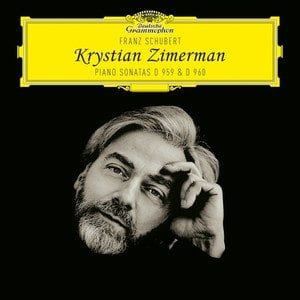 The Polish pianist Krystian Zimerman brings his trademark lightness of touch and exquisite musical sensitivity to Schubert’s final two sonatas, written just months before the composer’s death in 1828 at the age of 31. Both of these undoubted masterpieces span the emotional spectrum, their dying composer reaching into the dark recesses of his soul one moment, before expressing his resignation to fate with music of radiance, tenderness, and beauty. Zimerman deftly negotiates Schubert’s internal conflicts in a recording of staggering depth and richness. Zimerman is known for his exacting standards, always travelling with and performing on his own piano. For this recording, however, he went one stage further: he refitted his piano with a new keyboard designed by himself, in order to approximate the kind of sound that Schubert would perhaps have expected. The main modification is that the hammer strikes the string in a different place to a modern grand, which not only means that the sound itself is altered (due to a combination of the change in attack and the distinctive overtones that are invoked as a result), but also that the action is lighter, allowing for more control over fast repeated notes. Krystian Zimerman stands as one of the most sensitive and controversial concert pianists to emerge in the latter half of the twentieth century. His extensive recordings with Deutsche Grammophon cover a broad range of repertoire from the classical period to modernity, including the complete piano concertos of Beethoven and Brahms, important works by Schubert, Liszt, Grieg, Bartók, and Szymanowski, and all of Debussy‘s preludes. At the same time, early in his career Zimerman established a reputation for maintaining dauntingly high personal artistic standards, being very selective in undertaking projects, and limiting himself to only a small number of concert engagements each year. 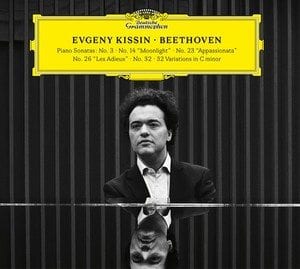 Assembled from live recordings made over many years, this is a Beethoven programme from one of the great Russian pianists of our age. The wunderkind has turned into a thoughtful, intellectually probing player who has found new meanings and messages in these often-familiar works. Popular nicknamed sonatas like ‘Moonlight’, ‘Appassionata’, and ‘Les Adieux’ sit alongside Beethoven’s towering 32 Variations on an Original Theme and his visionary last sonata, and Kissin gives masterly accounts. This two-disc set marks Kissin’s return to Deutsche Grammophon after 25 years, and offers live recordings from the last decade, ranging from 2006 performances in Vienna and Seoul to an account of the ‘Appassionata’ sonata in Amsterdam last year. We kick off with the C major sonata, Op. 2 No. 3; in some respects, it’s quite a ‘straightforward’ reading, in that Kissin doesn’t pull it about too much, but this directness adds to its appeal. What this sonata shows, though, is the dual essence of what makes his playing remarkable: a combination of absolute clarity and precision in the faster passagework (witness the mini-cadenza shortly before the end of the first movement of this sonata, or turn to the last movement of the ‘Moonlight’ sonata to hear a virtuosic barrage of semiquavers!) with an astonishing ability to vary his tone from the stormiest, heaviest onslaught to the most tender of sounds within an instant. There are so many examples of this: the introspective, beautifully articulated account of the Adagio from Op. 2 No. 3, for instance, or the utterly mesmerising middle movement of the Op. 81a sonata (‘Les Adieux’). Where it comes most to the fore, though, is during the mighty Op. 111. The second movement is really rather extraordinary – such is the range of dynamics and tone that at some moments it sounds almost as if Kissin has seamlessly switched to a different piano with an infinitely softer touch, and then back again! So great is his control that he can even give us different tones simultaneously: when the main theme returns about five minutes from the end, the theme itself is played with a slightly harder attack, whilst the accompanimental figurations are given a more gentle treatment.