The eight-piece band comprises some of the best young jazz players in South African jazz today. These are young musicians on the brink of their professional careers. Their performance at the 20th Standard Bank Joy of Jazz will mark their first major showcase following their breakout performance at the Standard Bank National Youth Jazz Festival in Grahamstown during the National Arts Festival in July. Central to the strength of this year’s SBNYJB line-up is its representation of South Africa’s various regions. This year, the band includes rising stars from the country’s various jazz heartlands. Leading the pack on vocals, Daniel van der Walt is from Cape Town. His city mate, Muneeb Hermans is on trumpet. He shares honours on the horn section with one of the most exciting young tenor-men on the circuit today, Thami Mahlangu from Tembisa and Godfrey Mntambo on alto saxophone from Evaton, Johannesburg. Then there’s a trio of Durbanites, Nicholas Pitman on guitar, Dalisu Ndlazi on bass and Zibusiso Makhathini on piano along with Pretoria’s Tshiamo Nkoane on drums. 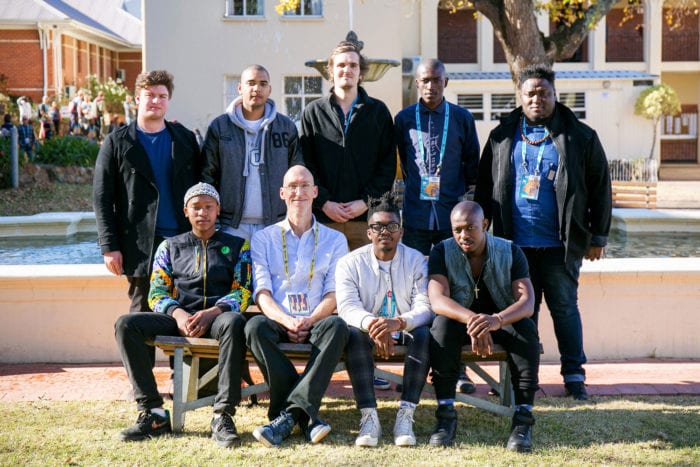 The brilliant band of young stars will ascend the stage accompanied by this year’s chosen conductor charged with marshalling the budding players into a professional band. This year the band is conducted by jazz saxophonist and composer, Buddy Wells. The band will play a repertoire of tunes brilliantly arranged by their conductor. These include some South African evergreens and some treasured international jazz gems. The result is an exhilarating songbook that reflects and balances the conductor’s musical priorities with the best aspects of the young players’ abilities and interests. “The audience at the Standard Bank Joy of Jazz this year are in for a treat as there are some really exciting soloists in the SBNYJB. At the Standard Bank National Youth Jazz Festival in Grahamstown, the SBNYJB prepared and performed a few of my compositions, but also played some really amazing compositions of their own. The band have had a few months since then to internalise those compositions and their performance is going to be even more magical at the Standard Bank Joy of Jazz,” says conductor Buddy Wells.

Wells goes on to say that the youth band’s performance at the Standard Bank Joy of Jazz is an opportunity for the young musicians to not only showcase their exciting talents to the Johannesburg audience, but it also gives them a chance to see and be inspired by the master musicians from around the world who are performing at the Standard Bank Joy of Jazz. To be part of the SBNYJB, these top of class instrumentalists need to be aged 19-25 years and already proficient in their craft. They are selected from among top 300 young musicians in a rigorous auditioning process that takes place during the weeklong programme of workshops and clinics at the Standard Bank National Youth Jazz Festival, which celebrated its 25th anniversary this year. “It’s a rare honour to see young people, rise to the occasion and fulfil the promise of their talents and it gives us hope for the future. We as Standard Bank are proud of what they have achieved and will be eagerly following their journey,” says Hazel Chimhandamba, Head of Group Sponsorship at Standard Bank. The SBNYJB will be performing at the Standard Bank Joy of Jazz on the Diphala Stage on Friday 29th September.