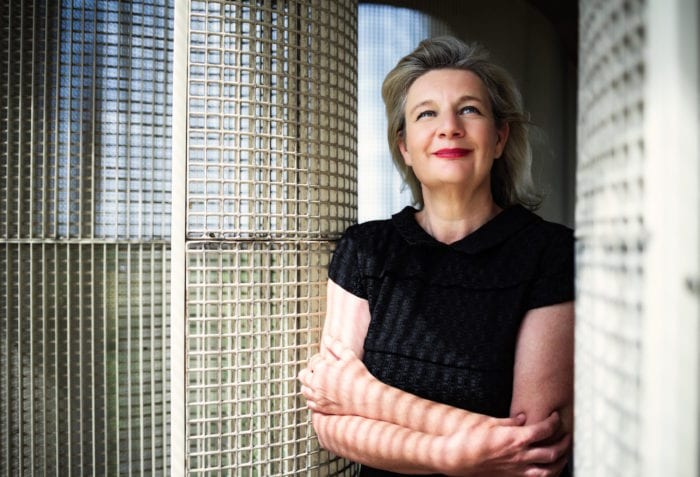 Indra Wussow is a literary translator, writer, editor and curator with a strong desire to learn as much about the world as possible. She focuses on international art projects and networking in order to connect the world through the arts.

Name three artworks that you love and why.

Paul Celan’s ‘Death Fugue’ – a beautiful piece of poetry that offers a means to crawl deep into the trauma and pain inflicted during the horror of the Holocaust. It creates the consciousness needed to understand the unimaginable that happened in its comparison of a highly developed civilisation; a barbaric brutality and the immeasurable suffering of its victims.

Michelangelo’s ceiling of the Sistine Chapel. A masterpiece of Renaissance, it combines the worship of god with a celebration of human intelligence. Beyond all its beauty and craftsmanship, it offers an incredible account of the knowledge of anatomy and science Michelangelo possessed, which he combined with a profound poetic dimension

Peter Greenaway’s film Prospero’s Books offers a purely subjective take on Shakespeare’s The Tempest, as witnessed through the eyes of Prospero (John Gielgud in one of his final roles). An exiled magician finds an opportunity for revenge against his enemies muted when his daughter and the son of his chief enemy fall in love in this uniquely structured retelling of The Tempest. The film is a true interdisciplinary masterpiece.

Name one artist you would love to meet.

In another life, definitely Michelangelo. Recently, in Chile, I met 103-year-old ‘Antipoeta’ Nicanor Parra and that was a mindblowing encounter.

What are you reading at the moment?

Living Silence in Burma: Surviving Under Military Rule by Christina Fink. A paramount book for my series of interviews to scrutinise transformation in Myanmar today. It is most helpful to understand the silence, the void that is so much part of the Burmese society. The question is: How do you fill this void? How to fight fear to achieve a better future?

What is in your car’s CD player?

The Tiger Lillies’ A Cold Night in Soho. The latest album by this iconic British band is just wonderful – variously serious, humorous and blasphemous – The Tiger Lillies at their best definitely.

If you could change one thing about yourself, what would it be?

To be more fearless so some things felt more natural and less like a huge courageous task.

How have the arts industries in South Africa changed over the last ten years?

There are more and more important global initiatives and a very vivid, necessary debate about the future of South African arts and culture. Sometimes these debates are still discussed in separated groups rather than together, but a lot of progress has been made. Only together can we learn from each other and change the world.

Name one thing you think would improve the arts and culture industry in South Africa.

More and more global dialogue. Only by sharing ideas and experiences can we improve, learn from each other, understand each other. I also feel that a huge part of new experiences should be sought directly with artists and institutions outside of Europe or the US to trigger new debates and perspectives.

What is your most treasured possession?

The stories my grandmother told me when I was a child. I still know most of them by heart.

What do you regard as the lowest depth of misery?

The apparent lack of empathy in this world… As long as we are human we need compassion. Compassion brings inner peace and keeps our fears at bay.

What is it that makes you happy?

Meeting friends for a homemade dinner or a braai. To feel safe and one with the world when I am alone somewhere far away, where I do not know anyone.

Describe a defining moment in your life.

When I finally realised I managed myself to get over my panic attacks that had hit me for years. The freedom and strength that came with this personal achievement made me change my life completely.

I am curating a new project called Transformation & Identity, Trauma & Reconciliation, which investigates our perceptions of our pasts and our futures through the arts in six countries, namely Cambodia, Chile, Cuba, Haiti, Myanmar and South Africa. We have already run two workshops in Yangon and Phnom Penh this year and I am spending a lot of time in South East Asia and Central America this year, but will always be very happy to come back to Johannesburg, to live and work here. For me, it is the most exciting place to live in and to be part of its transformation, change and a huge art community.

Name one goal you would like to achieve in the next twelve months.

To bring the above-mentioned new project forward and to connect artists and scientists and share new insights. Another goal will surely be to also keep on promoting contemporary African writing and continue where I can as an editor, translator, art journalist and presenter to talk in Asia/Europe/South America about the diversity and quality of African fiction.