Zola Maseko’s The Whale Caller, is a fascinating story based on Zakes Mda’s bestselling novel. It is an enchanting, romantic comedy of sorts, told through lyrical and magical storytelling.

The film is set against the backdrop of the stunningly beautiful Hermanus, on the West Coast of South Africa. The story follows The Whale Caller (Sello Maake ka-Ncube), a man who has long turned his back on humanity. It’s a heart -warming tale about his journey from misanthropic alienation to human connection, driven by a unique love triangle between him and Saluni (Amrain Ismail-Essop), the wispy sexy town drunk who harbours ideas of grandeur, and Sharisha, a southern right whale. The film will be released in cinemas, nationwide, on 13 October, and is distributed by Ster-Kinekor Entertainment. The Whale Caller has already won Best African Film at the Jo’burg Film Festival! The Whale Caller, Zakes Mda’s fifth novel, is his most enchanting and accessible book in which the changing face of post-apartheid South Africa is revealed through prodigious, lyrical storytelling. As the novel opens, the seaside village of Hermanus, on the country’s west coast, is overrun with whale watchers – foreign tourists wearing floral shirts and toting expensive binoculars, determined to see whales in their natural habitat. 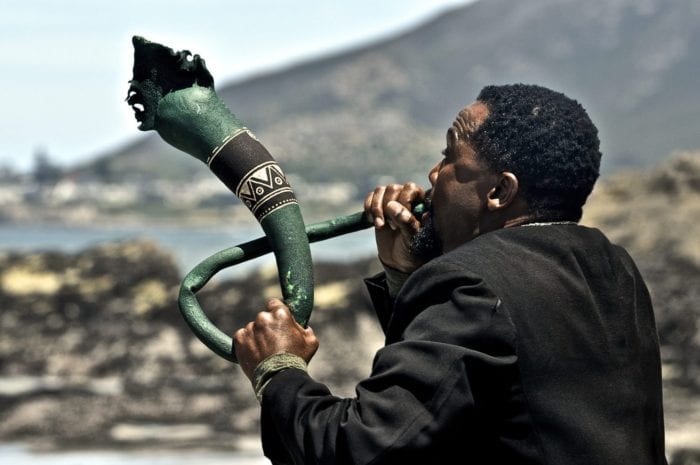 But when the tourists have gone home, The Whale Caller lingers at the shoreline, wooing a whale he calls Sharisha with cries from a kelp horn. When Sharisha fails to appear for weeks on end, The Whale Caller frets like a jealous lover – oblivious to the fact that the town drunk, Saluni, a woman who wears a silk dress and red stiletto heels, is infatuated with him. The film’s director, Zola Maseko was born in exile in 1967. Educated in Swaziland and Tanzania, he joined Umkhonto We Sizwe, the armed sector of the African National Congress, in 1987. After moving to the United Kingdom, he graduated from the National Film and Television School in Beaconsfield in 1994. Maseko’s first film was the documentary Dear Sunshine, released in 1992. He fought apartheid in several countries. He moved to South Africa in 1994 and wrote The Foreigner, a short fiction film about xenophobia in this country. In 1998, Zola Maseko directed The Life and Times of Sara Baartman. Other short films by Maseko include The Return of Sara Baartman (2003), Children of the Revolution (2002), and A Drink in the Passage (2002). The latter won the Special Jury Award at FESPACO. 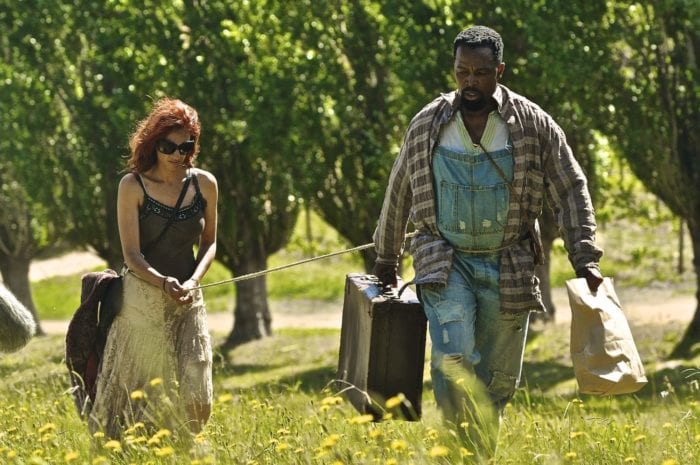 His first feature film was Drum, released in 2004. The film received the top prize at FESPACO, the Golden Stallion of Yennenga. Sello Maake ka-Ncube, best known to television audiences for his role as Archie Moroka on the SABC1 soap opera Generations, plays The Whale Caller. Films in which he has appeared include A Dry White Season with Donald Sutherland, Suzan Sarandon and Zakes Mokae, The Rutanga Tapes, Dark City, Wheels and Deals, The Good Fascist, Bopha!, Taxi to Soweto, Djadje: Last Night I Fell Off a Horse and Othello: A South African Tale. Amrain Ismail-Essop – who is renowned for her work in This Life, Anner House and Forgiveness portrays the role of Saluni in this critically acclaimed film. The Whale Caller was produced by award-winning film and media production company, Black Roots Pictures in association with The National Film and Video Foundation, the Department of Trade and Industry, The Industrial Development Corporation, Gauteng Film Commission and the Department of Arts and Culture. 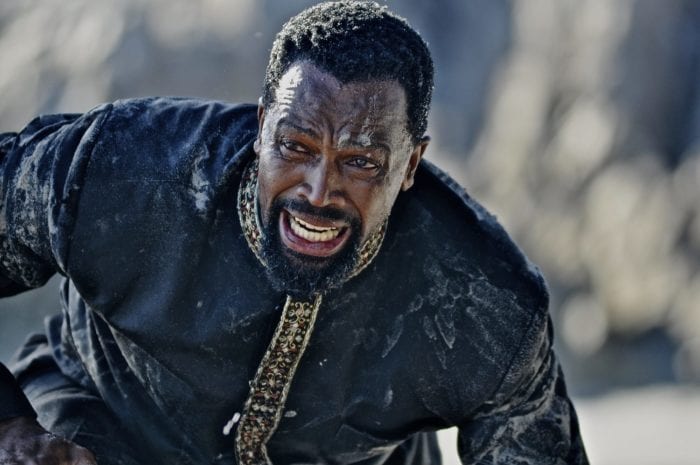