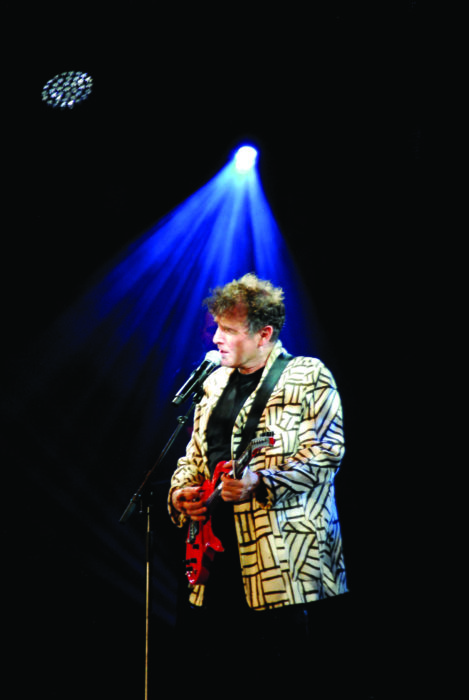 Johnny Clegg’s latest and final world tour, The Final Journey, is a tribute to the artist and the extraordinary friends he has made along the way.

It is also a masterstroke in storytelling, paying tribute to our country, its valleys of highs and lows, and its people. South Africa is the land of irony, he notes somewhere in the show – it is the understatement of the year from one of our country’s great raconteurs. Having interviewed Johnny many times over the years, I am in awe of his ability to weave the storylines together – as was highlighted in the amazing documentary series A Country Imagined. His need to understand who he is in the context of our country, in the context of his music, pays credit and tribute to his mentors and friends of bygone times – including Sipho Mchunu and the dancer Dudu Zulu – while constantly questioning our changing, shifting new world. (Sipho Mchunu is a wizened hobbit. He comes onto the stage with his guitar and cackles, ‘Oh that Johnny – he is so lazy, he only has one wife.’ He then proceeds to perform two rocking tracks with Clegg from their early Juluka days.) Addressing the present and the future, Clegg notes how the crate dancers that we currently see performing at traffic lights and street corners are an offshoot of the classic pantsula dancers, using their bodies as a ‘communicative device, highlighting the complexity of dance in the most surprising of places.’ It is this eye for detail; through the big story in the smallest moment, that he captures the world with passion and empathy. 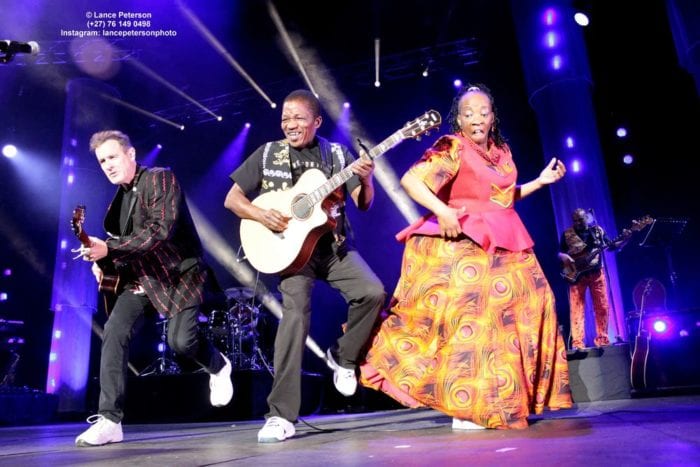 In an article on Clegg, the author and journalist Marianne Thamm describes eloquently how ‘Clegg’s deep respect for the vision of fellow artists, his ability to attempt to see the world through the eyes of others, which is his greatest gift – a gift he has shared for more than 40 years and with those of us who needed to learn to see and listen across political divides.’ During the 1980s and 90s, it was people like Johnny, and his partnerships with Sipho and Dudu, that, like the title of the documentary series, planted the seeds toward the reimagining of our country. (The Bell Pottinger team would have done well to enter into our world a little more closely, in their arrogant attempt to ‘reimagine our country’.) In the Final Journey performance, I am also struck by another Johnny. His well-recorded clash with cancer, and indeed our mortality is clear, not just in his raw moments of breathlessness, but in the lyrics of songs that allude to the passing of time and life. But it is in the live performance that Johnny makes his most critical comment about society today. He describes how we have lost ourselves in technology, that ironically (and obviously) it is in the veracity of the live performance that we truly engage. 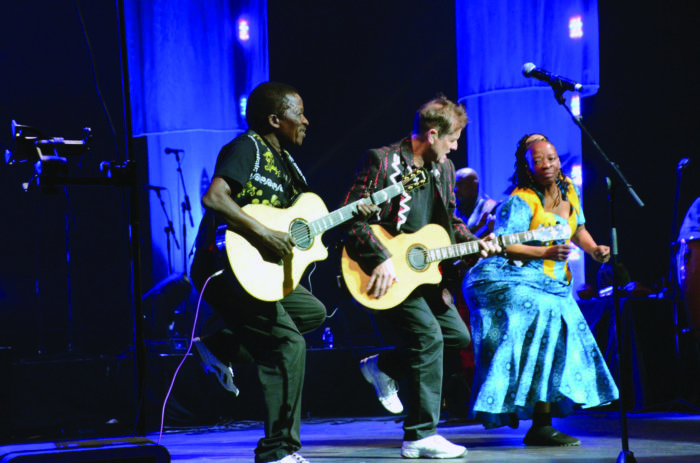 In the passing of the baton, he describes how his singer-songwriter son, Jesse, swore never to perform on stage with him. This show, however, proves different with a duet. It is an extraordinarily tender moment, shining a light on the ageing lion and the upcoming lion cub. As I said, I’ve interviewed Johnny many times, and it’s always a pleasure and an honour. Most recently he came into the SAFM studio. I had forgotten my glasses at home and could barely read the info off the computer screen in front of me. (Talking of the passing of time…) Johnny leaned over and gave me a pair of readers. Keep them, he said. It was deeply appropriate that I put them on and my view and vision of the world became clearer and more colourful. Thank you.