A legion of international giants and luminaries of the jazz world, as well as leading lights of South African jazz, will descend on Johannesburg to celebrate the momentous 2017 Standard Bank Joy of Jazz, marking its twentieth anniversary, at the Sandton Convention Centre for three days from September 28 to 30.

Six-time GRAMMY Award nominee Nnenna Freelon, who has earned a well-deserved reputation as a compelling and captivating live performer, will be one of the stars on the opening night of Standard Bank Joy of Jazz. She will share the honours on the Dinaledi Stage with celebrated South African jazz vocalist Tutu Puoane, Thandiswa Mazwai Belede Jazz Project which features Nduduzo Makhathini, Herbie Tsoaeli, Ayanda Sikade, Mthunzi Mvubu, and an interesting musical concept, Ramsey Lewis versus Roy Ayers. The line-up includes three-time GRAMMY Award winner Branford Marsalis, who has continued to exercise and expand his skills as an instrumentalist, a composer, and the head of Marsalis Music, sax maestro Joshua Redman and his Quartet, The Clayton Brothers, Jeff and John, and the MAC Power Trio with David Murray, Geri Allen and Terri Lyne Carrington from the US. Other big international names in the jazz world include the five time GRAMMY Award winning American virtuoso bassist Christian McBride, one of the most recorded musicians of his generation, appearing on more than 300 recordings as a sideman, and we include, the popular Mali superstar Salif Keita, Uganda’s Somi, Lesotho’s Tsepo Tshola, Maleh and Bhudaza Mapefane. 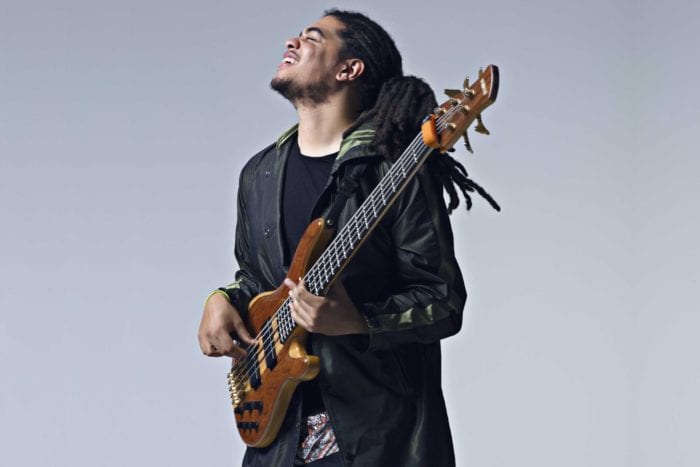 He has received a number of awards from Billboard, BET, ASCAP, BMI, and Soul Train. He has also earned award nominations from MTV, the American Music Awards, the NAACP, and eleven GRAMMY nominations, including three for his 2007 album Luvanmusiq. French-born Elisabeth Kontomanou is a vocalist with seven albums to her credit and has performed around the globe with some of the biggest names in music, including Michel Legrand, Darryl Hall and Toots Thielemans. She moved to New York in the 1990s and then on to Stockholm where she was based for a while, later returning to the US. She has performed at a number of major jazz festivals and comes to Standard Bank Joy of Jazz with a fresh repertoire. Other highlights will include performances by the Standard Bank National Youth Jazz Band and Selaelo Selota, the noted South African guitarist, composer, producer and teacher.