In celebration of the fiftieth anniversary of the release of his debut album Matthew and Son in 1967, Yusuf / Cat Stevens will perform in South Africa this November as part of his Peace Train Tour. Creative Feel spoke to the illustrious artist shortly before his sixty-ninth birthday.

In his five-decade career, Yusuf / Cat Stevens has successfully established himself as one of the most influential singer-songwriters of his time. Yusuf / Cat Stevens achieved early success in the late-1960s with hits like ‘I Love My Dog’ and ‘Matthew and Son’, both off his debut album. His songs ‘Here Comes My Baby’ and ‘The First Cut Is The Deepest’ would go on to become international hits for other artists, with the latter in particular a huge success for multiple artists. The period of 1970 to 1974 saw Yusuf / Cat Stevens become an international household name. Tea for the Tillerman was certified gold in the US and contained the classics ‘Wild World’, ‘Hard Headed Woman’, ‘Where Do The Children Play?’ and ‘Father and Son’. With Teaser and the Firecat, Yusuf / Cat Stevens became a true megastar. Songs such as ‘Morning Has Broken’, ‘Peace Train’ and ‘Moonshadow’ resonated with audiences worldwide and were embraced by a generation as anthems of peace and unity. In 1978, after facing two near-death experiences Yusuf / Cat Stevens put fame and stardom aside and converted to Islam. In 1968, he had experienced a potentially fatal bout of tuberculosis, and in 1975 he was almost swept out to sea while swimming in the Pacific Ocean off the Malibu coast. Changing his name to Yusuf Islam, he amazed the world by walking away from his career as a music star to start a family and dedicate himself to charitable work. 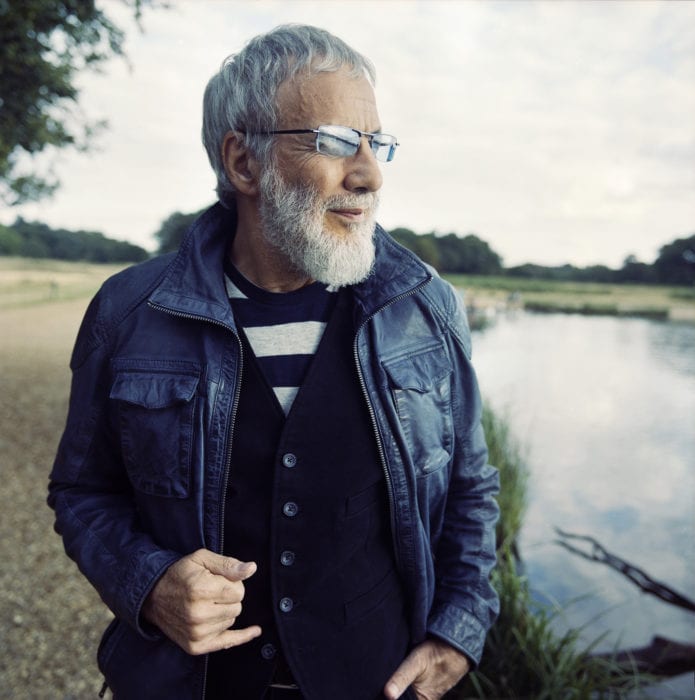 Over the next few decades, Yusuf / Cat Stevens would dedicate his time to charitable endeavours and humanitarian relief. In 2003, he received the ‘World Social Award’ in Germany from an international awards jury for ‘dedicating his life to the needy and the ill.’ And in 2004 he was presented with the Man of Peace award by Mikhail Gorbachev on behalf of a committee of Nobel Peace Laureates. Yusuf / Cat Stevens began his return to music in the aftermath of 9/11. ‘When 9/11 happened, I’d been recording in a way, only minimally for children and producing songs mainly for the Muslim community,’ he says. ‘And then came 9/11, and that just changed everything. They asked me to sing “Peace Train” for one of the shows that was taking place in New York with Paul McCartney, David Bowie and everybody. I joined in with “Peace Train” and did a version with just my voice. It’s just so powerful and I realised that this is the time to come back and do something more. Music brings hearts together because music becomes a bridge; we start to become human again when we start singing.’ The artist’s’ long-time association with South Africa began in the early 1970s, and the country continues to hold a special place in his heart. The global hit, ‘Can’t Keep It In’ held the number one spot on the South African national hit parade for six weeks in 1972. Because of this, he says fans might even have the opportunity to hear it live during his tour. ‘I don’t normally sing “Can’t Keep It In”, but I might even do that one too because I haven’t sung it in a long time, I think I might enjoy it.’ 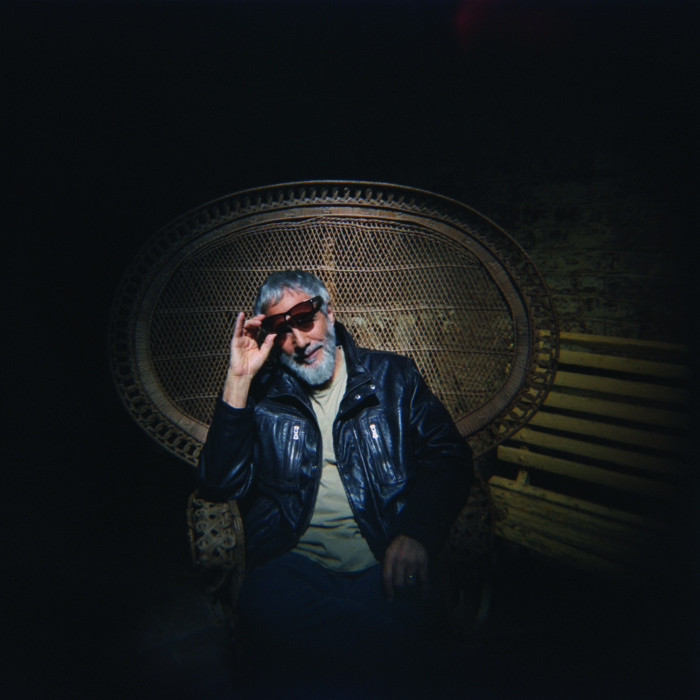 In 2001/2, Yusuf / Cat Stevens added African harmonies and traditional sounds to two of his major hits, ‘Wild World’ and ‘Peace Train’, which he recorded with a local choir, the Incwenga Voices. ‘It was really in South Africa that I started re-recording some of my old songs again, and it was that that gave me ignition… You get three South Africans in a room and they start a harmony together, it was amazing. I think Paul Simon found something similar when he was recording Graceland. It’s got such a buzz, and that’s what can bring it together. It was great, I’m looking forward [to this tour].’ He also performed ‘Peace Train’ with the Incwenga Voices at the Market Theatre in Johannesburg as part of the broadcast via satellite to a Stop the War Coalition event in London that also featured Coldplay and Ronan Keating. In November 2003, Yusuf / Cat Stevens returned to South Africa again, this time to perform “Wild World” with his former session player, Peter Gabriel, as part of the Nelson Mandela 46664 concert in Cape Town. ‘That was the first show I had done in about two decades,’ he says. ‘It was my first public appearance and singing “Wild World” again with Peter Gabriel was a massive moment for me actually, it opened up the world again in a way for me and it started to make me want to make more music.’ 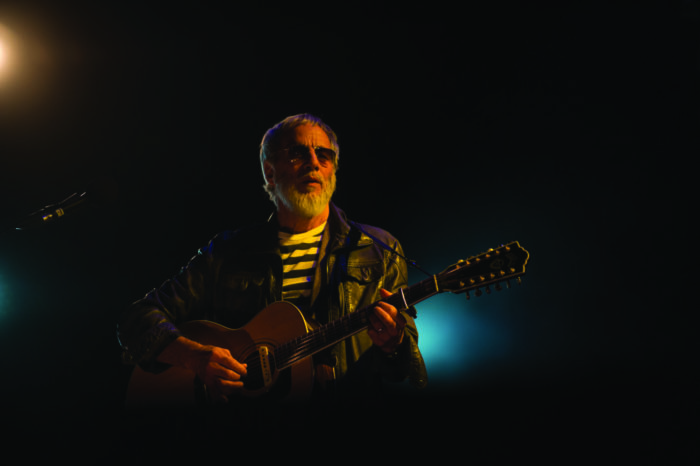 His association with and love for South Africa goes even further back. ‘One of my all-time favourite musicals was King Kong. It came out in 1961 and it played across the road from my front door, the Shaftesbury Theatre, the same theatre where I did my “Cat’s Attic” show in November 2016. I used to hang around the stage door almost every night, just listening to the beat and the songs and the chorus of that musical. So I grew up with South African soul, jazz soul and traditional music. It was part of my journey.’ He can’t contain his excitement when we let him know about the current King Kong revival. ‘It would be out of this world to just go back and see that show again, and this time I will not stand outside the stage door!’ Yusuf / Cat Stevens’ full return to music-making came in 2006 with the release of An Other Cup. The album was enthusiastically received, delighting audiences who had dreamt of hearing his soft voice, compelling melodies, and poignant lyrics once again. Three years later another new album, Roadsinger, cemented his reconnection with the music industry. The ‘Guess I’ll Take My Time’ tour followed, which saw Yusuf / Cat Stevens perform songs from both his new and old catalogue throughout the UK in 2009, Australia in 2010, and the rest of Europe in 2011. His’ return to music has been greeted with joy and excitement across the world but nowhere more so than in the US. 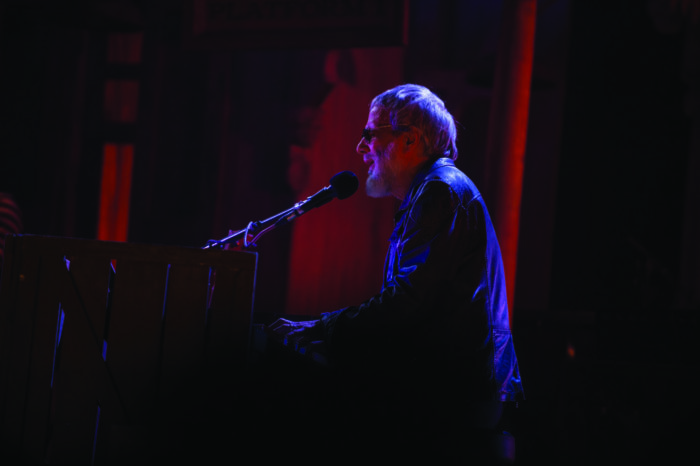 The emotional reaction to his performance at the Rock & Roll Hall of Fame induction in New York on the 10th April 2014 showed the love and appreciation that exists within the music industry for a legendary singer-songwriter and one of their own. The Peace Train Tour is like a journey through Yusuf / Cat Stevens’ five-decade career for himself and the audience. ‘I go through quite a lot of the history of my journey – my musical journey as well as my life journey. There are moments where I talk and open up and let people understand what was going on in my life at that time; they come along with me.’ Can fans expect the classic hits or music from his more recent releases? ‘It’s a good mixture. Obviously, I’ve had a long track record of producing songs that are very contemplated, some of them are protest songs and some of them can be called simply pop songs… I appreciate that a lot of people want to hear some of those early songs again, and I can understand it. I like them, I like to sing them. It’s never the same.’ 2017 is a busy year for Yusuf / Cat Stevens. In addition to his touring schedule, he will be releasing the live recording of his ‘A Cat’s Attic’ performance that he did at Shaftesbury Theatre, he is currently working on a children’s animation series based on his songs, finishing his autobiography, and releasing his new album The Laughing Apple. It is 50 years since the start of Yusuf / Cat Stevens’ illustrious career. In that time he has charmed people’s hearts, entertained millions, and brought hope and assistance to those in need. He has had the courage to follow his convictions and the result has been a life of extraordinary adventures which he continues to share through his captivating songs.