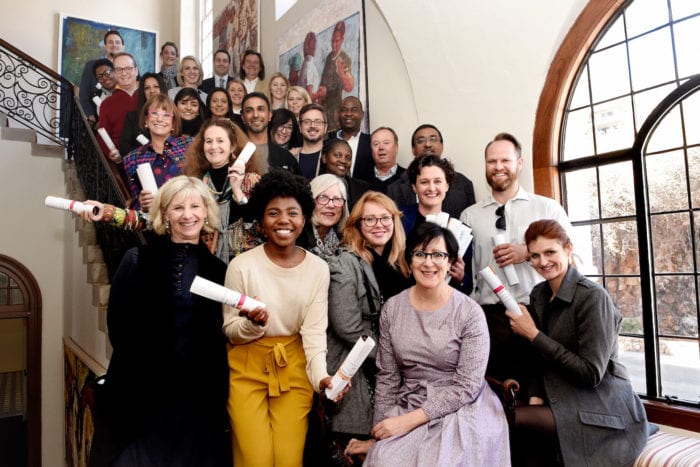 Business and Arts South Africa’s announcement of the 44 finalists for the prestigious annual BASA Awards.

Business and Arts South Africa’s announcement of the 44 finalists for the prestigious annual BASA Awards is especially significant this year as the ceremony celebrates two decades of business and arts partnerships in South Africa. “That BASA has not just survived but has thrived over 20 years is testament to the power of public-private partnerships in South Africa. The Department of Arts and Culture remains a critical partner, as do the corporates that believe in the value of the arts and the creative sector in our society,” comments Michelle Constant, CEO of BASA. This year the Awards, partnered by Hollard & Business Day, reveal an array of talented partnerships, with strong contention in all 11 categories. As always, the diversity and range of the finalists proves that the shared value of arts-business partnerships plays a vital role in bringing arts to many different communities around the country. BASA’s own partnership with Hollard proves how successful arts-business collaborations can be. “Hollard’s partnership with BASA is testament to our belief that fostering collaboration between business and the arts enables better futures – for artists, through the exposure the Awards generate, for business, through the creativity engendered by the process of working together, and, for society as a whole, through the conversation and engagement around the beautiful works that are produced,” says Hollard’s CMO, Heidi Brauer.

The projects were not simply to win awards but to make a meaningful impact, which they do

In fact, for Hollard the BASA partnership is a natural extension of the company’s Better Futures campaign, which demonstrates how Hollard makes a positive and sustainable difference through the business they do and the way they do business. “We are proud to partner with BASA in their milestone year, and anticipate this will be a radically different event as the Awards pay tribute to the disruptive nature of art.” The Awards, audited by auditors Grant Thornton, are judged by media specialist and radio DJ, Kojo Baffoe; CEO of the Field Band Foundation Nicky Du Plessis; heritage specialist and entrepreneur Dali Tambo; journalist Christina Kennedy; Theresho Selesho, Director of Strategy and Business Development at Boondoggle South Africa; Mandie van Der Spuy, arts advisor and BASA Board member; and Ismail Mohamed, CEO of the Market Theatre Foundation. The Awards are chaired by restauranteur, BASA Board member and Marketing Specialist Dr Gianni Mariano, who does not have a vote. What stands out with the finalists this year is the positive impact the partnerships have had on communities. For example, Anglo American’s partnership with Drama for Life brought to fruition the meaningful Unravelling HIV/AIDS Through Real Stories project. “Each finalist is involved in a project that not only means something but is also changing lives in a real and tangible way. The projects were not simply to win awards but to make a meaningful impact, which they do,” says judge Kojo Baffoe.

This year has also seen more innovation in the partnerships making it a tougher decision for the judges to pick only four finalists for the Innovation Award. “It is very easy to simply throw money at projects and sit back and pat yourself on the back for having contributed. It is more difficult to think innovatively. The partnerships this year have significant legs and a strong element of sustainability covering a diverse range of genres,” explains Baffoe. Another noticeable change in the entries this year is the balance between large corporates and multinationals on the one hand, and smaller firms plus non-profits on the other, all partnering with arts bodies and institutions on projects. “This is encouraging in that it demonstrates support for the arts over a cross-section of the South African corporate world and civil society. It perhaps signals a growing realisation that partnering for good goes beyond goodwill and corporate social responsibility – it can add lustre to all participants, large or small,” says judge, Christina Kennedy. The challenge remains to get small businesses to engage in arts partnerships. “As a judge, this stood out for me most – the entries from smaller businesses and business sectors that have ‘traditionally’ not used the arts to bolster their commercial and social strategies. I believe this is an indicator of progress that BASA has made in both the business and arts worlds,” remarks Theresho Selesho.

The Cultural Tourism Award, supported by Nedbank, was introduced as a category last year replacing the previous Art and Environment Award. It recognises business support of arts and culture projects, which contribute towards the sustainability of this increasingly important sector. There are three extremely strong contenders vying for the award this year. “What particularly impressed me were those partnerships that didn’t necessarily involve a vast sponsorship amount, but where in-kind support and a coalescing of mutual interests reaped major rewards for both entities’ brands and beneficiaries,” says Kennedy of the contenders who stood out for both the Sponsorship In Kind Award and the First Time Sponsor Award. The other BASA awards honouring worthy winners are: Increasing Access to the Arts Award, Beyond Borders Partnership Award, Long Term Partnership Award, Media Sponsorship Award, Strategic Project Award and Development Award. This year, the judging process was simplified because of the growth in entries, “I was looking for projects that would surprise me and were simple in the way they opened up the arts to a wider audience, advanced the arts organisation and achieved their strategic business objectives. There were a number of great nominations that managed to achieve this in a simple yet innovative way that resonates,” Selesho explains.

What particularly impressed me were those partnerships that didn’t necessarily involve a vast sponsorship amount, but where in-kind support and a coalescing of mutual interests reaped major rewards for both entities’ brands and beneficiaries

Winners of the 20th Annual BASA Awards, partnered by Hollard & Business Day, will be announced at an event in September. “Having been at the launch of BASA two decades ago, I was present when it raised the prospects of business holding hands with the arts to forge a creative partnership the cultural sector in SA. Twenty years later, this partnership stands strong,” says BASA Chairman Andre le Roux. “Looking back, I didn’t know I would be serving an organisation that has had an amazing impact on the arts in Southern Africa, with an arsenal of projects that corporate SA and government can be proud of.”

ABSA & Parts & Labour for Drawings in the Sky

Distributed on Behalf of Business and Arts South Africa