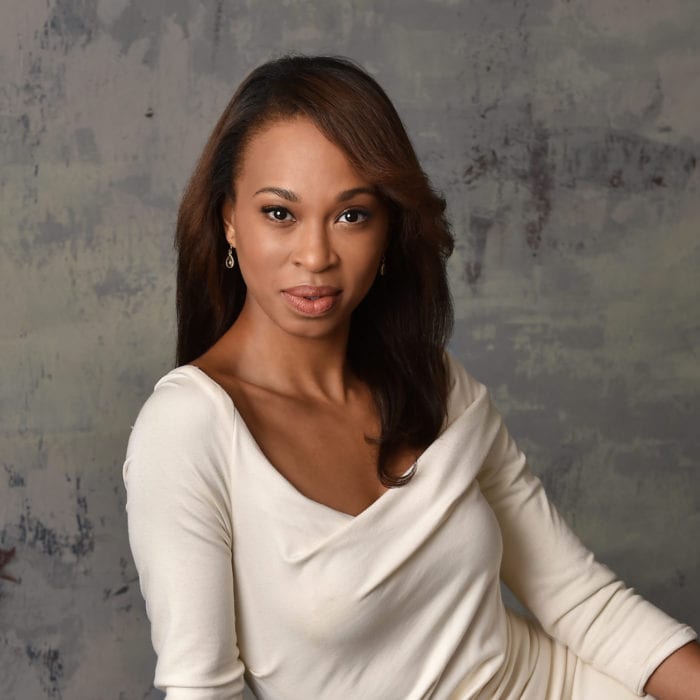 Nondumiso Tembe is an award-winning actress, singer-songwriter and dancer. She is currently appearing as Joyce in the Fugard Theatre’s acclaimed production of King Kong – The Musical. Her extensive list of credits includes HBO’s Golden Globe and Emmy-award winning True Blood and SABC’s Generations. She won the Naledi Theatre Award for Best Actress for her performance in David Mamet’s RACE. Her debut album Izwi Lami – My Voice received a Metro FM Music Award for Best Music Video. Creative Feel had a chance to talk to this amazing star:

Name three artworks that you love and why.

The Miseducation of Lauryn Hill – that album was so deeply inspiring to me as a young singer-songwriter. I Write What I Like by Bantu Steve Biko – that book profoundly impacted me and helped shape my socio-political consciousness and awareness and activism at 15 years old. Sophie’s Choice – I watched and studied Meryl Streep’s iconic performance in that film when I was a young acting student in New York in my late teens. Something really resonated there. I knew that that was the kind of actor I wanted to be. I wanted to always work from a relentlessly deep, grounded and truthful place.

Name one artist you would love to meet.

I’ve met him twice in passing, very briefly, but I would love to sit down with Denzel Washington and pick his brain! I also secretly dream of being best friends with Chimamanda Ngozi Adichie!

What are you reading at the moment?

A book called Don’t Settle For Safe by the First Lady of my church (One Church LA), Sarah Jakes Roberts. Next up is Daring Greatly by one of my favourites, Brene Brown.

What is in your car’s CD player?

Thandiswa Mazwai’s newest album, Belede. This is what South Africans who live in Los Angeles listen to when they are missing home!

If you could change one thing about yourself, what would it be?

That I wasn’t so sensitive, that I didn’t feel things so deeply. At the same time, I believe that is part of my gifting as an artist. It is precisely what makes me good at what I do. Being deeply emotionally connected, being open to feeling things, to being affected by things. Being able to connect and empathise deeply with people, being fully present, having the courage to be vulnerable in front of strangers. But it can also make life and living in the world challenging sometimes. So I have to work twice as hard as most people to guard my heart, because I know it is so open and the world can be a hard place. It’s funny this is coming up, because it connects so perfectly with the fundamental theme of our show, King Kong, which is really a cautionary tale: the idea that ‘one’s greatest strength can also be one’s greatest weakness.’ So I suppose the lesson is, (and this is what I am constantly working on) understand your power, own it, but then take responsibility for it and use it wisely.

How have the arts industries in South Africa changed over the last ten years?

The film industry in Cape Town has really blossomed and bloomed on an international level, and that is really exciting to see and be a part of! I also believe South African-made content is at an all-time high in terms of local television now, which is really promising!

Name one thing you think would improve the arts and culture industry in South Africa.

Proper unionising for all artists and reviewing of salary standards.

What is your most treasured possession?

My mind. Is that an annoying, artsy-fartsy answer? Ha ha! Ok, how about – my relationship with my parents. Sorry, but I don’t have a physical possession that I really treasure above all else. Anything material is replaceable to me – it’s the other stuff, the deeper stuff,  that I really cherish and protect.

What do you regard as the lowest depth of misery?

What is it that makes you happy?

Describe a defining moment in your life.

Possibly the one I am standing in right now. Joyce is one of the boldest, bravest and hardest roles of my entire career and it has required EVERYTHING in me to craft this performance and truly step up to the plate. But now that I am on the other side of the creative process and we are actually running the show now, I feel proud and grateful and deeply fulfilled beyond measure because the greatest gift of this experience has been my personal GROWTH through it!

Aside from touring with King Kong, I have a movie coming out soon, a really charming romantic comedy starring myself and Darrin Dewitt Henson, called Zulu Wedding. I can’t wait to share it with the world – it is something different and special. So stay tuned for upcoming details on the film, folks!

Name one goal you would like to achieve in the next twelve months.

I’d like to get back into the recording studio. There are some new songs that have been living in me for a while that really need to be expressed.