Strauss & Co is delighted to announce the fourth instalment of the annual August Art Month at Welgemeend, a month-long exhibition of South African art at one of Cape Town’s most renowned manor homes.

The theme for this year’s winter exhibition is Abstraction – South African art from the 1950s to the ‘70s and will showcase work from two important private collections, the Frank and Lizelle Kilbourn Collection and Pieter Colyn Collection. August Art Month is the brainchild of collector Frank Kilbourn and venerated auctioneer Stephan Welz, the former managing director of Strauss & Co who passed away in late 2015. Welz and Kilbourn shared much in common when it came to art and culture. The project they initiated, August Art Month, is framed by three key objectives, namely: to create awareness of and promote the historic property of Welgemeend; to raise funds for the maintenance and restoration of Welgemeend and its historically important Boerneef Collection; and to introduce the public to important private collections of art that are not widely known. Welgemeend is a fitting venue for this rich cultural dialogue. Established on the slopes of Table Valley in 1693 and declared a monument in 1944, Welgemeend is owned and managed by Jan van Riebeeck Hoërskool in collaboration with the Friends of Welgemeend. This volunteer organisation provides vital support and assistance to ensure the preservation of Welgemeend. A well-known feature of Welgemeend is its collection of earlier 20th-century masterpieces once owned by Afrikaans poet and scholar Izak Wilhelmus ‘Boerneef’ van der Merwe (1897–1967). 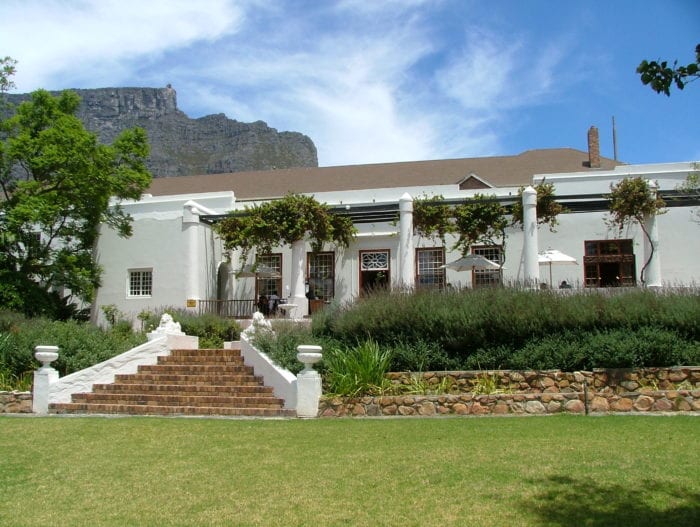 Parts of the historical Boerneef Collection will be on view during August Art Month 2017. The programme for August Art Month 2017 commences on Wednesday, 2 August 2017. Collectors Pieter Colyn and Frank Kilbourn will participate in a moderated discussion titled Abstraction – South African art from the 1950s to the ‘70s. Their talk will be followed by a fundraising gala dinner. (Tickets are R1 000 per person. Enquiries: Helena Le Roux 082 461 9753). A number of art-related gatherings are planned for the duration of August Art Month 2017, including social events, public lectures and guided tours. The overwhelming success of the three previous instalments of this winter showcase points to a shared interest among Capetonians in preserving facets of their city’s architectural and cultural history. The presentation of progressive modern and contemporary art into the programme at Welgemeend has in past years enabled audiences to understand the evolution of this work in a broader historical context. August Art Month 2017 is a collaborative initiative that draws on the energy and generosity of the Friends of Welgemeend, Caro Wiese, Frank and Lizelle Kilbourn, Pieter Colyn, Delaire Graff, Jan van Riebeeck Hoërskool and Strauss & Co.