Venturing onto the beach, I often wonder about the books people choose to spend time with. There were some years when everybody read the novels of Dan Brown and the Illuminati appeared in all languages of the planet. An army of invisible characters that populated our landscapes in clandestine. Crime stories like Brown’s books have gained ground over the last years and many of today’s bestselling writers are specialists on the detective novel. In major newspapers, crime novels are widely reviewed; rights are sold in many countries and the novels are translated into many languages. A character like Henning Mankell’s misanthrope, Inspector Kurt Wallander, has become famous all over the world, and his books have been adapted numerous times for television. As editor of contemporary African fiction on the German market, I have thoroughly scrutinised the German translations from African writers and have found it incredibly interesting that every crime story that has been published in South Africa has been translated into German and has found a German publisher. I repeat: every published crime story has been translated and has been published in Germany. 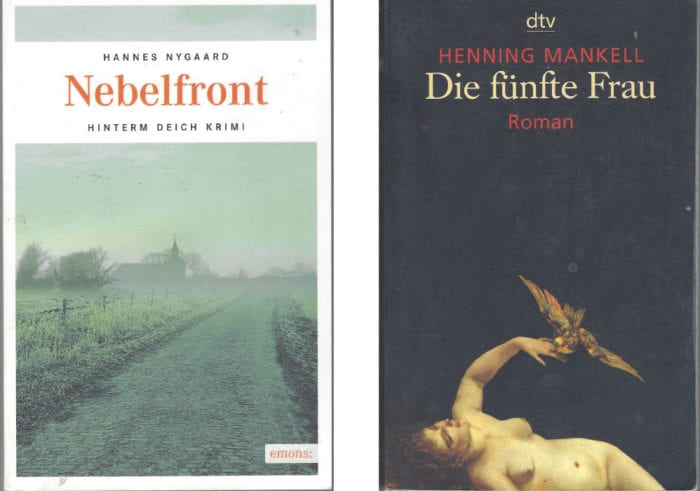 Not that you misunderstand me – it is not because South Africa still has the image of the violent hell, where you will be killed or hijacked as soon as you step out of the airport. South African crime stories are competing with so many others and have to stand against detective monks in Nepal; a chef who seeks murderers in the French culinary paradise of Burgundy; a blind prophet whose visions direct him towards the right track in the rainforests of Colombia. This genre still has growing numbers of sales and many publishers need these detectives to subsidise those books they really care about the most. According to surveys, evil has always triggered an unimagined attraction. An attraction that seems to have become more popular due to our event-driven society. The crime novel is a subject of the rules of the market and it is absurd how this genre, with its quite predictable plots, is still reinventing itself. It should be remarked that it does so in its own limitations. Lots of sub-genres emerged and if one of those books is, for whatever reason, a blockbuster then virtually overnight its clones appear in the bargain bins of bookshops, in shops at airports and railway stations.

I find it incredibly interesting that every crime story that has been published in South Africa has been translated into German, has found a German publisher

It is a kind of law. A successful campus crime story, cat crime story, monastery crime story never comes singly. This is owed to a certain uniformity of those products that tend to follow the same pattern. The German book association announced that in 2016 a quarter of the annual turnover in bookshops was earned with crime stories. We are talking about a sum of 560 million Euros that readers spend to have their fears entertained. The evil, that also serves as a projection for our own aggressions and the dark sides within us. There are well-written crime novels, not only the classics like Raymond Chandler and Agatha Christie, but there are a lot of exquisite books written today that should find many readers. It is the inner world that interests us, our psychologies. To read the better books often feels like diving into the deep sea. We know it is there and we can vaguely imagine how it looks like but we have never been there. The vague knowledge of our inner selves can be challenged. Sometimes. 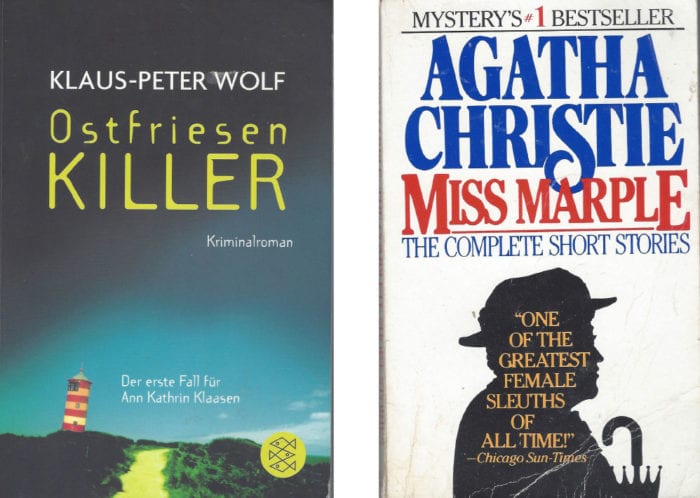 ‘The story could become an outlet for our aggressions, for our fears and a trigger to recapitulate all we have gone through,’ says German crime writer Peter Koch. ‘It feels like a virtual cinema.’ Another reason for the boom in crime stories might also be the perception that we are living in relatively criminal times. Domestic violence, corruption and wars support an underlying feeling of victimhood. The identification with the murdered victim or the stressed detective who ruins his private life for the sake of atonement, touches the heart of most readers. These books close with the victory of the good, in the end, the world is a better place even though the detective’s marriage finally fails. It is such a vast market meanwhile and, as I said before, there are more copycats than potential favourites on the shelves of bookshops. One of the worst developments in the genre is the appearance of the regional crime novel. It followed the success of the Scandinavian crime novels and, especially in Germany, their sheer amount reached unrivalled heights.

While I am spending some time on the island of Sylt again, I can examine the success of this new subgenre even in small grocery stores. There is a space next to the teller for all those Sylt devotional objects without which no tourist leaves the island and among those recently many regional crime stories found their space. When I enter the major bookstore of the island’s capital, Westerland, I count not less than 35 books that tell us about fictitious crimes on the island of Sylt. Almost all of them are boring and badly written, the research often lousy and these books often offer such a stereotype of the island and their inhabitants that I just want to grab them and throw them immediately in the dustbin. Of course, a crime novel should be entertaining but it also needs an attitude. It should intelligently react on the time and offer new ideas about our perceptions. Good literature always reacts on social developments and offers new insights into our world – imagine how beneficial the insight into a villain’s heart could be. But finally, I happily find some superb crime novels of Dashiell Hammett, Liza Cody or Tana French on the shelves, too.