This spring, two South African mavericks will collide for a never before seen exchange on the road to the twentieth edition of the Standard Bank Joy of Jazz.

Legendary trumpeter and composer, Hugh Masekela and chart-topping producer and rap-star, Riky Rick will come together for an epoch marking collaborative project. This rare, cross-generational creative conversation and collaboration brings jazz and hip-hop together to unfold a new chapter in the history of South African music making. The collaboration will see the dynamic rap-star, Riky Rick taking on some of Masekela’s most-loved hits to reimagine and remix them from his generational vantage point. The inimitable Masekela will also have a go at some of Riky Rick’s most memorable hits when the pair meet on stage on 20 September 2017, before an exclusive audience of music lovers invited to witness this special trans-generational creative exchange. At the heart of the collaboration is the idea of the two iconic artists working to transcend genre and generational divides; this way displaying our perennial belief: jazz is closer than you think.

At the heart of the collaboration is the idea of the two iconic artists working to transcend genre and generational divides; this way displaying our perennial belief: jazz is closer than you think 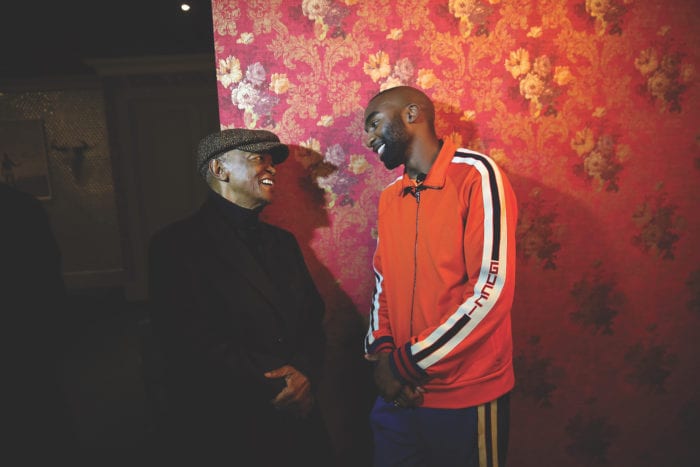 The collaboration also represents a coming of age for South African hip-hop. The symbolic force of having a rising rap star like Riky Rick with a creative colossus that is Masekela is about reclaiming South Africa’s contribution to the creation of hip-hop as a global pop culture phenomenon. The genre was born in New York where South African music geniuses like Masekela were creatively active as expatriate citizens in exile. Masekela’s hit records like Don’t Go Lose It Baby showed him up as more than a great jazz musician. Released in 1984, just when hip-hop was finding its voice, Don’t Go Lose It Baby features a rap verse by Masekela ‘dropping bars’ in the classic style of the age; comparable to pioneers like the Sugar Hill Gang. Further, the exchange is about highlighting the depth palpable over the work of young creatives like Riky Rick who are constantly mining the gems of our heritage to find fresh songs of the future. 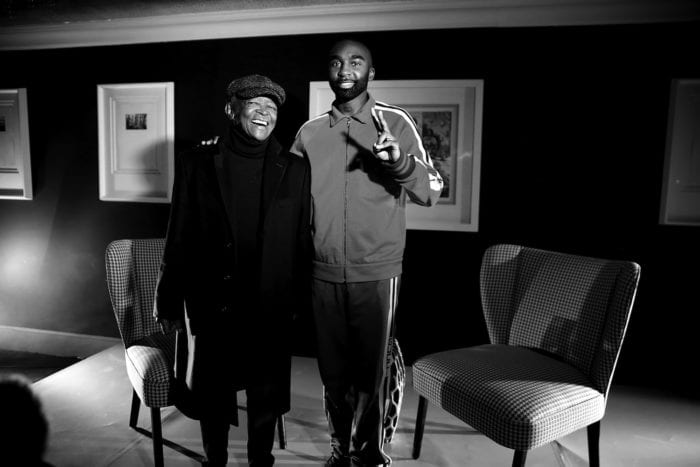