Star-studded South African production of the West End smash-hit comedy Shakespeare In Love for The Fugard! 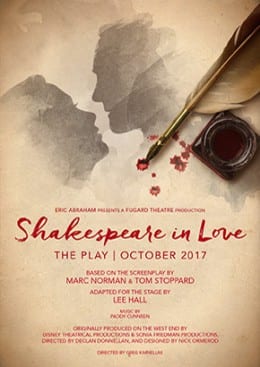 “a touching comedy and a mischievous love letter to theatre.” – Financial Times

“Shakespeare in Love has a fizzy, infectious exuberance”- The Evening Standard

The story: Young Will Shakespeare has writer’s block… the deadline for his new play is fast approaching but he is in desperate need of inspiration. That is, until he finds his muse, Viola. This beautiful young woman is Will’s greatest admirer and will stop at nothing (including breaking the law) to appear in his next play. Against a bustling background of mistaken identity, ruthless scheming and backstage theatrics, Will’s love for Viola quickly blossoms and inspires him to write his greatest masterpiece.Shakespeare In Love is an imaginative, sexy and timeless tale behind the creation of the greatest love story ever told in the sixteenth century for the twenty-first century. “Shakespeare In Love is a charmingly funny romantic comedy that has captured the hearts and imaginations of audiences the world over,” says Daniel Galloway, the Executive Director of the Fugard Theatre.” We at The Fugard are delighted to showcase the best of South African talent in this wonderful piece of theatre which is the Fugard Theatre’s first engagement with the mighty Bard albeit not in his own words”. 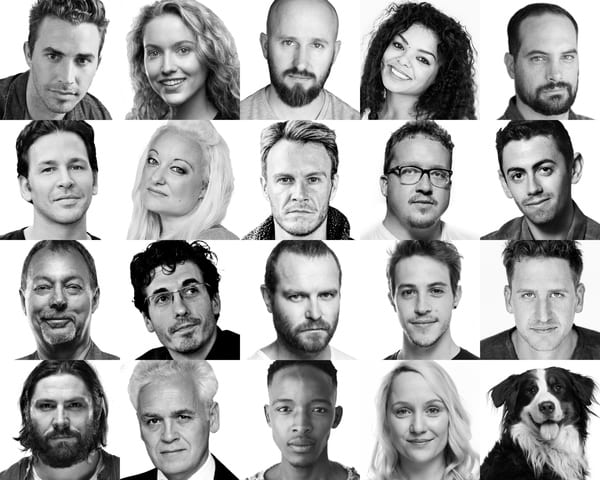 Shakespeare In Love will run at the Fugard Theatre from 10 October 2017, Tuesdays to Saturdays at 20:00 with a 16:00 matinee performance on Saturdays and Sundays (except Sunday 15 October). The Fugard Theatre is situated in the heart of District Six, on the corner of Harrington and Caledon Streets, Cape Town. Tickets from R130 to R320 and can be booked through the Fugard Theatre box office on 021 461 4554. There is a 15% discount available for the Friends of The Fugard members. Harrington Street car park is located at the corner of Caledon and Harrington streets and is available for the use of theatre patrons. Visit the cosy ground-floor bar, which opens two hours before all scheduled show times and stays open until last rounds are called… often as late as 1am. And if the weather is fine the bar on the fantastic rooftop terrace is opened, with its panoramic views of the city. Both bars offer a range of wines from some of the Cape’s top estates.