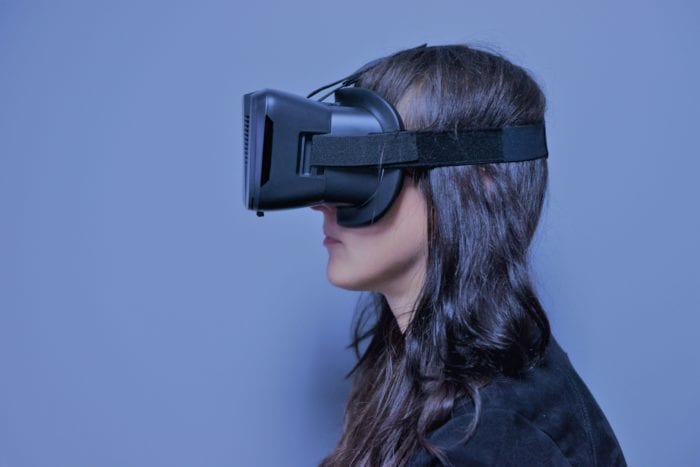 An exploration of the possibilities of Virtual Reality (VR) will be one of the highlights of the 8th Durban FilmMart (DFM), Africa’s premier film finance and co-production forum, which takes place at the Tsogo Sun Elangeni Hotel from July 14 to 17 during the Durban International Film Festival.

Virtual Reality (VR) is one of the most exciting emerging technologies on the digital landscape and there is little doubt that it will ultimately have a massive impact on the ways that we consume media and engage with each other and society. At the same time, VR is still such a wide open frontier that there is little consensus as to what the future of this embryonic technology will be. This year’s DFM programme features a number of events that explore the possibilities of VR, particularly in terms of filmmaking and digital storytelling.

For those unfamiliar with VR – or who may not have experienced it for themselves – a VR demo session will take place on Sunday, July 16, from 10:00 – 12:00, in the form of a Master Class presented by AFDA which will showcase the Pro VR 360 Headset. Then, on Monday, July 17, from 14:00 – 15:00, there will be a session entitled: ‘VR: What’s Happening in Africa and What Can We Make Happen?’ presented by Electric South and AFDA. Featuring VR experts Ingrid Kopp and Shmerah Passchier, the session will explore the possibilities for VR on the continent as well as present and discuss various projects that are currently underway in Africa. Kopp, who is one of the leading authorities on interactive media and virtual reality in the context of digital narratives, will talk about her experience with African-produced VR and the challenges facing the industry, while Passchier will discuss the notion of the cyborg filmmaker, in which virtual reality and the notion of the digital-human collide. Passchier, who is at the leading edge of theoretical writing about VR, notes that “the cyborg filmmaker emerges from science fiction, specifically from afrofuturism, from Africa. It is the cinematic voice of the global south. The cyborg disrupts the boundary between human and machine because the tools of VR filmmaking are extensions of the cyborg self. The afrofuturist cyborg inserts itself into the global virtual reality narrative by splicing technology into the story-telling self. The virtual reality camera rig, with its multiple eyes, hybridises and multiplies the possibilities of new ways of seeing.”

She continues: “By harnessing the tools of the digital revolution, we transcend our race, our gender and our species. We splice the self with technology to form new identities, to tell new stories, to create new worlds of immersive story, to disrupt reality, to disrupt the human being, to become cyborg filmmakers.”

Talking about the African VR industry, Kopp is excited by the work that has emerged so far but also recognises the financial challenges involved and warns that it’s vital that Africa, which has so much to offer the VR industry, does not get left behind because of a lack of funding and resources. “In many ways, the continent’s VR landscape is uncharted territory,” said Kopp. “While hubs of activity have emerged in places like Johannesburg, Cape Town, Nairobi and Accra, even those working in the industry struggle to get a clear sense of what works – and what doesn’t – in different cities and outside the urban hubs”. She points out that everything, from how to get equipment in and out of countries to skill-building to camera setups that are rugged and don’t overheat, is part of a growing conversation about what form the African VR industry will take as it establishes itself. But even with the availability of accessible gear, other technological and economics constraints will make it difficult for widespread consumer adoption to take off in many African countries. For producers, though, an industry is emerging that might, in time, satisfy global demand for African content. It is vital, says Kopp, that African VR content is made by Africans. As well as the masterclass demonstration and the VR discussion session, Electric South, together with the Goethe Institut, will also be showing VR films in the industry lounge for the duration of DFM, including The Other Dakar by Selly Raby Kane, Spirit Robot by Jonathan Dotse, Let This Be a Warning by The Nest Collective and Nairobi Berries by Ng’endo Mukii. So don’t miss this opportunity to explore this cutting-edge technology and the endless possibilities that it presents.

is a co-founder of Electric South, a non-profit initiative that aims to develop virtual reality and mobile storytelling projects across Africa. Kopp is also a senior consultant in the Interactive Department at the Tribeca Film Institute where she works at the intersection of storytelling, technology, design and social change. Along with MIT’s Open DocLab, she leads the Interactive Media Impact Working Group, exploring how emerging media engages audiences, and recently launched Immerse, a new publication for Medium, as an extension of this work. Having spent 10 years in New York, Kopp is currently based in Cape Town.

has worked in the film and television industry as a writer, director and producer. She has travelled extensively around Africa, directing magazine, reality shows and documentaries for the SABC and DSTV. Passchier has a Master’s degree in film from AFDA and a Master’s degree in Anthropology from Wits University. She is currently reading for a PhD in Cyborg Filmmaking and Virtual Reality at Wits University.

The 8th Durban FilmMart takes place in Durban, at the Tsogo Sun Elangeni from 14 to 17 July 2017, during the 38th edition of the Durban International Film Festival (13-23 July 2017). For more information on the Durban FilmMart and to register as a delegate visit www.durbanfilmmart.com