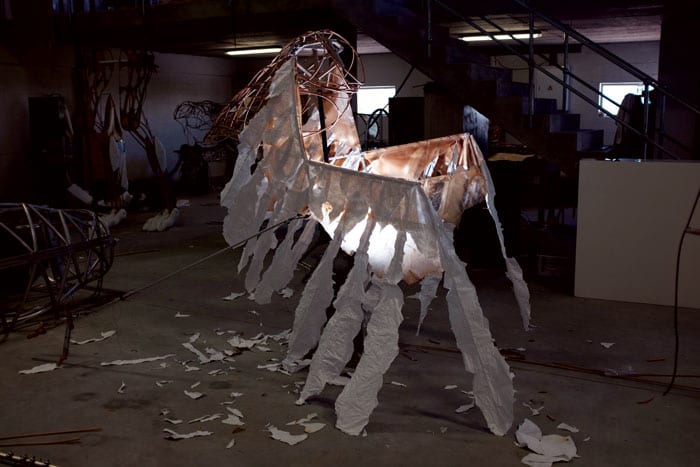 A bird puppet for The Firebird under construction.

This production of The Firebird, directed by Janni Younge and choreographed by Jay Pather, is a puppet and dance performance set to Stravinsky’s original score. Janni Younge’s Firebird draws on the symbolism and dramaturgy of Fokine’s original choreography (based on figures from Russian folklore) and reinterprets them in a contemporary South African setting, using larger-than-life puppets and African dance forms.

‘In designing these puppets I recognised that particular materials had great resonance with specific energies,’ says Younge. ‘So the paper became the signature material for the creative forces while sticks and rattan became the material representation of the sharper, harder qualities of the destructive power. The innocent is captured in the translucent vellum, a soft and flexible material which, when dry, forms a beautiful but brittle skin.’