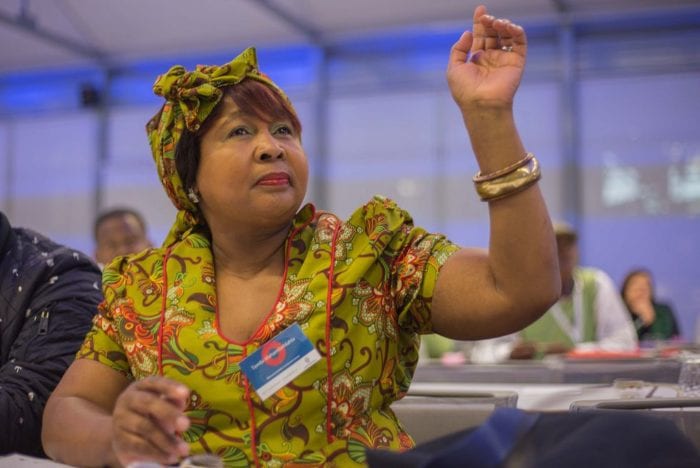 There are a number of core trends and burning issues influencing the global and South African creative economy – some of which were explored at the second South African Cultural Observatory (SACO) National Conference last week.

Among the most pressing are the impact of technology and the fourth industrial revolution, the place and role of cities, inclusive growth with a particular focus on the youth, and the value and application of cultural policy – all of which will impact on a future where the creative economy is said to be primed to play a crucial role. The SACO has highlighted seven emerging trends and insights which are influencing the creative economy off the back of over 50 presentations by leading researchers, academics, practitioners, artists, officials and consultants who attended the conference.

We are already living in the future – and technology has made it so. Manufacturing is radically changing as automation becomes standard practice; meaning the loss of jobs and in general meaning for people. A recent report by consultancy PricewaterhouseCoopers estimates that 38% of U.S. jobs have a ‘high risk’ of being wiped out by automation by 2030. Stephen Hawking has also warned that artificial intelligence and increasing automation is going to decimate middle-class jobs, worsening inequality and risking significant political upheaval. So what will everyone do, is the question Rosemary Mangope CEO of the National Arts Council asked. “In this scenario, we need to keep ourselves occupied. The creative industries can do this. They offer not only an ‘occupation’ – as in something to do; but a ‘vocation’ as in a passion pursuit and an opportunity for us to express what fundamentally makes us human – our creativity, ingenuity and expression.” Conference delegates also noted that the creative and cultural industries (CCIs) also need to keep pace with and leverage off the available technology to not only contribute to but co-create the future, using the design thinking, problem-solving and experimentation so emblematic of the industry.

Echoing the sentiments of Mangope was Thobile Chittenden from arts organisation Room 13, who argued that Africa – and the rest of the world – would not suffer only on the jobs front under automation, but that it was the lack of skills that was really hampering development. “We need to prioritise youth education and training, especially on the African continent where over 60% of the people are under the age of 30. We need free thinking individuals who meet the skills set envisaged for 2020 – the three ‘C’s of complex, critical and creative thinking – to become the whole brained thinkers that can occupy and contribute to the future,” she said. In general, conference goers noted that the youth were an under-researched, but priority cohort that needs to be better understood, brought into and whose technological savvy and can-do-ism supported to grow the creative economy.

Prof Erez Aiden, from the Rice University Culturomics Observatory, showcased their epic 15 million book digitisation project with Google, showing that it is possible to count culture. “It is terrific to have big data sets as with them we can predict the future. Our analysis has shown that you can track items such as who creates fame, mass short and long term memory, the prevalence of certain words, the incidence of censorship, and how fast technology is moving and how culture is adapting – it’s really incredible.” A number of conference speakers highlighted the ‘data question’ saying that anxiety about being counted needs to be discarded and there is a need to bring coherence to the “uneven, inconsistent and incomplete” data regarding the CCIs. “Measuring and counting culture helps the industry realise the value of its contribution to important indicators such as jobs, employment, gross domestic product, and transformation,” said Prof Jen Snowball, SACO Chief Research Strategist. Others, such as Shukri Toefy, from film company Fort, warned that it is not always safe to “trust the algorithms” and that data is sometimes incomplete and not always intuitive making an example of research conducted for an MTV Africa advertisement.

The consensus is that counting culture is part of embracing the holistic CCIs, and arts, culture and heritage sectors. It’s not the whole, but the creative economy and the industries and sectors that feed into it need to be analysed or we will lose benchmarks and data that help us make strategic decisions about funding, supporting and developing the arts,” said Prof Richard Haines, SACO CEO.

The role, place and purpose of the policy were hotly debated and contended at the conference – including its relevance and ability to keep up with technological change. Dr Lebogang Nawa asked the pertinent question: ‘Can you actually plan culture?’ He noted the need to take a historical view of the policy process – from the global to the local – but also for South Africa to sync with other cultural policies in Africa. “Cultural capital is the most internalised of all capitals, and the distance between policies on the global level and in Africa is still wide. There are also many dimensions to consider: the political economy and the legal influence of policy. Culture is always bounded by time and place – and so cultural policy must always move with it, but with a historical view.”

The conference drew experts from Argentina, Brazil, Jamaica, Poland, Spain, the USA, Zimbabwe, Uganda, Botswana, Cote D’Ivoire, among others. The insights into how others are making their creative economies survive thrive and grow are critical to developing our own creative economy. In the words of Andres Gribnicow, Undersecretary of Creative Economy, Ministry of Culture in Argentina, “I strongly believe in the creative ecosystem’s ability to take advantage of the creative economy and break the disconnect between the two concepts/ experiences.”

In the context of ‘crisis times’, the energy transition and the tension between militarists and intellectuals and the state and the market, the lure of ideas is stronger than ever. Prof Geoff Wood from the University of Essex sums up the view that the ‘new oil’ is the creative and cultural gold for economies: “The world is uncertain and the economy will get worse before it get better – coupled with a rising anti-intellectualism this means we need, more than ever, to focus on growing our cultural resources to achieve growth. We need to promote the idea that the CCIs are not only necessary but economically so.” The SACO National Conference event took place over two days (24 – 25 May) at the Turbine Hall in Johannesburg where delegates spent time exploring the theme, the ‘Creative Economy and Development’ drawing on perspectives from around the world and Africa. The SACO is a leading national think tank focused on monitoring, mapping, measuring and valuing South Africa’s cultural and creative economy. It is a project of the Department of Arts & Culture (DAC), launched in 2014, and hosted by the Nelson Mandela Metropolitan University (NMMU) in partnership with Rhodes and Fort Hare Universities. It is mandated to produce a working cultural information system for South Africa.