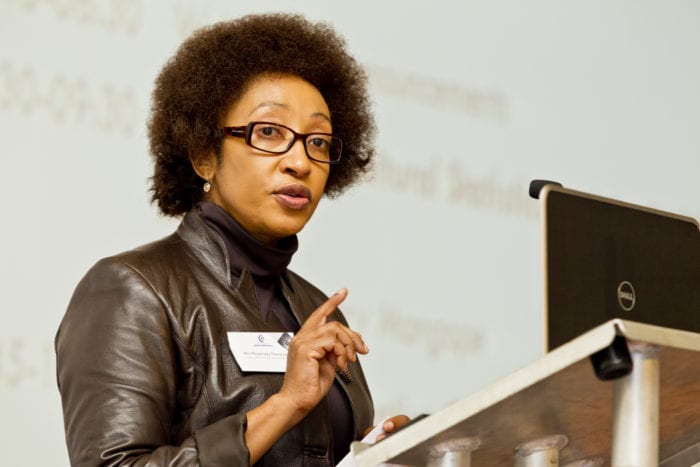 In 2017 the National Arts Council (NAC) celebrates 20 years since it was instituted, and over the years has seen how the local creative community come together to form a dynamic industry. Creative Feel spoke to CEO of the NAC, Rosemary Mangope, about this important anniversary and strategic plans for the future.

Creative Feel: Broadly, would you say the NAC’s operations over the past 20 years have given substance to its mandate?

Rosemary Mangope: To an extent yes. The NAC was established as a grant disbursement entity. Over the years it has done well in terms of this particular element. However, the mandate is much broader than just grant funding. In the last three years an enhanced organisational strategy has introduced substantive elements of arts promotions in order to breathe life into the full mandate.

CF: What difference, in real terms, do you think the entity has made to the lives of artists and, in turn, to South Africa’s arts, culture and heritage landscape?

RM: As much as we cannot quantify the difference made, we can say that many artists have been enabled due NAC funding and ancillary support. We have partnered with the South African Cultural Observatory to conduct research, thus enabling us to respond in a more scientific manner.

CF: Tell us more about the NAC’s role in facilitating transformation, nation-building and social cohesion.

RM: This is an important deliverable for the NAC. It is reflected as one of the focus points in the ten points of the Minister of Arts and Culture. A concerted effort to promote social cohesion and nation-building has resulted in partnerships and flagship projects being created and funded.

CF: What is the NAC’s role in creating a platform for South Africa’s arts and culture for international audiences and/or investors?

RM: Creating a strong platform for exposing artistic excellence locally, in Africa and the globe is a key factor for the NAC. Several institutional partnerships have been forged in this regard. Over the years our artists have been exposed to many countries including France, the UK, Canada and Senegal, to mention a few. In terms of investments, formations such as the Forum of Chief Financial Officers have embraced the NAC and opened performance platforms for artists. Exhibitions, festivals and performances are funded regularly as a means of exposing the work to investors.

CF: What is the NAC’s role in stimulating the local economy?

RM: We are in nascent stages of real economic quantification. The reality is that the sector offers project related work which is unlike traditional ‘work’. The fact is there is a huge scope for cultural and creative industries to make meaningful economic stimulation.

CF: What are the NAC’s objectives over the medium to long term?

RM: To reimagine the role of the NAC in the sector through a focus on growing the creative and cultural sector.

CF: How does the entity plan on remaining relevant in the uncertain local and global economic environment?

RM: The NAC has identified climate change and environmental sustainability as well as digitisation as integral to staying relevant. To this end, we have partnered with local and international institutions to promote projects in these fields. Currently, we are hosting Sholeh Johnston of the world renowned Julie’s Bicycle to work with us on elevating the profile of organisations and individuals supporting work in climate change.