The local film, Krotoa, will only be released in South Africa in August, yet it has already managed to conquer the hearts of international film lovers and critics.

The film added to its growing list of accolades this past weekend by claiming its 8th award for the coveted title of Best Film at the Harlem International Film Festival held in New York. Krotoa is just as remarkable and unforgettable as the historical heroine that this impressive film is based on. It is a striking tale about a woman who was prepared to sacrifice everything to give birth to the great nation we all share today. It not only has a powerful message, to which anyone can relate but also promises to take moviegoers on an epic adventure back in time. The film has also already received six official selections at international film festivals around the globe including the International Film Festival for Environment, Health and Culture, World Film Awards, Artemis Women in Action Film Festival and the Nashville Film Festival. 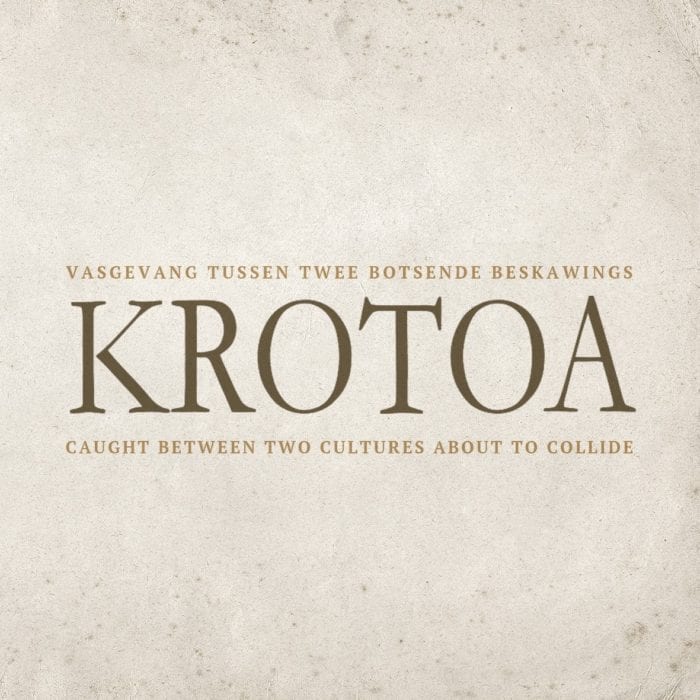 It is inspired by the historical story of a feisty, bright, 11-year old girl, who is removed from her close-knit Khoi tribe to serve Jan van Riebeeck (Armand Aucamp), her uncle’s trading partner. She is brought into the first Fort, established by the Dutch East India Company in 1652. There she grows into a visionary young woman, who assimilates the Dutch language and culture so well that she rises to become an influential interpreter for Van Riebeeck, who became the first Governor of the Cape Colony. Krotoa (Crystal Donna Roberts) ends up being rejected by her own Khoi people and destroyed by the Dutch, when she tries to find the middle way between the two cultures.

The film, written by Kaye Ann Williams and Margaret Goldsmid, was created by a dynamic team of women, with acclaimed filmmaker Roberta Durrant as director and producer. Durrant is the creator of various award-winning South African television series, including Ring of Lies, Home Affairs (nominated for two International Emmy Awards and as Best Drama at the Banff Film Festival), Montana, Izingane Zobaba, Sokhulu and Partners (nominated for an International Emmy Award and as Best Drama at the Africa Magic Awards), Shreds and Dreams, Saints and Sinners, Zbondiwe, Isikizi and Forced Love; as well as sitcoms like Sgudi Snaysi, Going Up, Madam and Eve (won a Rose Award for Best comedy at the Golden Rose Awards in Lucerne), SOS, Fishy Feshuns, Going Up Again, Mazinyo dot Q, and Stokvel. She is also responsible for the children’s film, Felix, which won seventeen international film awards, while other productions like Inside Out, Skilpoppe and Ingoma were also very well received. Ingoma won six SAFTA Awards in 2016. She is also the producer of the new kykNET drama, Sara se Geheim. 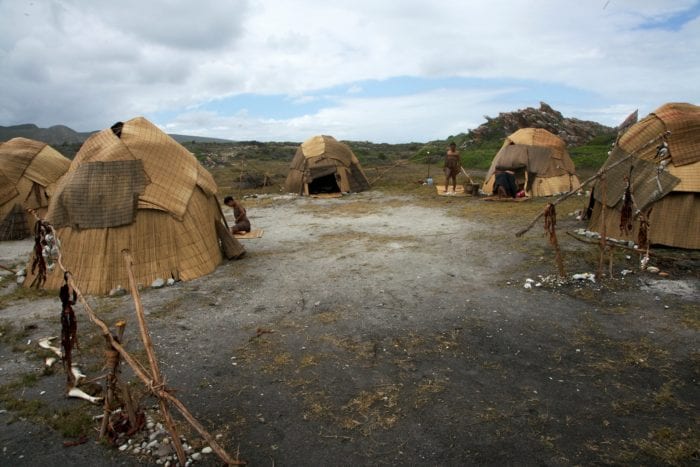 “In comparison to men, very few women have been acknowledged for having an impact on South African history. During the struggle, women like Ruth First, Lillian Ngoyi, Bettie du Toit and Sophia Williams-du Bruyn stood their ground in the fight against the apartheid government. However, if we dig into South Africa’s rich history, we discover that there were other indigenous females who contributed to the change and development of our great nation even before the sisters who were involved in the struggle,” says Durrant.

“Krotoa (or Eva – a name given to her by the Dutch) is the tragic heroine of this movie. It is not only important to tell her story because of her great achievements, but it is also necessary to highlight that she was caught between two ways of life and constantly forced to choose between these two cultures. Identity, a sense of belonging and reconciliation are strong, universal themes in this powerful tale. Especially because the identity of someone, who is in between two cultures, is very relevant in any multicultural society,” she adds.

Jacques Bessenger, Doen Lotz, Marcel van Heerden, Roeline Daneel, Brendon Daniels and Ernest St Clair also star in this critically acclaimed film. Krotoa was produced by the SAFTA award-winning film company, Penguin Films, in association with kykNET, the NFVF and the DTI. The film will be released on the 4th of August 2017 (Women’s Month) and is the perfect way to celebrate the lasting impression women have had on the South African nation. The film is distributed by Ster-Kinekor Entertainment.

The other awards include:

– Award of Excellence at the International Film Festival for Women, Social Issues and Zero Discrimination

– Best of Show at the Depth of Field International Film Festival

– Best of Show at the IndieFEST Film Awards