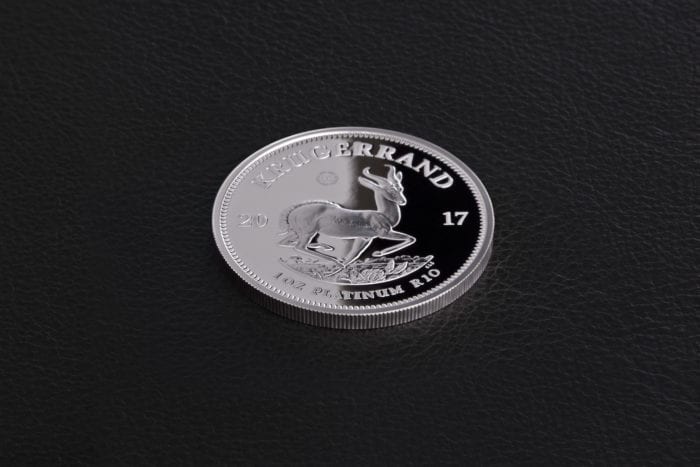 The Krugerrand brand has become synonymous with gold coinage the world over since it was first introduced in South Africa on the 3rd July 1967.

Issued under the authority of the South African Reserve Bank (SARB), the Krugerrand is the world’s leading legal tender bullion gold coin, designed for investment purposes and a more premium version is produced in limited quantities for coin collectors. The coins are minted by the South African Mint, a subsidiary of the SARB, in partnership with Rand Refinery. At inception, the Krugerrand was developed as a 1-ounce gold investment coin and interestingly, although Krugerrands are legal tender, they do not have a face value (denomination). The value of each coin is directly related to the value of its gold content, based on the daily gold price. Other gold bullion coins, on the other hand, have a face value (currency denomination – e.g. R50) that is significantly below the value of gold. In South Africa, the SARB guarantees the purchase of any Krugerrand tendered for the ruling gold price on the day, whereas with other gold coins, the issuing government only guarantees the face value (currency denominated on the coin). 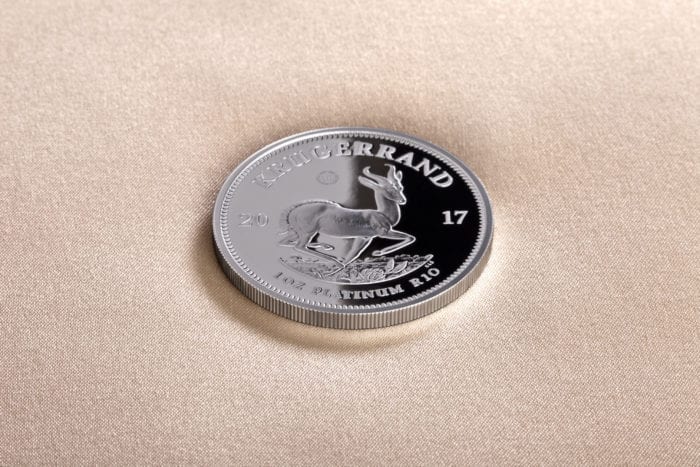 In 1980, fractional bullion Krugerrands were introduced in ½, ¼ and 1⁄10 ounces, as well as the collectible, proof-quality range of Krugerrands. The coins have only ever been available in fine gold, since the expansion of the range in 1980. In celebration of half a century of pioneering coin-making, the South African Mint has issued an alluring range of collectible Krugerrands, in addition to the four traditional gold bullion coins. Once-off, collectible coins to commemorate the 50th anniversary of the Krugerrand include new large coins in the massive 50-ounce and 5-ounce gold coins; as well as much smaller ones in the 1/20-ounce and 1/50-ounce gold coins. For the first time in 2017, the Krugerrand has been minted in metals other than gold; a Premium Uncirculated fine silver coin, a proof-quality fine silver coin as well as a highly desirable fine platinum 1-ounce coin. The iconic prancing springbok that the very first Krugerrand bore in 1967 has remained consistent on all new Krugerrands. Modern coin making technology has been used to enhance and accentuate the details of the design of all the new coins, across the various sizes in all different metals. 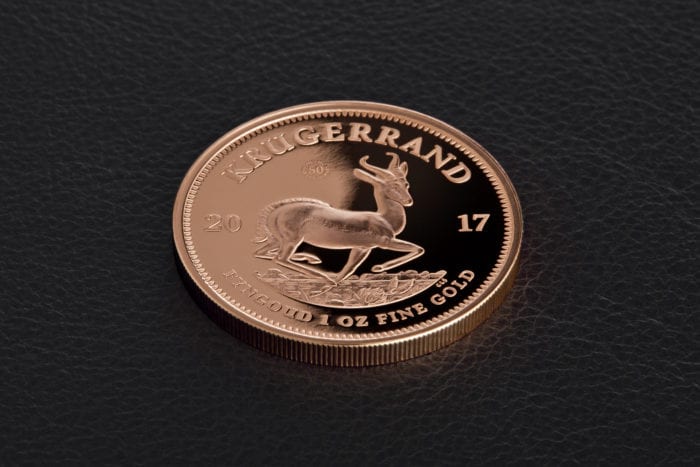 The Krugerrand today is the world’s most recognised gold coin, having been the first in this category. While many other countries have followed in issuing gold investment coins, they have done so with 24 carat gold, while Krugerrand coins are manufactured from 22 carat gold. The alloy material in the coins is copper, which was chosen to enhance hardness and therefore durability of the coins. Krugerrands, therefore, live beyond any of their 24 carat gold counterparts, as they are harder and have stood the test of time. To honour the legacy of this South African icon, a book released in February 2017, Krugerrand Golden Jubilee was written by Professor Francois Malan. The book gives a definitive narrative on how the Krugerrand became the world’s favourite gold bullion coin and follows a neat chronological order of events while offering insights into the coin’s early life, tumultuous growth years through apartheid and sanctions to the legend it has now become. The complete range of 2017 anniversary Krugerrands, Krugerrand Golden Jubilee book and other collectible coins commemorating various flora, fauna and prominent South African icons and events, can be found at the South African Mint’s retail shop, Coin World, and at the South African Mint premises on Corner Old Johannesburg Road and Brakfontein Interchange.