In association with Concerts SA, Vuma Levin presents the national tour of his second studio album, Life and Death on the Otherside of the Dream.

Matching his virtuosity, Vuma will be surrounded by an impressive array of locally based and international musicians. The five performances in Johannesburg will feature Vuma himself, Bernard van Rossum (UK/Netherlands), Xavi Torres Vicente (Spain), Peter Auret, Benjamin Jephta, Bokani Dyer and Marcus Wyatt. In Cape Town, the five performances will include Bernard van Rossum, Andre Petersen, Shane Cooper, Jonno Sweetman and, of course, Vuma Levin. Lastly, for the Durban leg of the tour, Vuma will do a special duo collaboration with renowned pianist, Neil Gonsalves. Asked about this album launch tour, Vuma says: “This music is, on the one hand, a personal reflection on the last seven years that I’ve spent in the Netherlands in a kind of self-imposed exile away from home. On the other hand, it is a broader reflection on the crises of the post-Apartheid South African self at home, in the diaspora and in an age of globalisation. Finally, by presenting a series of songs that are deeply hybrid in nature the album is an attempt to implicitly respond the commodification and fetishisation of African art and the cliched ‘single story’ told about South Africa and its people in the West.”

Vuma makes use of digital samples and prepared instruments and fuses, contemporary jazz, rock, hip-hop, pop and South African musical forms such as marabi, goema and Nguni-Sotho choral and gourd bow song. All of this hopes to capture and articulate the unique sonic landscape of South Africa and its people whilst still being sensitive to our place as agents in a global order. Born and raised during the unstable interregnum years of post-Apartheid South Africa, guitarist Vuma Ian Levin’s music is an attempt to interrogate conceptions of identity, nation, culture, power and being both globally and in the emergent, post-1994 national democratic project. Beginning his studies in jazz at age 18, Vuma received lessons from guitar legend, Johnny Fourie. He completed a National Diploma at the Tshwane University of Technology going on to be presented with the best Guitarist Award (2008). In 2009, he was selected as the guitarist in the Standard Bank National Youth Jazz Band, which culminated in a performance at the Grahamstown Jazz Festival and later at the Standard Bank Joy of Jazz Festival. 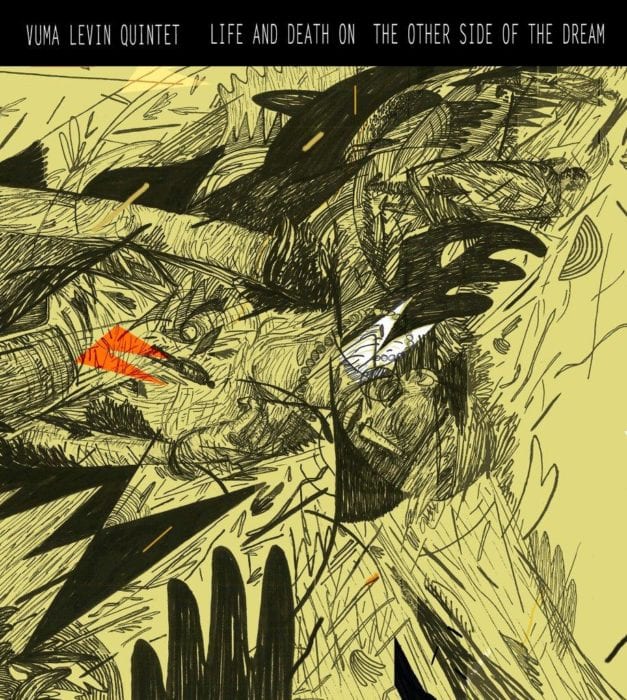 Vuma went on to attend the prestigious Conservatorium Van Amsterdam where he graduated and earned the Non-EU Talent Scholarship to finance his master’s study. In 2014 he won the 2nd prize in the National Leg of the Keep an Eye Jazz Awards. He went on to win the 3rd prize, incentive prize and prize for the most original band in the international leg of the Keep an Eye Jazz Awards, which featured bands from New York, Helsinki, Amsterdam, Vienna and Philadelphia. In 2014 he was nominated for the Dutch Eindwerk Prijs and went on to be announced as one of the 9 national finalists. In 2015, he was selected as a finalist in the Dutch Keep an Eye: The Records awards. In 2016, Vuma won the national leg of the Keep an eye Jazz awards and came third in the international leg, featuring bands from Sienna, Boston, New York, Barcelona and Amsterdam. Finally, in the same year, Vuma graduated from the Conservatorium van Amsterdam cum laude and was announced as a semi-finalist in the Montreux Socar International Jazz guitar competition in which he placed in the top 8.

Finally, Vuma has released two solo albums – The Spectacle of An-other and Life and Death on the Otherside of the Dream – and recorded on 3 others (Aspire and Idefix by Aurelio Project, Phatsound), the first of which received a 4-star review from the Netherlands’ largest Jazz publication “Jazzism”. Vuma Levin South African National Tour is supported by Concerts SA through the Music Mobility Fund, a funding mechanism which offers opportunities for South African musicians to undertake live music tours. Concerts SA is a joint South African/Norwegian live music development project housed within the SAMRO Foundation. Concerts SA receives financial, administrative and technical support from the Norwegian Ministry of Foreign Affairs, SAMRO, the SAMRO Foundation and Concerts Norway. Working with musicians, promoters, venue owners and audiences, and providing support to the sector through research and skills development for music professionals, the project aims to build a vibrant and viable live music circuit in southern Africa. It also aims to develop an interest in and appreciation of live music by showcasing music performances and conducting workshops at schools. For more information please visit Concert SA’s website, follow @ConcertsSA on Twitter or like them on Facebook. 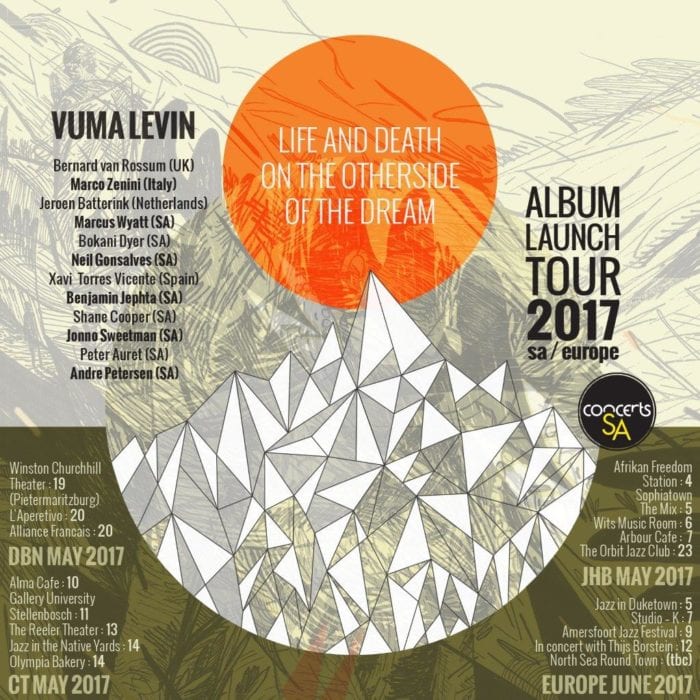