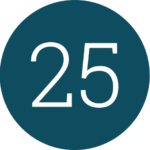 Alan Webster, from Stirling High School, East London, took over as Director of the Standard Bank National Youth Jazz Festival in 2001. Creative Feel contacted him to find out the history and future of this important intermediary in many of South Africa’s jazz musicians’ careers.

Creative Feel: Congratulations on 25 years of the Standard Bank National Youth Jazz Festival. Please tell us about the ‘birth’ of this jazz festival. How did it come about?

Alan Webster: The NYJF began in 1992 as the idea of Mike Skipper, head of music at St. Andrews College and Diocesan School for Girls, who invited teachers and pupils at selected high schools to attend a three-day festival where Darius Brubeck would give some guidance in jazz education focused on high school jazz programmes. The festival started with 43 students and three teachers and was so successful that it rapidly attracted large numbers of participants such that now there are over 300 students from all over South Africa, along with 50 teachers, 100 lecturers and performers, with a full administrative staff as well. [I] took over as Director of the festival in 2001. Lesley McQuaid was Administrator of the NYJF from 2001 to 2004/5; Donné Dowlman was Festival Administrator from 2005 to 2013, and has since been Festival Manager; whilst Matthew Boon became Production manager in 2014.

A National Schools’ Big Band was selected in 1995 for the first time, and from 1998 students from tertiary institutions began to attend, with the selection also of a Standard Bank National Youth Big Band. A third band – the small Standard Bank National Youth Jazz Band – began to be selected from 2001, drawing the cream of the improvisers, and playing South African jazz written and arranged by the conductor of the band: Marc Duby (2001), Barney Rachabane (2002), Darius Brubeck (2003), Carlo Mombelli (2004), Zim Ngqawana (2005), Brian Thusi (2006), Andrew Lilley (2007), Neil Gonsalves (2008), Feya Faku (2009), Mike Campbell (2010), McCoy Mrubata (2011), Paul Hanmer (2012), Marcus Wyatt (2013), Mark Fransman (2014), Concord Nkabinde (2015) and Carlo Mombelli (2106). Many of the young players selected to these national bands have gone on to forge significant careers in professional jazz, providing a critical foundation for the strengthening of South Africa’s jazz heritage.

Standard Bank took title sponsorship of the NYJF in 1998 and has continued to be the central, naming sponsor over the past decade. Additional funding has come from SAMRO, Mmino, ProHelvetia, and the governments of The Netherlands, Sweden, Norway, the US and Switzerland. The NYJF has also had a multi-year exchange programme with the Stockholm Jazz Orchestra through the Swedish-South African Culture Partnership Programme, through the Department of Arts and Culture and the Swedish International Development Cooperation Agency whereby Swedish students and musicians have performed in Grahamstown and the Standard Bank National Youth Jazz Band has performed in Sweden.

The festival, sharing the audiences of the National Arts Festival, has become the most significant jazz development programme in the country, and its reputation for innovative performance from across the South African jazz spectrum – established and youth – is also becoming renowned. The NYJF is now incorporated within the Standard Bank Jazz Festival, Grahamstown and forms the official Main Jazz Stage of the Festival, with three top-class performances per night. Professional jazz performers and educators from around the country acknowledge its importance and happily agree to be lecturers, making the NYJF a vibrant, professional barometer of South African jazz and its future. The festival attracts the best jazz musicians in South Africa, and has hosted musicians from Argentina, Australia, Austria, Belgium, Benin, Brazil, Britain, Bulgaria, Canada, Denmark, Finland, France, Germany, Greece, Iceland, Ireland, Israel, Italy, Japan, Mexico, Mozambique, The Netherlands, Norway, Portugal, Russia, Senegal, Serbia, Slovakia, Slovenia, Spain, Sweden, Switzerland, Taiwan, the US and Zimbabwe.

CF: You have managed to build the Standard Bank Jazz Festival and its youth component into a very important part of the NAF. It has a great reputation and a loyal following of jazz lovers that grows every year. How have you managed to sustain this?

AW: The Standard Bank Jazz Festival, Grahamstown is a festival run by musicians for musicians, attempting to be a barometer of jazz in SA each year. We attempt to reinvent the festival every year, surprising audiences, musicians and students. So, we have a passion for the art form and give freedom to the musicians to express themselves, hoping to inspire all facets of the SA jazz scene. On top of that, we have 350 excited students and teachers together with the musicians for a week, making for a ‘jazz buzz’ that, I am often told by our visiting musicians, is unmatched around the world!

CF: We are interviewing Benjamin Jephta for this issue, and once again you have managed to find an excellent artist who is also an incredible, likeable and humble person. How do you do that?

AW: There has been a noticeable growth in the South African jazz industry over the past two decades – our schools are teaching serious jazz, as are most of our universities, and there are more and more opportunities for musicians. In Grahamstown, we feel that the part we have played in this development has been the unique opportunities for collaboration that SA musicians have had, and the chance to hear some of the world’s best musicians and, even more importantly, really meet them and hang with them on the DSG campus, making us just part of the world. That combination of factors has begun to pay dividends for our national jazz culture, producing the quality of Standard Bank Young Artists that we have been proud to have. 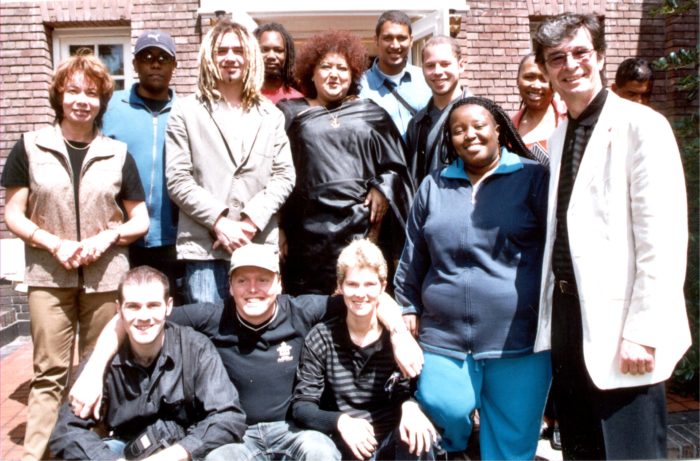 CF: There is a rumour making the rounds that there have been some interesting developments for the festival this year? Are you able to let us know what they are?

AW: It’s not a rumour – we pride ourselves on always having interesting developments! In the same way that jazz musicians constantly push their boundaries and alter the way they present themselves, we try to surprise audiences and musicians every year with the array of performances we put on. One theme that has run through the programming this year has been a celebration of 25 years of the Standard Bank National Youth Jazz Festival, and the programme is thus threaded through with examples of interesting young players who have gone in different directions in music, who had some of their first experiences of jazz in Grahamstown as kids. And we have once again managed to find some spectacular South African and foreign acts that will blow away the NAF audiences!

CF: The Standard Bank Jazz Festival is renowned for its collaborations between South African artists, Standard Bank Young Artists and international artists. What would be your dream collaboration, if money, distance and age didn’t matter?

AW: We have a long list of those and are working through them slowly! We have managed to bring in musicians of the international standard of Maria Schneider to work with South Africans, so dreams do come true if you keep working. There is a list of musicians – from Herbie Hancock to Joshua Redman to Wynton Marsalis to Jacob Collier – that we are working on getting to Grahamstown somehow to play with our South African stars! One of the stars coming this year has taken me 17 years of pleading to get here, and he’s going to be worth it!