Being the longest running competition of its kind in South Africa, Sasol New Signatures has played a pivotal role over the years in unearthing local artists and promoting them to the art-loving public. This year’s competition intends to remain true to this legacy by looking for those hidden artists that want to break into the mainstream.

“As a collector and corporate supporter of the arts, Sasol understands the importance of discovering new talent and providing a platform to showcase it. For us, this is one of the many ways we contribute to meaningfully celebrating South Africa’s heritage and capturing its essence for the benefit of current and future generations,” said Elton Fortuin, Vice President: Group Communication and Brand Management at Sasol.

Held annually in partnership with the Association of Arts Pretoria, the competition is open to all South African artists who are 18 years and older, who have not yet held a solo exhibition. A solo exhibition entails a body of work of at least 20 works exhibited in a commercial gallery. Artists can submit their artworks in all artistic mediums – painting, drawing, printmaking, sculpture, photography, performance art, video and installations. As part of the competition, there will be Information Sessions taking place across the country from end-April. The purpose of these sessions is to educate emerging artists on how they can produce and submit winning work, thereby contributing to improving the quality of entries every year. Furthermore, there will also be National Feedback Sessions at the various selection points countrywide. There, artists who’ve submitted their works will have the opportunity to find out from the judges why certain entries were accepted and others not. The intention is to assist aspiring artists to grow and guide them on how they can further better their art. Contemporary, innovative and emerging artists wanting to “be discovered” are invited to submit their artworks at one of several collection points around the country between 10:00 and 16:00 on Thursday, 29 June 2017 and Friday, 30 June 2017.

The final round of judging where the winners are chosen takes place at the Pretoria Art Museum. Works are judged individually, based on the concept, use of material, quality of craftsmanship, and skill demonstrated. The Judges for 2017 are Dr Pieter Binsbergen (Chairman), Nelmarie du Preez (Overall winner 2015), Prof Raimi Gbadamosi (University of Pretoria), Cecile Loedolff (Sasol), Mary Sibande (Artist) and Gabriel Clark-Brown (Publisher and founder of South African Art Times). The winner of the Sasol New Signatures Art Competition will be announced on 30th August 2017 at a gala event, after which the winning works will be displayed at the prestigious Pretoria Art Museum from Thursday, 31 August 2017 to Sunday, 8 October 2017. The winner will receive R100 000 and a solo exhibition at next year’s exhibition, with the runner up winning R25 000 and the five merit award winners receiving R10 000 each. Zyma Amien, 2016 winner, will hold her first solo exhibition within the official exhibition later this year. “Artists who are working in a contemporary realm with current, cutting edge issues must consider entering this competition. The artwork is judged and not the colour, age or gender of the artist. The artwork should reflect the heartbeat of society. Due to the magnitude and the publicity that the Sasol competition generates; winning grants the artist the opportunity to highlight pertinent issues in public” said Amien.

For more information on the competition, artists can visit www.sasolnewsignatures.co.za.

Sasol is an international integrated chemicals and energy company that leverages technologies and expertise of our 30 100 people working in 33 countries. We develop and commercialise technologies, and build and operate world-scale facilities to produce a range of high-value product streams, including liquid fuels, chemicals and low-carbon electricity.

The Association of Arts Pretoria celebrates its 70th year of existence on Wednesday 27 September this year. The first New Signatures Competition (Nuwe Handtekeninge) was held in the Old Netherlands Bank Building from 10 to 22 July 1967 and was opened by Linda Goodman. The aim of the competition was to encourage young artists. Awards were given to seven artists for the categories of painting, sculpture and printmaking. The winners were Michael Heyns, Annette Besaans and Rika Roux (painting); Andrew Todd (sculpture); and Dalene Marais, Julian Motau and Maurice Kahn (printmaking).

Limited seats are available so booking is essential for these sessions. 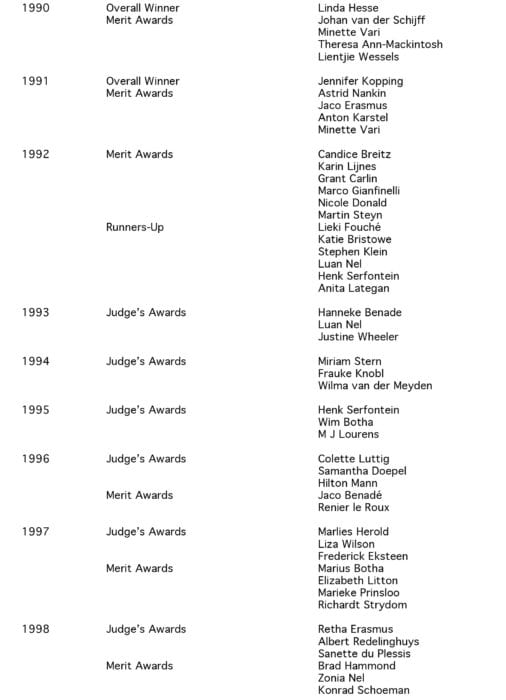 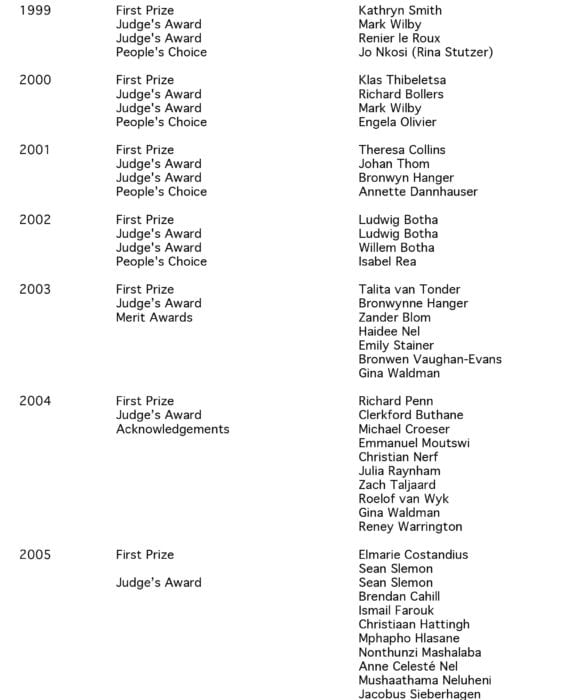 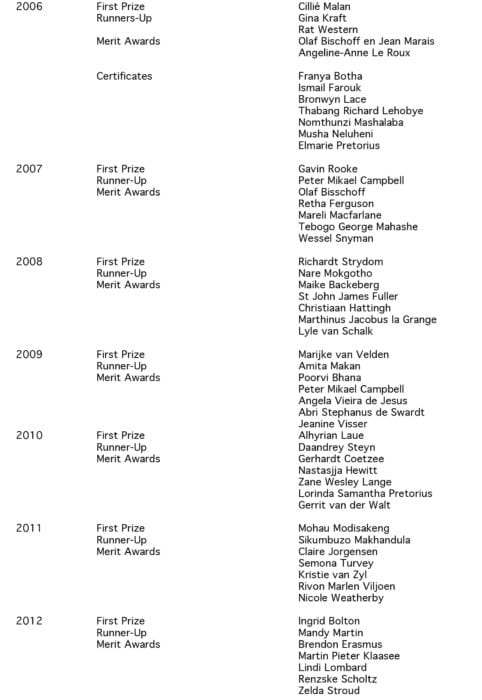 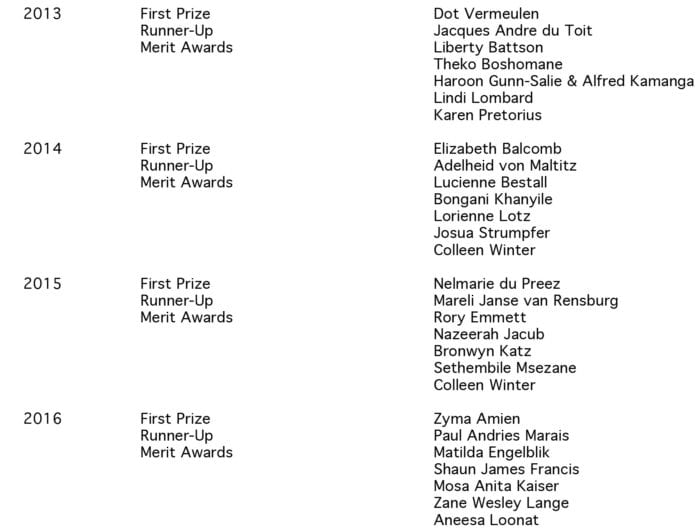