For the past four decades, Zimbabwean-born virtuoso guitarist Tony Cox has expressed his deepest thoughts and emotions through his family of guitars.

For the past four decades, Zimbabwean-born virtuoso guitarist Tony Cox has poignantly expressed his deepest thoughts and emotions through his nimble fingers and family of guitars. By pushing his guitar playing to its limits, this man – of little words in song – has told beautiful rich textured stories, thrilling audiences with his flawless, innovative technique and skill. Twenty album releases later, a clutch of awards and a lifetime of performing, Tony Cox has decided to put some meaningful lyrics and his voice to his compositions. 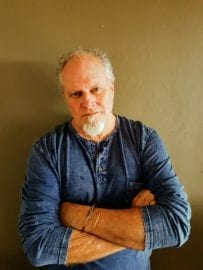 Tony Cox is one of that first wave of instrumental guitarists who brought awareness to guitar playing as art form in SA. For near three decades he has graced stages and audiences with his always rich and innovative playing. While this country has produced various virtuoso guitarists, what makes Mr. Cox stand out, and draws specific crowds to his many shows, is that in his playing heart always trumps technique, something which is conveyed in the emotive quality of his compositions and improvs. When I heard tell of Cox’s new release, I grinned in eager anticipation of hearing what his gilded hands would weave from his guitar’s strings next. To say that Enormous Flowers took me by surprise is an understatement. The production is excellent, robust yet delicately clear, and there is a variety of styles at play – from tongue-incheek Blues to folksy meanderings, to upbeat romps and funky stomps. But none of this is unexpected – Cox’s musical palette has always been highly diverse. What makes Enormous Flowers a watershed in his catalogue is that here, for the first time, Tony has unveiled himself as singer-songwriter, one with a sonorous, beautifully textured voice nogal!

The record opens in full swing – ‘Invisible’s sombre theme buoyed by robust instrumentation and a fulsome brass break; said energy rolls into the title track – all strutting bass lines and sassy, honeyed backing vocals. There is a certain naivety in Cox’s vocal deliveries – every syllable is carefully enunciated – which belies the new terrain of singing. But as a late-career debut Enormous Flowers pays satisfying and promising dividents – even when couched in a familiar genre Cox’s vocal arrangements are original and left-of-expected, and Tony’s quintessential optimism brims throughout – even when subject-matter, as on central romp ‘House of Parliament Blues’, concerns negative energies. The range of topics explored, and the voluptuous arrangements, indicate that Cox has been fashioning this album/direction for years, waiting for the right moment to unveil this distinct new side to his accomplished artistry. An unexpected virtue of Enormous Flowers is that, the focus having shifted from fretboard dexterity to a full house of instruments and songwriting itself, the occasional guitar solo or flourish glows in the spotlight of brevity. Lyrically, nature and Life’s affirmative essence outshines those elements (mostly man-made) that get Cox down, resulting in a perpetually uplifting feel to the album – it’s no accident that the title track observes the graceful audacity of tiny flowers growing on the heads and shoulders of massive buildings. Highlights include the Spaghetti Western tango of ‘Swinging in Style’, the luminescent introspections of ‘Straight Lines’ and ‘Battle Lost’, and ‘Good Morning’, where the platitude of the title becomes a touching and personal celebration of family. A richly colourful, fat surprise of an album! 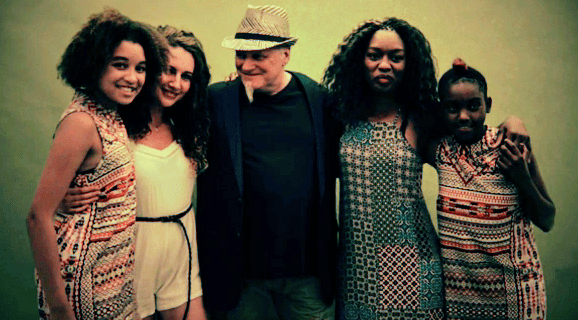 Expression is a word vigorously used amongst artists and duly linked to artistic integrity. Tony Cox, arguably in the top five of South Africa’s acoustic finger-style guitarists is no stranger to aficionado’s who follow the abstract tuning of guitar instrumentation. But what if that renowned guitarist suddenly does a turnabout and brings out a vocal / guitar album reeling in jazz subtleties. Unlike Appalachian guitarist Leo Kottke, once you hear the voice you wonder why the hell he never sang before.

Enormous Flowers is the latest Tony Cox package and their ain’t nothing like this before. The album is an easy listening Decameron of songs with relative meaning to all those who love this land of volatile changes. Backed by Mr Victor Masondo, a bassist of international repute, drummer Barry Van Zyl and keyboardist Roland Skippers, amongst others, Tony has pulled in a veteran caste in expectation of a corker album and my God he may just have pulled it off. Check out the heart sagging ‘Brother’, the warmth of ‘Good Morning’ or chill to the ‘Hammer’, this is one album that you will not tire of and deserves to be played as an essence in all Cape town coffee shops. Still in memory of the PW Botha township carnage the impressionist ‘Beast‘ smacks you dead center, a song that resulted in a volley of incoming phone-calls when I played it on the radio. Enormous Flowers is like no other and believe me they crack the pavement with lyrical stealth, possibly Tony’s most explicit work, almost a retired epitaph to years of hard time gigging. ‘Straight Lines‘ is the song and description of where this album is at, the latter recently played in the UK with a nod and thumbs up. Enormous Flowers is a beanstalk that reaches into heavenly dimension and their ain’t nobody who’s gonna chop it down, a timeless Christmas gift, so go and buy the album before its too late, in fact buy a few, the greatest gift anybody will receive. 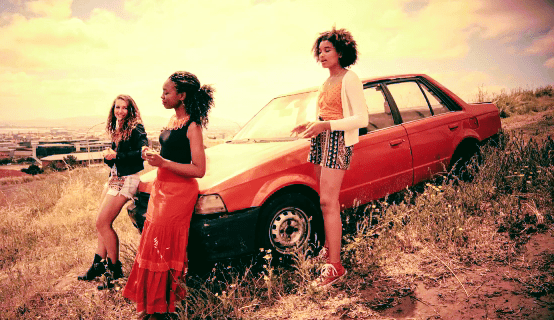 Enormous Flowers, Tony Cox’s latest release, unveils the singer/songwriter and here’s what some of the media are already saying: 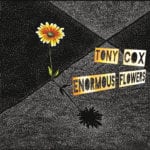 “A richly colourful, fat surprise of an album! The range of topics explored, and the voluptuous arrangements, indicate that Cox has been fashioning this album/direction for years, waiting for the right moment to unveil this distinct new side to his accomplished artistry” – Mick Raubenheimer, music critic 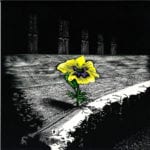 And for Tony, what are all these songs about?

‘They are dark, funny, whimsical and a few are political in nature, all are deeply connected to me as this person who lives here in South Africa, expressing what I think, feel, see and hear. I fervently hope my fellow South African peeps hear it and feel it too… that would be the cherry… Although I’m now a lot older but not yet f***ed, I still have a lot to do musically and so this is me now, songs, with lyrics’

The first single ‘House of Parliament Blues’ (now affectionately known as ‘Voetsek Shutup’) has received super traction. Already hitting over 43 000 views on Facebook and 5450 views on you tube, the song, and black comedy lyric video have struck a socio-political chord with many South African listeners and viewers evoking much feedback and commentary. Watch the lyric video here. The second single to be released is the foot-tapping feel-good track Enormous Flowers dosed with strutting bass lines and sassy, honeyed backing vocals. Listen to the track Enormous Flowers here. Whilst Enormous Flowers has been described by FMR as “a beanstalk that reaches into a heavenly dimension and their ain’t nobody who’s gonna chop it down – a timeless gift – don’t wait too long to enjoy a masterpiece of South African music at its very best”.