Msezane’s work seeks to map out how the process of commemorative practice informs constructions of history, mythmaking, and ultimately addresses the absence of the black female body in the monumentalisation of public spaces.  By examining past and present representations of black women in South African public and private domains, Msezane focuses on the absence of iconic black women in history and mythology.

Though Msezane is most known for her public performance practice, Kwasuka Sukela: Re-imagined Bodies of a (South African) 90s Born Woman presents sculptural installations that speak to the interplay of public and private domains. Collectively these works narrate resistance and self-assertion in response to dominant ideologies in the public space.

Msezane writes, “With an awareness of this history that continues to grip South Africa, there is a paradox in the finery of Victorian furniture and dress, in that it is at once appealing and repulsive in what it stands for ideologically.”  She further explains, “The women I have depicted in my family, encapsulated in colonial furniture, allude to this. While the circumstances of their time dehumanised black women, their portraits reveal full consciousness of their own representation. Through my work I have explored the need to resist domination and assert self-definition, and inversely, I have expressed the need to simply be.” 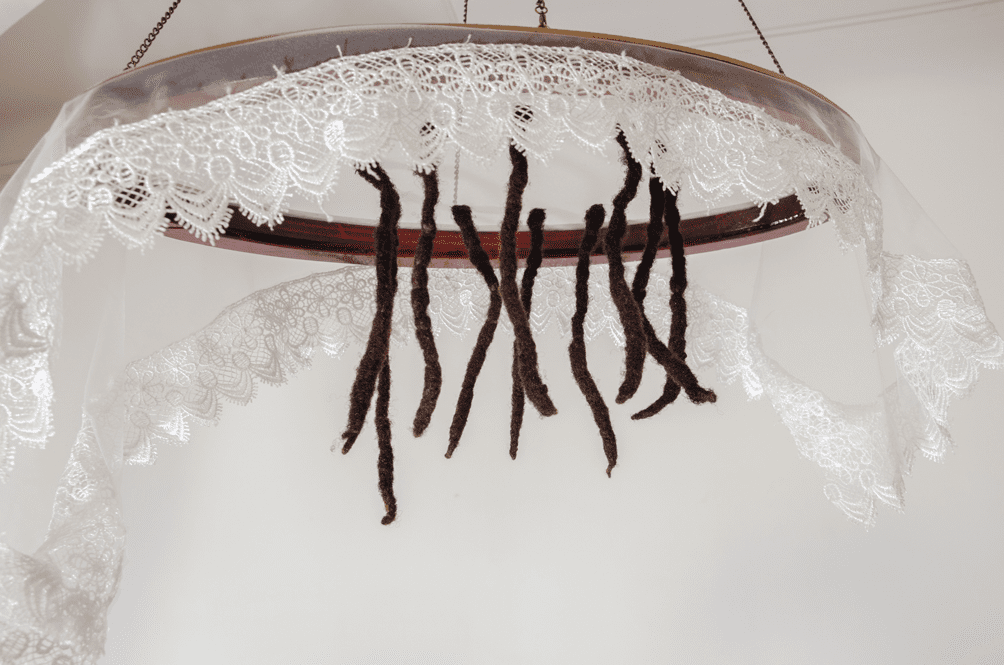 Sethembile Msezane is a multidisciplinary artist currently completing her Masters in Fine Art at the University of Cape Town. Msezane is the TAF & Sylt Emerging Artist Residency Award winner (TASA) 2016, the first recipient of the Rising Light award at the fifth edition of the Mbokodo Awards, a Barclays L’Atelier Top 10 Finalist (2016) and a Sasol New Signatures Merit Award winner (2015). Her work has featured in exhibitions and festivals throughout the world. Msezane’s performance piece, Excerpts from the Past is featured at the Institute for Creative Art’s (ICA) Live Art Festival.

Creative Feel: Please tell us a bit more about your work, Excerpts from the Past, which you will be performing at the ICA’s Live Art Festival?

Sethembile Msezane: This work is a kind of portal in time from the colonial era to the present. In this performance associations of belonging, dislocation, displacement and contested claims to (African) land are narrated through various sound clips collated from the colonial and/or apartheid era to present. While men have historically dominated these conversations, women have had some influence and involvement within these tensions. Looking back into the past this performance will bring together these dichotomies in the present.

CF: What message/thought do you hope audience members will take from your piece?

SM: This performance is quite provocative and asks the viewer to engage with issues that might cause discomfort. I would like for viewers to either be able to identify with the work or question their discomfort.

CF: In this work and many of your others, you wear a beaded veil, what is the symbolism of this?

SM: The beaded veil is motif I use largely in my public performances as living sculpture and some of my other performances. I use the veil as a way to shift the attention away from me as an individual with my own identity, and place it onto the figure I’m embodying within that performance. It is also a way in which women who encounter these performances can identify with the figure personally or through other women they may know. In doing so these women can begin to consciously claim the spaces in which they exist.

CF: Your work, particularly that which addresses the representation (and lack thereof) of the black female body in public spaces, is garnering positive attention in the media. Have you felt the same positivity from the public interacting with/witnessing your works or is there a sense of resistance?

SM: People react in different ways when they are confronted by my public performances. The emotions I’ve witnessed range from confusion or surprise to intrigue or even anger. In a piece titled Love in the Time of Afrophobia (2015), I stood statuesque with my arms outstretched, wearing a skirt with African flags and stood on a plinth with the message ‘I breathe like you. I bleed like you. Hug a fellow African’. People read the message and took the brave decision to hug me even though they could not see my face or hear my voice. One of the people whilst hugging me sobbed a little and whispered ‘thank you for supporting us’. That moment is still one of the most memorable to date. This performance was in response to the spurt of violence against African nationals that the media labelled as ‘xenophobic attacks’ in April of 2015.