The Playhouse Company, KwaZulu-Natal’s premier theatre destination, has announced its anticipated line-up for 2016.

‘We are delighted to announce The Playhouse Company’s plan for 2016, and cordially invite you to visit the Playhouse this year. On the programme is a wide variety of productions that are often thought-provoking and challenging, but all the while entertaining and informative,’ says CEO and Artistic Director, Linda Bukhosini.

From 8 February to 18 March 2016, The Playhouse Company’s 2016 Schools Programme will feature I Am, an environmental education production for primary schools performed by the Playhouse Dance Residency, and Poetry Setworks, a dramatisation of Grade 11 and 12 poems. Both productions will tour to schools in KwaZulu-Natal, as well as playing two shows per day at The Playhouse Company.

Hosted by The Playhouse Company, Hamlet will also be presented for schools in February/March.

This year’s exciting Ingoma Competition will take place at the SJ Smith Stadium (eWema) in Lamontville on 19 March. This exhilarating competition of traditional Zulu dance styles is one of the highlights on The Playhouse Company’s calendar, and draws thousands to the stadium each year. Entry is free.

Especially for Easter, The Playhouse Company will present Songs of Praise, featuring the KZN Philharmonic, leading soloists and the Playhouse Chorale for two performances only over the Easter weekend.

In May, the Company’s annual cutting-edge festival of dance and drama, New Stages will 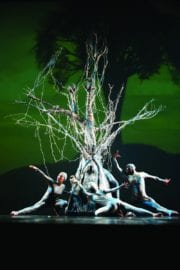 feature several compelling works. This exciting annual season is unique and relevant as most of the productions carry a profoundly powerful message for South Africans, touching on such pertinent themes as transformation, race relations, social cohesion and the experience of exiles returning to new challenges in our promising democracy.

In A Voice I Cannot Silence, South African theatre giant Ralph Lawson plays celebrated South African author, Alan Paton in a play that movingly and empathetically examines the life of Paton through his own words, stories, poems and autobiographies. Exploring weighty and often controversial issues such as Paton’s position within the Liberal Party, his years as principal of the Diepkloof Reformatory, his belief in and struggle for human rights, and the complexities of his personal relationships, A Voice I Cannot Silence is written by Lawson and Greg Homann, directed by Homann and features Lawson, Claire Mortimer as Paton’s second wife, Anne, and Menzi Mkhwane as Sponono, a former Reformatory inmate. Set design is by Nadya Cohen, ‘soundscape’ by Evan Roberts and lighting design by Michael Broderick.

The Cenotaph of Dan Wa Moriri is a cleverly-constructed one-hander examining the intimate story of a father-son relationship recalled and reconstructed through memory, snippets of conversation, musical excerpts, truths and half-truths. The sincerity of this highly personal narrative explores themes of relationships, loss and longing. Directed by Gerard Bester and starring Tony Miyambo, The Cenotaph of Dan Wa Moriri leaves audiences reflecting on their own lives and individual histories.

In The Imagined Land, written by South African playwright Craig Higginson, we witness the story of three dynamic individuals who are wrestling with their pasts and with how they fit into modern-day South African society. Drawing on echoes from the lives of Doris Lessing and Nadine Gordimer, the play tells of a well-known female writer (Fiona Ramsay), her daughter (Janna Ramos-Violante) and a Doctor of Linguistics (Nat Ramabulana ),whose inspiration comes from the pages of the author’s books. Directed by Malcolm Purkey, The Imagined Land is a new state-of-the-nation play for our troubled, troubling times that looks at how we represent ourselves – and others – through narrative. It is gripping, witty, sexy theatre that evolves into a timely meditation on some of the central dilemmas of our time.

Choreographed by acclaimed choreographer, Sean Bovim, and featuring the dancers from both the Playhouse Dance Residency and Bovim Ballet, Romeo and Juliet tells Shakespeare’s age-old story of star-crossed lovers and family feuds in a dance work set to delight lovers of ballet and contemporary dance. Audiences can expect an exciting fusion of classical music and well-known hits from The Beatles.

For Women’s Month in August, The Playhouse Company will present its famed South African Women’s Arts Festival (SAWAF). The Festival will feature drama, music, slam poetry, open mic and intergenerational dialogue sessions, a Children’s Day, an Open Day and a number of exhibitions. This Festival is an annual must-see!

In September, The Playhouse Company will once again host its annual Iscathamiya Competition, which sees hundreds of performers from around KwaZulu-Natal converge on the Playhouse to compete for various prizes and, especially, the honour of winning this national contest. Beautiful voices, swanky costumes and slinky moves are the order of this all-night annual spectacular.

September is also Shall We Dance time. This overwhelmingly popular dance spectacular draws capacity audiences every year, so early booking is advised.

Just in time for the festive season, The Sound of Music will open in the Playhouse Opera Theatre on 24 November, and feature some of South Africa’s best-loved performers. Directed by Ralph Lawson, this much-loved family favourite will also star the KZN Philharmonic Orchestra, the Playhouse Dance Residency and many more. Patrons are advised to book early at Computicket.

Every month, The Playhouse Company features up-and-coming performers in its free lunchtime Test-Driving the Arts programme, while its Sundowners concerts showcase more established musicians and poets one Friday evening each month, once again free of charge.

For a fascinating behind-the-scenes look at the world of live theatre, why not take a tour of the Playhouse complex. Bookings can be made by calling the Playhouse Box Office on (031) 369 9540. 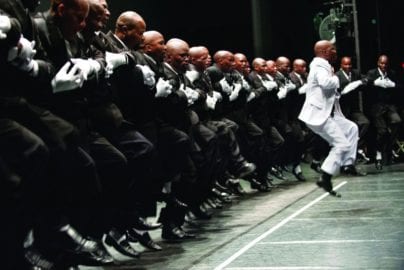