The result of a two-year collaborative effort involving Rand Merchant Bank and the Workhorse Bronze Foundry, the 13-metre long prototype RMB THINK Bench is in its final stages of production, destined for prominence in the courtyard of Merchant Place, located in the heart of Sandton’s financial district. 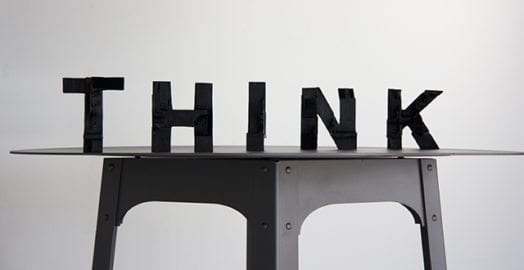 Public benches are both functional and attractive. In parks, they encourage visitors to rest, chat, and appreciate their surroundings. In busy spaces, they are excellent stopping spots for people-watching, reading newspapers, meeting friends or sipping a takeaway coffee. They invite a pause; time taken from a relentless day to reflect, appreciate, daydream and communicate. Ultimately, they provide the perfect place to stop and think.
In 2013, RMB’s Carolynne Waterhouse briefed established artist Louis Olivier of the Workhorse Bronze Foundry to conceptualise and produce a significant sculptural tribute to RMB’s THINKING Brand. The bigger vision is to install the first edition of the THINK Bench on the RMB campus, and then to offer this mighty, functional work of art to those universities around the country with the appetite to provide the location, lighting and security – to best set up the THINK Bench installation for regular and successful use by students.
Olivier has completed a number of commissions for RMB, including an editioned set of bronze and stainless steel bookends as a client gift, featuring both a thinking woman and a thinking man – figures reminiscent of Rodin’s famous bronze sculpture The Thinker, conceived in 1880 and representing Dante.
The popular ‘DIFFERENTLY. THINK.’ bronze and concrete bench at the street level entrance to Merchant Place was RMB’s contribution to Sandton’s Benchmark Project and again, it was Louis Olivier’s work – his first publicly located piece. 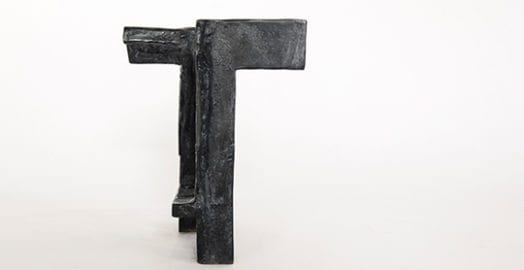 Over time, Olivier has assisted William Kentridge, who has created several sculptures that visually disintegrated and then coalesced into discernible images from set viewpoints. Think of Fire Walker, for example, the eleven-metre tall sculpture created by Kentridge and Gerhard Marx, and installed on a traffic island in Newtown, just across the Queen Elizabeth Bridge. The sculpture comprises a seemingly haphazard collection of exploding shapes unless viewed from a particular perspective, when a street vendor walking with a fire brazier atop her head, comes into view.
Olivier recalls, ‘Kentridge’s work was a positive and major influence on my suggestion of creating a functional bench, that spells “THINK” from one side, and from another appears to be life-size figures interacting at different angles.’ What could be more appropriate for a university?
The RMB team were intrigued, as the project is ultimately expected to reach beyond RMB and appeal to talented students. They suggested that Olivier involve a diverse collaboration of student artists in the THINK Bench initiative, giving them the opportunity to be mentored by Olivier and develop their skills. Allen Laing and Nkhensani Rihlapfu came on board as assistant artists and were involved in the conceptual development of the work, while George Holloway joined in later to work on the technical side, particularly with upscaling the modelled pieces. 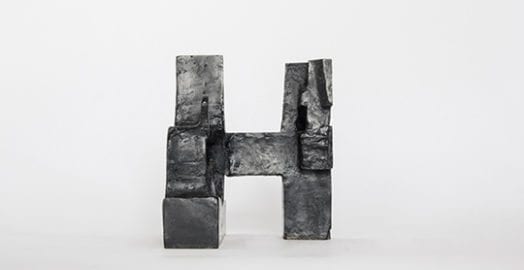 In the development of the design, Laing suggested using Renaissance artist Raphael’s The School of Athens as an inspiration for the ‘philosophising’ figures that make up the bench. Raphael’s most famous fresco, painted between 1509 and 1511, today decorates a wall of the Apostolic Palace in the Vatican in Rome, and depicts some of the greatest thinkers and philosophers of Ancient Greek civilisation. This masterpiece epitomises a period of economic prosperity, cultural expansion and intellectual growth. Completed in the 16th century, Raphael’s idealistic, historical interpretation praises the virtues of learning, curiosity, shared knowledge and innovation and remains a timeless celebration of human ingenuity and creativity – the ideal fit for RMB brand’s personality.
Aristotle, Pythagoras, Archimedes, Zeno, and Socrates are believed to be some of the figures shown, with several represented by the likenesses of the artistic luminaries of the Renaissance, including Michelangelo as Heraclitus and an elderly Leonardo da Vinci as Plato, a central figure in the composition (just as in the history of philosophy). Raphael, immodestly, also snuck in an old-style selfie in this esteemed roll-call, possibly portraying himself as the ‘personification of love’. Interestingly, Raphael’s painting was a commissioned work, like so many other Renaissance masterpieces, endorsing the importance of the patronage of art, and the need for ‘creative champions’ if great art is to flourish. 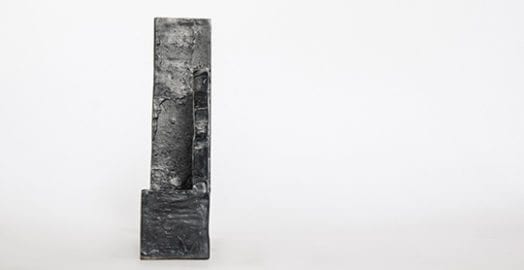 Olivier, along with Laing and Rihlapfu, developed and cast a bronze maquette for RMB, who in turn gave them the go-ahead for the next stage, mould-making. ‘It turned out to be quite an intense process to upscale the five maquette letters and refine them specifically for final production in concrete,’ says Olivier, ‘and they’ve changed shape, in a sense, just through the detailed process of establishing how to best install them on site. The end result is that we are slicing them up into manageable segments, to be cast (off-site) and reconstructed on-site – like a puzzle.’
For a work that instructs and challenges its viewers to ‘THINK’, the project itself has demanded a huge amount of thought from a variety of specialist thinkers, making up the creative force behind it and requiring intellectual wrangling every step of the way. Olivier notes, ‘it has been a “massive” learning curve, from the management, planning and process, to learning about the materials with the key being having the right person in the right process.’ 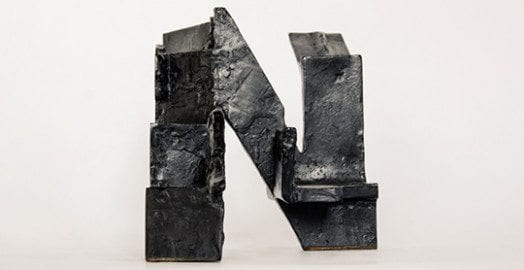 ‘And I must give RMB credit for their patience, support and agreed scope creep – including the budget flexibility that has been required in order to fully realise the potential of what is turning out to be so much more than a super-sized bench! From the initial exploratory budget we created the idea, and thought our way through what became a significant technical challenge. RMB’s belief in the Workhorse team hasn’t faltered and their encouraging challenge all the way is simply and strongly – by thinking together we’ll make this thing work.’
This project has been underway for the best part of two years, and has faced challenges and weathered the costly process of experimentation. ‘A couple of months back, things started to come together and we have now produced samples that we are happy with.’
A maximum of ten benches will make up this edition, although installation sites have not yet been confirmed.
After two years of dedicated work, the project is at long last entering the final stages, and discussion is underway as to exactly where the prized sculptural THINK Bench will be located, for lasting impact and optimal use. Throughout this evolving process, the Workhorse Bronze Foundry team has continued to build up the Foundry as a key supplier to William Kentridge and other sculptors, and Olivier has also somehow found time to continue with his own works. 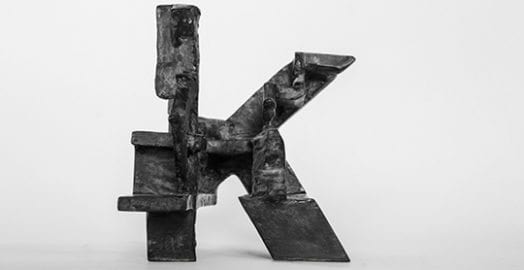 ‘I started off in 2009 with a body of works that was mainly about the male figure, but I’m moving away from that theme and focusing more on objects, and particularly objects in space that resonate with some form of beauty,’ he says. ‘Not necessarily making beautiful objects, but with enough intrigue to engage the viewer’s curiosity. I’m on a bit of a journey, taking a lot of inspiration from ‘60s and ‘70s British sculptors post war: Henry Moore and the artists that followed. They made a sculptured object without a big emphasis on conceptualising the idea in advance, as is common practice in the era that we’re in. I find it very difficult to establish this narrative about the work first and I prefer to make work, and then see what it comes out to, and what it communicates.’
This sentiment is one that has been echoed by many artists, and serves as a neat reminder that there are multiple ways of thinking – from the careful analysis, reflection and contemplation of the philosophers, to the practical and hands-on approach.
‘William [Kentridge] always says, “Let the making jump ahead of the thinking,”’ notes Olivier. ‘I find it more pleasing and more satisfying to just engage and make stuff, and as you make it, you discover where you’re going, and new ideas emerge. It’s always a journey, and I don’t think we’ll ever arrive, because the need to make something more is always ahead; and then to chase after the next thing, and the next – and then to actually see what it reflects back.’
The RMB THINK Bench will entice the viewer to explore its figures and shapes, inspired by the achievements of history, the thoughts, mistakes and genius of others. Only from the right vantage point does the viewer encounter the over-arching concept – that moment when it crystallises, and comes into full view. Just think about it.